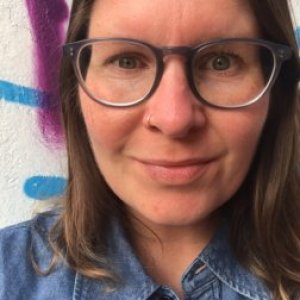 Melissa Avdeeff is an Assistant Professor of Communications, Culture, & Media at Coventry University. Her dissertation at the University of Edinburgh examined iPod culture and eclecticism of musical tastes, and the impacts on identity formation, and technologically-mediated sociability. Recently, she’s published book chapters on: Beyoncé’s Instagram use and presentation of self; the critical reception of the Twilight Saga soundtracks and trivialization of girl fandom; Beyoncé’s ‘7/11’ and the importance of the YouTube reaction videos in the evolution of girl/bedroom culture; and artificial intelligence popular music as a form of audio uncanny valley through a case study of SKYGGE’s Hello World.

Thesis: Finding Meaning in the Masses: Issues of Taste, Identity, and Sociability in Digitality

Thesis: From Girl Next Door To Sex Symbol: Representations of Women in Popular Music Magazines

Professors from the School of Beyonce talk Lemonade

Beyoncé’s surprise visual album Lemonade has been a lightning rod for discussion since its April 23 release — and we’re not just talking about the “who is Becky?” mystery probed by the tabloids. There’ also been a powerful academic reaction ... three professors who teach the way of the Bey share their Beyoncé 101.

Victoria’s Nelly Furtado turned in a unique performance of O Canada at the NBA all-star game in Toronto on Sunday, one that made the Grammy winner a trending topic on Twitter for all the wrong reasons ... “Personally, I’m not sure why people are so upset about it,” said Melissa Avdeeff, a popular-music-studies lecturer at the University of Victoria. “She altered the melody in a couple of places, but that didn’t entirely detract from the overall sense of the song.”

Discussion with Adam Stirling about the Men's Rights Activists groups in Victoria, BC.

What separates Beyoncé from Bach? Is it even fair to separate popular music and established classics? Melissa Avdeeff, a lecturer in the University of Victoria department of music, says a better question is: What do Beyoncé and her popularity tell us about ourselves, our community and our society? “I come at this music as a sociologist,” said Avdeeff, who returns to UVic this term for the second time to teach a course on Beyoncé. “I don’t find much worth in putting value judgments on it,” she said. “It’s better to ask: ‘What is Beyoncé’s music doing to society?’ or ‘How is it reflected in society?’ ” 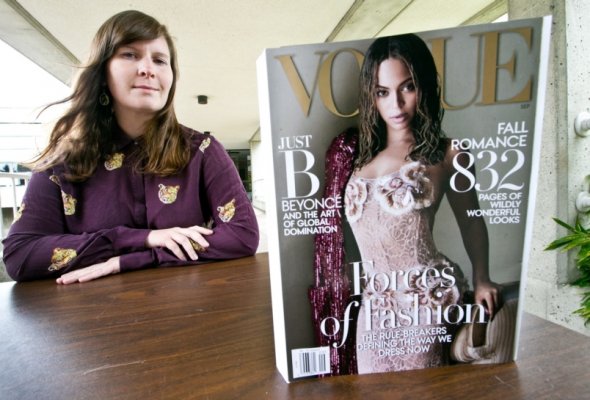 The University of Victoria and the University of Waterloo have dedicated courses to exploring the career of the superstar, who turns 34 on Sept. 4. "I thought she would be an artist that a lot of the students -- especially in this young 20s age range -- would be able to identify with.... They've pretty much had Beyonce in their lives their entire lives," said University of Victoria lecturer Melissa Avdeeff, whose course debuted in January and will return this fall. The introductory music course touched on everything from music video analysis to feminism and gender studies, tracking Beyonce's career trajectory from her girl-group days with Destiny's Child to solo stardom. "She's an artist that has stayed relevant culturally. She's had her hand in a lot of different cultural aspects -- not just her music," said Avdeeff. "She's also done a bit of acting. She's very active on social media and she presented a really interesting case study, I thought." Avdeeff said she devoted a section of her inaugural class to addressing criticisms of the course, including negative remarks posted in response to a Globe and Mail article. "Some of the comments I received were: 'I can understand having a course on someone like the Beatles or the Rolling Stones, but not Beyonce -- she hasn't been around long enough.' "It's good to document culture as it's happening so we have this record, so we see what's happened, so we see how it's reflecting in our society as we're living it."

'University of Victoria to offer course on Beyoncé

Ms. Avdeeff, who wrote a lot of her MA thesis at Hamilton’s McMaster University on how women are represented in popular music with a focus on Beyoncé, says her course will be about more than listening to music and watching videos. Ms. Avdeeff spoke with The Globe and Mail from her home in Edmonton. Despite your academic credentials, your sincerity and intentions, some people may look on this as a bit of a joke. What’s your response? The arts, in general, do get criticized a lot. But personally, I don’t see studying popular culture as any less academically or societally relevant than studying other forms of musicology like historical musicology or music theory. It’s important to have these courses. They get people thinking more critically about how they are engaging with media. They create more of an active consumer as opposed to a passive consumer of media. I am hoping students will question what they’re consuming and why they are consuming it and see the role it has in their everyday life.

'Victoria to offer course on Beyoncé

What are the big conversations going on right now related to popular music? Because the field is so diverse, there are so many different areas in it. I’m mostly involved in the music and technology side of it, so conversations I’m having are mostly related to social media and how artists negotiate the fan-artist relationship on social media, how it’s changed how we interact with artists. I also look a lot at YouTube videos and how it’s changing what live music means. There are a lot of people who study semiotics and approach popular music semiotically. There are also some just looking for ways to talk about popular music that will make it, I don’t to say more credible, but more in line with other musicology. How do you respond to criticisms that this discipline doesn’t count as much as history or English? Any popular media—music, TV, anything—you can look at it as representing our society as well as perpetuating it. So it’s giving us a mirror. To better understand ourselves, we need to look at what we’re consuming.

"Beyonce: Social Media, Authenticity, and the Presentation of Self"

"A Tribe Called Red: Aboriginal Popular Music and Social Media as a Potential Site of Cultural Exchange and Preservation"

The Music of Twilight: Battling for Authenticity

Chapter in: Fan Phenomena: The Twilight Saga. Edited by Laurena Isaker What happens when young female fandoms come up against the cultural elitism of indie music? This chapter explores how the Twilight soundtracks were received in the mainstream press. Through an examination of reviews and commentaries from established news sources, it is demonstrated that a division exists between critics. On the one hand, we find those who attempt to disassociate the indie aesthetics of the music from the feminized Twilight saga fandom, and on the other hand, recognition of the importance of mood and emotional engagement with music. Music is emotional, and so is reading the Twilight series; recognizing that these emotions are not just female reactions is important in bringing more acknowledgment of the credibility of young females’ fan experiences.

Beyonce and Social Media: Authenticity and Presentation of Self

Chapter in: The Beyonce Effect: Essays on Secuality, Race, and Feminism. Edited by Adrienne Trier-Bieniek This chapter primarily focuses on Beyoncé’s Instagram use, as it presents an interesting case study of the use of visual-based social media sites in celebrity branding, and a re-negotiation of the fan/artist relationship. This chapter explores different approaches to studying celebrity social media use, including Goffman’s presentation of self, parasocial interaction, and the circuit of culture, using Beyoncé as a case study. Superficially, Beyoncé’s social media relationship with fans appears to be primarily parasocial, but in examining aspects of follower reception, it is demonstrated that her Instagram use actually incorporates a form of reciprocal relationship with fans, as seen in her choice of thematic material, and presentation of identity.

Chapter in: Mediated Youth Cultures: The Internet, Belonging and New Cultural Configurations. Edited by Andy Bennett, Brady Robards. The relationship between youth and music, as mediated through technology, has been evolving since the advent of transistor technology and the production of portable music players. With the ability to take music into personal spaces, such as the bedroom, youth’s relationship with music began to alter dramatically. Today, smartphones, MP3 players and iPods, complete with ear buds and built-in speakers, dominate the technological landscape. The ways in which these technologies are incorporated into social relationships reshape not only how youth listen to and find meaning in music, but also how they define their musical tastes and, to a large extent, their behaviour in social situations. Through the results of a large-scale, empirical study, this chapter explores how taste and sociability are highly intertwined, with boundaries becoming increasingly blurred between people and technology, music and genre definitions, and artist and fan. Throughout, youth are categorised as those under 30, and while having only two broad demographics can be seen as problematic, the dataset showed statistically significant differences in mobile music device use and behaviours between those over and under the age of 30.