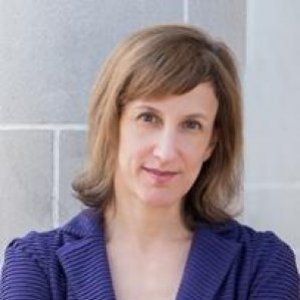 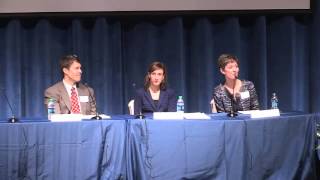 Melissa B. Jacoby is the Graham Kenan Professor of Law at the University of North Carolina at Chapel Hill and, for Spring 2016, the Robert M. Zinman Scholar for the American Bankruptcy Institute. She teaches bankruptcy, lending transactions, and contracts. In 2015, her research on corporate bankruptcy and secured credit won the Grant Gilmore Award from the American College of Commercial Finance Lawyers and the Chadbourn Award from UNC Law. She was the inaugural winner, in 2009, of the Byrd Award for teaching at UNC Law.

Jacoby clerked for the Honorable Robert E. Ginsberg of the United States Bankruptcy Court for the Northern District of Illinois and the Honorable Marjorie O. Rendell of the United States Court of Appeals for the Third Circuit. She also worked on a wide spectrum of bankruptcy policy and reform issues, principally as a staff attorney for the National Bankruptcy Review Commission. She graduated with honors from the University of Pennsylvania Law School, as well as Penn's College of Arts and Sciences, majoring in history.

2015 The Chadbourn Award is named for James H. Chadbourn, editor-in-chief of the North Carolina Law Review in 1930-1931, a member of the UNC Law faculty from 1931-1936, and a co-author of leading texts in civil procedure, federal court, and evidence. In 1933, while at UNC, Chadbourn bravely authored a controversial work titled "Lynching and the Law." This award honors a faculty member's distinguished law journal article.

2009 The Byrd Award is conferred upon a teacher whose courses are principally in the 1L curriculum, who teaches small classes or clinics or who employs a vigorous and creative classroom approach. As an expert in bankruptcy, contracts, corporate reorganization and secured transactions, Jacoby has a gift for presenting challenging material clearly to her students. She is known for her high expectations of students and praised for providing constructive feedback in her writing courses.

"In some ways, the student loan crisis resembles what we saw in the mortgage lending industry before the Great Recession," said Melissa Jacoby, a professor of law at the University of North Carolina at Chapel Hill and a resident scholar this year at the American Bankruptcy Institute. Jacoby said she expects bankruptcy filings will edge higher this year...

But Law Professor Melissa Jacoby, a bankruptcy expert with the University of North Carolina, tells WDET’s Quinn Klinefelter Detroit’s journey through Chapter 9 protection did change views on how active a judge can be in such cases...

"Even a Supreme Court reversal cannot immediately start to address Puerto Rico's financial crisis because the best-case scenario is to start another round of fights," namely whether the island is constitutionally blocked from impairing debt, said Melissa Jacoby, a bankruptcy professor at the University of North Carolina School of Law...

"Courts and creditors are rightly pushing back on arguments that sales need to be done so quickly," said Melissa Jacoby, a University of North Carolina bankruptcy law professor who has studied similar cases. "Bankruptcy is supposed to provide transparency and fairness and equal treatment, so it seems absolutely right for there to be more sunshine on the details of the restructuring."...

If someone tried to use the assets of an old company undergoing bankruptcy proceedings to form a new company, that might create a legal issue. “That’s a time when many questions will be asked by the trustee or creditor of the debtor,” said Melissa Jacoby, who studies bankruptcy and is a professor of law at the University of North Carolina at Chapel Hill...

Home ownership risk beyond a subprime crisis: the role of delinquency management

Beyond hospital misbehavior: an alternative account of medical-related financial distress

2006 Illness and injury have a significant financial impact on families, but recent news media reporting and lawmaker responses have framed these issues in terms of hospital mistreatment of the uninsured. In this article, we argue that the hospital misbehavior model ...

The Journal of Law, Medicine & Ethics

2002 In recent years, consumer debt and the bankruptcy filing rate have received substantial public and media I attention in the United States. That attention pales in comparison with widespread concerns and media reporting about health. Yet, both sets of ...

Rethinking the debates over health care financing: evidence from the bankruptcy courts

2001 In 1999, Professors Jacoby, Sullivan, and Warren undertook an empirical study of bankruptcy flings to understand better the circumstances that brought middle-class families to a state of financial collapse. The information gathered in the study, known as Phase III of ...

2000 This paper explores the financial impact of medical problems, using data from Phase III of the Consumer Bankruptcy Project, a survey of 1,974 individual bankruptcy petitioners conducted during the first quarter of 1999 in eight federal judicial districts. ...