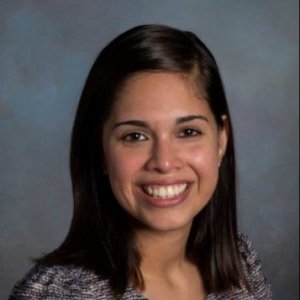 
Dr. Martinez is an expert on human rights, criminal organizations and post-conflict societies in Latin America.

An Assistant Professor of Political Science and International Affairs at the University of Mary Washington, Melissa Martinez teaches courses on Latin America and human rights. She specializes in human rights and violent non-state actors in Latin America.

Dr. Martinez has co-authored publications in the journals Political Science Quarterly and PS: Political Science and Politics. She also received the Pi Sigma Alpha Best Paper Award from the Southwestern Political Science Association. She is currently working on a few manuscripts that examine how naming and shaming countries over violations committed by state and non-state perpetrators affect changes in human rights violations.

In addition, Dr. Martinez will be virtually presenting a paper this year called "Compliance from the Northern Triangle at the Inter-American Court of Human Rights" at the American Political Science Association. This paper examines why the states of El Salvador, Honduras and Guatemala comply with certain rulings from the Inter-American Court of Human Rights.

Compliance from the Northern Triangle in the Regional Court

Interactive dialogue in the UNHRC: “Who condemns in an intergovernmental platform?”

Military and Police Visibility after Naming and Shaming

Difficult Commitments: Intercountry Adoption to the United States and Accession to the Hague Convention

How international in scope is publishing in political science? Previous studies have shown that the top journals primarily publish work by scholars from the United States and, to a lesser extent, other global-north countries. However, these studies used published content and could not evaluate the impact of the review process on the relative absence of international scholars in journals. This article evaluates patterns of submission and publication by US and international scholars for the American Political Science Review —one of the most selective peer-reviewed journals in the discipline. We found that scholars from the United States and other global-north countries are published approximately in proportion to submissions but that global-south scholars fare less well. We also found that scholars affiliated with prestigious universities are overrepresented, irrespective of geographic location. The article concludes with observations about the implications of these findings for efforts to internationalize the discipline.

Clearing the Pipeline? Gender and the Review Process at the American Political Science Review

Is the peer-review process at academic journals gendered? The answer to this question has important implications for the advancement of women in the political science profession. However, few studies have had access to data that can evaluate whether the peer-review process is gendered. We investigate this for papers submitted to the American Political Science Review across two editorial teams to identify trends over time. We evaluate overall differences across gender, but we also present more fine-grained data to evaluate gender differences across subfield, methodology, and submitting author’s institutional affiliation and academic rank. Furthermore, we show that prior service as a reviewer is associated with a higher acceptance rate for first-time submitters. We demonstrate that the review process is not gendered. Women’s share of submissions and acceptances has risen but remains lower than their presence in the discipline.

Do “Resource-Cursed States” Have Lower Levels of Social and Institutional Trust? Evidence from Africa and Latin America*