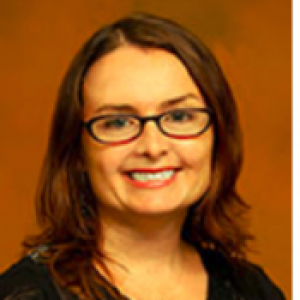 Dr. Melissa Powell-Williams is an Associate Professor in the Department of Sociology, Criminal Justice and Social Work at Augusta University. Dr. Powell-Williams' primary interest includes identity work in the areas of social movements, subcultures, and organizations. She has published in the areas of domestic violence victim advocacy, the Deaf Culture Movement, and support for marriage equality. Current research projects include police perceptions of body worn cameras, race relations and the media.

Life in the Neither World: Identity Work as Relational Negotiation of Authenticity and Stigma Management for Biculturally Deaf Individuals Living between Worlds

2017 Drawing on individual and peer-group interviews, participant observations, and analysis of media content, we examine the habitual emotional deviance and neutralization techniques employed by the Westboro Baptist Church...

“I help the ones that want help”: Emotion work and the victim advocate role

Are You ‘Deaf Enough?’

The ﬁrst day I was introduced to American Sign Language and the deaf community, I was informed that I would never be able to understand deaﬁiess and that the deaf world did not belong to me. The ﬁrst deaf person that I met was a culturally empowered deaf1 instructor who pointed to me and signed,“Do you think you’re better than me? You’re not. Do you think I want to be like you, to hear, I don’t. Do you think you’re here to ‘help’me? You can leave!” During break (when we hearing students snuck off to talk and “hear” freely) we fervently protested the audacity and arrogance of his assumptions. Though no one admitted to this for years, we had been forced to face our own ethnocentrism and “hearist” biases, and we resented it—we resented him. I felt particularly offended; since I had recently concluded nearly three full semesters as a sociology major and arrogantly imagined that I had learned my way out of such bigoted notions.

Religion, politics, and support for same-sex marriage in the United States, 1988–2008

We examine how religious and political factors structure support for same-sex marriage in the United States over the last two decades. Using data from the General Social Surveys, we show that respondents who identify more strongly with the Republican Party, sectarian denominations, and those who subscribe to biblical fundamentalism and political conservatism are substantially more opposed to same-sex marriage than are other Americans.

“Everybody Makes Choices”: Victim Advocates and the Social Construction of Battered Women's Victimization and Agency

Semistructured interviews with 32 domestic violence victim advocates illuminate how advocates explain “battered women who stay.” The interviews show that this behavior is a source of great frustration for advocates, who struggle to simultaneously conceive of battered women as victims trapped by social, psychological, and interactional forces and as agents whose choices must be respected. The authors argue that their organizational subculture and the culture of individualism in the contemporary United States do not provide the ideological and linguistic resources necessary for managing this dilemma. This results in a tendency to overemphasize battered women's choice and thereby diminish the constraints they face.