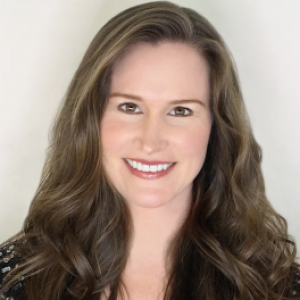 Melissa Treinkman, mezzo-soprano, enjoys an opera career that has taken her to opera companies throughout the country, including Chicago Opera Theater, Utah Opera, Sarasota Opera, Cedar Rapids Opera, Opera North, and Los Angeles Opera. At LA Opera, she sang in the Featured Ensemble for the GRAMMY award winning production of The Ghosts of Versailles, performed the role of the Vendor in Carmen, and performed the role of a Page in Tannhäuser. She is also a permanent member of the LA Opera Chorus and has performed in twenty-three productions. Dr. Treinkman is a Teaching Artist with LA Opera Connects, which brings opera to the Los Angeles community. A champion of new music, Dr. Treinkman performed the role of Dulcinea in the world premiere of Juan Colomer's opera Dulcinea XL. She was also featured singer in the world premiere of the dance opera, Beyond the Waterfront, produced by the Heidi Duckler Dance Theater and LA Opera.

Dr. Treinkman earned a Doctor of Musical Arts from the University of Southern California, where she received the Thornton Vocal Arts Outstanding Graduate Award. She also holds a Master of Music degree from DePaul University and a Bachelor of Music degree from Northwestern University. She has conducted original research in the areas of vocal fatigue and focus of attention in voice training. Her scholarly articles have been published in the Journal of Singing and the Journal of Voice. Dr. Treinkman has presented her research for the National Association of Teachers of Singing, the Pan American Vocology Association, and the Voice Foundation. She was the 2020 recipient of the Voice Foundation's Sataloff Award for Young Investigators and was the first researcher ever to win the award in the category of vocal pedagogy.

Dr. Treinkman was honored to win a fellowship to participate in the 2019 NATS Intern Program, the premiere training program for early-career voice teachers in the nation. A voice technician of all vocal styles, she specializes in teaching singers to belt in a healthy and sustainable way. Dr. Treinkman also leads speaking voice workshops to CEOs and executives from all over the world. She is currently on the voice faculty at Loyola Marymount University and has previously held voice faculty positions at Santa Monica College and Idyllwild Arts. Dr. Treinkman maintains a private voice studio in Venice, California and serves on the Executive Board of the LA Chapter of the National Association of Teachers of Singing.

Focus of Attention in Voice Training