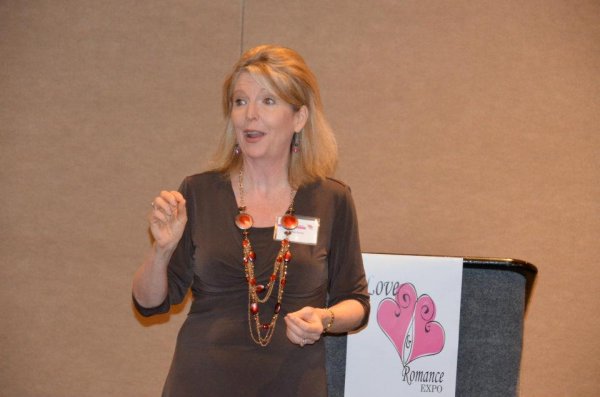 Melody was raised in the wings of a theatre as her mother directed plays for the local high school. Writing and acting out plays with her brother and sister since elementary school became the platform for Melody’s later work. She went on to study Acting and Directing at the University of Oklahoma, then moving do Dallas in 1976 and graduating from the University of Texas at Dallas. Melody went on to film, television, commercial, voice over and industrial work.

During her child-raising years Melody went back graduate school at theTexas Woman’s University. She is now a Professional Counselor and Marriage and Family Therapist. After practicing almost 20 years, she came up with a model for understanding human relationships and wrote the books, “Cycles of the Heart: A way out of the egocentrism of everyday life”, “Oh, WOW This changes everything.” , The Landmines to Goldmines Play book for couples” and “The Oh WOW Healing Guide”. Melody began speaking and presenting on her unique model in 2003 and is now a highly sought after motivational speaker.

Returning to film work in 2005, Melody is represented by Landrum Arts, LA and The Linicomn Agency. She is currently writing while developing shorts and feature films for production and maintaining a small private counseling practice.

Husband, Mike Henricks, is her partner and co-writer.

I'm a 20 plus year veteran therapist, author, and actor. Mike is a master programmer and creative genius whose wit drives the humor in THAT’S NOT HOW IT’S DONE, our first feature screenplay. Together we have raised 5 amazing kids who are creative, happy and productive in the world in spite of the problems they had in the system.

Since writing THAT’S NOT HOW IT’S DONE, we have begun developing other projects to address other emotionally charged issues that are often overlooked in mainstream movie making.

We are also the founders of The D/FW Film Lab.

Right Use of Power: Teacher, Ethics 2005

The University of Texas at Dallas: B.F.A, Theater 1979

The University of Texas at Dallas: B.F.A., Acting/Directing 1979

University of Texas at Dallas: Bachelor's of Arts, Theatre 1979

University of Oklahoma: NONE, Acting/Directing

I Can't Believe I Said That!

When we get hooked into emotional conflicts, we all get a little crazy. Yes, even you. We say things we wish we had not and we do not know why. We are all profoundly lost when it comes to battles with our mates that involve our emotions. Learning communication skills does not fix it, by itself. Changing the paradigm you use to understand what is going on does! Melody Brooke's unique experience has given her an understanding of why we do and say what we do even when we do not mean to! Rock

500 to 6000 *Will consider certain engagements for no fee