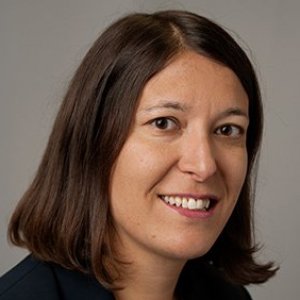 Merih Sevilir is an Associate Professor of Finance at Kelley School of Business at Indiana University. She does research on financing of innovation, entrepreneurship, venture capital, mergers and acquisitions, and corporate governance. She published her research at the Journal of Financial Economics, Review of Financial Studies, and Journal of Financial and Quantitative Analysis, among others. Prof. Sevilir teaches Corporate Financial Strategy, Mergers and Acquisitions, and Corporate Governance at the MBA level. She also taught Corporate Finance at the PhD level and at the Executive MBA Programs.

Awarded by the University of Indiana's Kelley School of Business.

Awarded by the Kenan-Flager Business School.

2012 Venture capitalists (VCs) often serve on the board of mature public firms long after their initial public offering (IPO), even for companies that were not VC-backed at the IPO. Board appointments of VC directors are followed by increases in research and development intensity, innovation output, and greater deal activity with other VC-backed firms. VC director appointments are associated with positive announcement returns and are followed by an improvement in operating performance. Firms experience higher announcement returns from acquisitions of VC-backed targets following the appointment of a VC director to the board. Hence, in addition to providing finance, monitoring and advice for small private firms, VCs play a significant role in mature public firms and have a broader influence in promoting innovation than has been established in the literature.

Board Connections and M&A Transactions

The Journal of Financial Economics

2011 This article studies mergers between competing firms and shows that while such mergers reduce the level of product market competition, they may have an adverse effect on employee incentives to innovate. In industries where value creation depends on innovation and development of new products, mergers are likely to be inefficient even though they increase the market power of the post-merger firm. In such industries, a stand-alone structure where independent firms compete both in the product market and in the market for employee human capital leads to a greater profitability. Furthermore, our analysis shows that multidivisional firms can improve employee incentives and increase firm value by reducing firm size through a spinoff transaction, although doing so eliminates the economies of scale advantage of being a larger firm and the benefits of operating an internal capital market within the firm. Finally, our article suggests that established firms can benefit from creating their own competition in the product and labor markets by accommodating new firm entry, and the desire to do so is greater at the intermediate stages of industry/product development.

Going Public to Acquire? The Acquisition Motive in IPOs

2010 Newly public firms make acquisitions at a torrid pace. Their large acquisition appetites reflect the concentration of initial public offerings (IPOs) in mergers and acquisitions-(M&A-) intensive industries, but acquisitions by IPO firms also outpace those by mature firms in the same industry. IPO firms’ acquisition activity is fueled by the initial capital infusion at the IPO and through the creation of an acquisition currency used to raise capital for both cash- and stock-financed acquisitions along with debt issuance subsequent to the IPO. IPO firms play a bigger role in the M&A process by participating as acquirers than they do as takeover targets, and acquisitions are as important to their growth as research and development (R&D) and capital expenditures (CAPEX). The pattern of acquisitions following an IPO shapes the evolution of ownership structure of newly public firms.