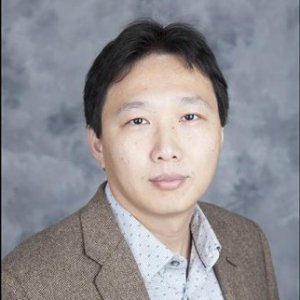 
Focuses on advanced nanoporous structures for energy and environmental applications

Dr. Miao Yu joined the Department of Chemical and Biological Engineering at Rensselaer Polytechnic Institute (RPI) in August 2017 as an Associate Professor. Before joining RPI, he was an Assistant Professor in Chemical Engineering at the University of South Carolina (USC) from 2012 to 2017. He was an Assistant Research Professor in Chemical Engineering at the University of Colorado, Boulder (CU-Boulder) from 2010 to 2012. He obtained B.S. (1998) and M.S. (2002) degrees from Tianjin University, China. He earned his Ph.D. degree from CU-Boulder in 2007, and subsequently worked in the same department as a postdoctoral researcher from 2007 to 2010.

RPI is one of eight institutions to receive the funding for the carbon capture work. Miao Yu, an associate professor of chemical and bio-engineering at the school, is leading the research. He tells WAMC’s Brian Shields a sorbent with pores will take in the carbon dioxide in the flue gas or exhaust from a power plant...

Single-layer graphene oxide (SLGO) is emerging as a new-generation membrane material for high-flux, high-selectivity water purification, owing to its favorable two-dimensional morphology that allows facile fabrication of ultrathin membranes with subnanometer interlayer channels. However, reliable and precise molecular sieving performance still necessarily depends on thick graphene oxide (GO) deposition that usually leads to low water flux. This trade-off between selectivity and flux significantly impedes the development of ultrathin GO membranes. In this work, we demonstrate that the selectivity/flux trade-off can be broken by self-assembly of SLGO via simple deposition rate control. We find GO membranes, prepared by slow deposition of SLGO flakes, exhibit considerably improved salt rejection, while counterintuitively having 2.5–4 times higher water flux than that of membranes prepared by fast deposition. This finding has extensive implications of designing/tuning interlayer nanostructure of ultrathin GO membranes by simply controlling SLGO deposition rate and thus may greatly facilitate their development for high flux, high selectivity water purification.

The adsorptive properties of graphene oxide (GO) were characterized, and the binding energies of diclofenac (DCF) and sulfamethoxazole (SMX) on GO adsorption were predicted using molecular modeling. The adsorption behaviors of DCF and SMX were investigated in terms of GO dosage, contact time, and pH. Additionally, the effects of sonication on GO adsorption were examined. GO adsorption involves “oxygen-containing functional groups” (OCFGs) such as COOH, which exhibit negative charges over a wide range of pH values (pH 3–11). DCF (−18.8 kcal mol−1) had a more favorable binding energy on the GO surface than SMX (−15.9 kcal mol−1). Both DCF and SMX were removed from solution (adsorbed to GO), up to 35% and 12%, respectively, within 6 h, and an increase in GO dosage enhanced the removal of DCF. Electrostatic repulsion occurred between dissociated DCF/SMX and the more negatively charged GO at basic pH (>pKa). The sonication of GO significantly improved the removal of DCF (75%) and SMX (30%) due to dispersion of exfoliated GO particles and the reduction of OCFGs on the GO surface. Both DCF and SMX in the adsorption isotherm were explained well by the Freundlich model. The results of this study can be used to maximize the adsorption capacities of micropollutants using GO in water treatment processes.

Since their first synthesis in the 1940s, zeolites have found wide applications in catalysis, ion-exchange, and adsorption. Although the uniform, molecular-size pores of zeolites and their excellent thermal and chemical stability suggest that zeolites could be an ideal membrane material, continuous polycrystalline zeolite layers for separations were first prepared in the 1990s. Initial attempts to grow continuous zeolite layers on porous supports by in situ hydrothermal synthesis have resulted in membranes with the potential to separate molecules based on differences in molecular size and adsorption strength. Since then, further synthesis efforts have led to the preparation of many types of zeolite membranes and better quality membranes. However, the microstructure features of these membranes, such as defect size, number, and distribution as well as structure flexibility were poorly understood, and the fundamental mechanisms of permeation (adsorption and diffusion), especially for mixtures, were not clear. These gaps in understanding have hindered the design and control of separation processes using zeolite membranes.

A method is presented to prepare high-density, vertically aligned carbon nanotube (VA-CNT) membranes. The CNT arrays were prepared by chemical vapor deposition (CVD), and the arrays were collapsed into dense membranes by capillary-forces due to solvent evaporation. The average space between the CNTs after shrinkage was ∼3 nm, which is comparable to the pore size of the CNTs. Thus, the interstitial pores between CNTs were not sealed, and gas permeated through both CNTs and interstitial pores. Nanofiltration of gold nanoparticles and N2 adsorption indicated the pore diameters were approximately 3 nm. Gas permeances, based on total membrane area, were 1−4 orders of magnitude higher than VA-CNT membranes in the literature, and gas permeabilities were 4−7 orders of magnitude higher than literature values. Gas permeances were approximately 450 times those predicted for Knudsen diffusion, and ideal selectivities were similar to or higher than Knudsen selectivities. These membranes separated a larger molecule (triisopropyl orthoformate (TIPO)) from a smaller molecule (n-hexane) during pervaporation, possibly due to the preferential adsorption, which indicates separation potential for liquid mixtures.