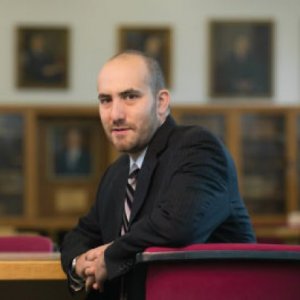 
Micah Berman is assistant professor of public heath and law at Ohio State University and a member of the OSU Comprehensive Cancer Center. 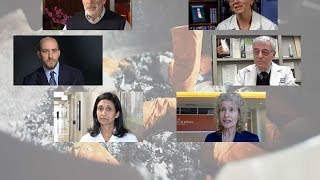 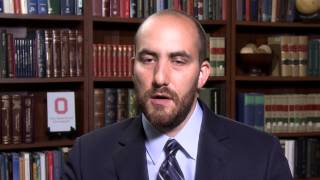 Professor Micah Berman holds a joint appointment with The Ohio State University Moritz College of Law and the College of Public Health. His scholarship examines the intersection between public health research and legal doctrine, with a focus on tobacco policy. He has published articles in a number of leading journals, including the American Journal of Law & Medicine, the Brooklyn Law Review, and the American Journal of Public Health.

Prior to joining Ohio State, Professor Berman was a member of the faculty at New England Law | Boston, where he established and directed the Center for Public Health and Tobacco Policy. Under his leadership, the Center developed innovative model ordinances and provided policy support to state and local public health programs. Previously, he taught at Capital University Law School and directed the Ohio Tobacco Public Policy Center.

Professor Berman has also been engaged in public health policy development at the federal level. He has served as an advisor to the Food and Drug Administration’s Center for Tobacco Products and as a member of the National Institutes of Health’s Council of Public Representatives.

Before entering academia, Professor Berman was a trial attorney with the U.S. Department of Justice’s Antitrust Division and an associate with the law firm Stinson Morrison Hecker LLP.

About 95% of Medicaid expansion beneficiaries in Ohio would have no insurance option available if repealing the Affordable Care Act eliminates Medicaid expansion, according to a new study. The report, published in the American Journal of Public Health, found the overwhelming majority of newly enrolled Medicaid members in the state qualified because they didn't have private health insurance, lost their private insurance due to unemployment, or weren't eligible for their employer's health plan. "Many of these people have nothing else to turn to," said Eric Seiber, lead author and associate professor of health services management and policy at Ohio State University, in a statement. "Their choice is Medicaid or medical bankruptcy." The authors note that this refutes arguments from Medicaid expansion opponents who claim it has encouraged people to enroll in taxpayer-funded insurance instead of private insurance through an employer to save money. "That's just not what the data show," said Micah Berman, co-author and assistant professor of public health and law at Ohio State's College of Public Health and Moritz College of Law.

California votes to raise smoking age to 21: Has it worked in other places?

More than 100 cities across the country – spurred by shifting public opinion around tobacco use and the success of early initiatives in increasing the minimum sales age – have already instituted similar measures. Legislative approval from the nation’s most populous state would only drive the movement forward despite pushback from the tobacco industry and others, researchers and advocates say. “There’s a huge amount of momentum around this right now,” says Micah Berman, an assistant professor at the Moritz College of Law and the College of Public Health at Ohio State University in Columbus. “There’s a lot more research coming out all the time on the effects of nicotine on the adolescent brain, and [the policy] is incredibly popular. Even people who are current smokers don’t want the next generation of kids smoking.”

Micah Berman is an assistant professor in Ohio State University's College of Public Health and the Moritz College of Law. Prior to joining the Ohio State University faculty, Berman was an associate professor of law at New England Law School in Boston where he served as director of the Center for Public Health and Tobacco Policy. He earned his law degree at Stanford Law School.

Almost everyone covered through Ohio’s Medicaid expansion would have no other viable insurance option should the Affordable Care Act be repealed, a new study has found. Law and public health researchers from The Ohio State University determined that 95 percent of newly enrolled beneficiaries would be without a plausible pathway to coverage. The research appears online in the American Journal of Public Health.

“The key point is that if people get through adolescence without smoking, it is highly unlikely they will ever start,” said Micah Berman, assistant professor of public health and law at Ohio State. “The flip side of that is if they do start smoking in adolescence, everything we have learned about teen brain development shows that it will be much harder for them to quit later.”The IOM report also estimated that raising the smoking age would, by 2100, result in 285,000 fewer pre-term births, 438,000 fewer low-birth-weight babies and 4,300 fewer sudden, unexplained deaths in infancy.

“These are claims that they shouldn’t be making, but they were relatively common,” said Micah Berman, a study co-author and assistant professor of public health and law.

Study: Companies pay almost $6,000 extra per year for each employee who smokes

The analysis used studies that measured costs for private-sector employers, but the findings would likely apply in the public sector as well, said lead author Micah Berman, who will become an assistant professor of health services management and policy in The Ohio State University College of Public Health on Aug. 21. Berman began this work while on the law faculty of Capital University in Columbus. “This research should help businesses make better informed decisions about their tobacco policies,” said Berman, who also will have an appointment in the Moritz College of Law at Ohio State. “We constructed our calculations such that individual employers can plug in their own expenses to get more accurate estimates of their own costs.”...

Study: Community approach to smoking bans not effective in Appalachia

Local ordinances in Appalachian states with weak statewide smoking regulations do not offer most residents adequate protection against second-hand smoke, according to a new study. Researchers examined smoking-related ordinances at the community level in six Appalachian states. Based on their analysis, they said that efforts should be focused on enacting strong statewide clean indoor air laws rather than relying on local ordinances to make public places smoke-free in some of these states...