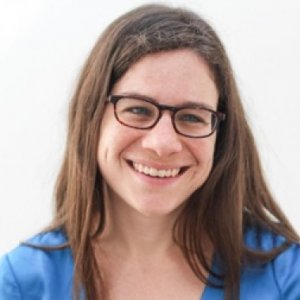 
Author of "What's Wrong with the Poor? Psychiatry, Race and the War on Poverty."

Mical Raz, MD, PhD, MSH is Charles E. and Dale L. Phelps professor in public policy and health, and associate professor of history and medicine at the University of Rochester.

She completed her medical training at Tel Aviv University, from where she also received a PhD in history of medicine. Before moving to the US for a postdoctoral fellowship at Yale, she worked at the Tel Aviv Medical Center and volunteered with Physicians for Human Rights. She completed her residency in Internal Medicine at Yale New Haven Hospital in 2015, followed by a Robert Wood Johnson Clinical Scholars Fellowship at the University of Pennsylvania. She is also a practicing hospitalist at the University of Rochester’s Strong Memorial Hospital, and is board certified in internal medicine.

A historian of American psychiatry, Raz is interested in the intersection of psychiatry, poverty and politics. Her current research project is a history of child abuse policy in the United States, from the 1970s and onwards.

She is the author of The Lobotomy Letters: The Making of American Psychosurgery (University of Rochester 2013), which was awarded the Pressman-Burroughs Wellcome Career Development Award. Her second book, What's Wrong with the Poor? Race, Psychiatry and the War on Poverty (UNC 2013), was a 2015 Choice Outstanding Academic Title.

Separating children from their families must be last resort

Children should not be separated from their families, except in extreme cases of imminent physical harm, argues Mical Raz, the Charles E. and Dale L. Phelps Professor in Public Policy and Health and an associate professor of history at the University of Rochester. Raz is also a practicing hospitalist at the University’s Strong Memorial Hospital. Annually, more than a quarter of a million children are removed from their parents by state governments and placed under the auspices of agencies such as Child Protective Services. Using the current US administration’s widely criticized policy of separating immigrant families at the border as a starting off point—Raz and her co-author, Vivek Sankaran, a clinical professor of law at the University of Michigan, call attention to the detrimental long-term effects of separating children from their parents in a recent essay, published in the American Journal of Public Health (AJPH). Taking a closer look at policies governing domestic welfare interventions—which can result in both temporary and long-term child separation—the duo argues that physicians, psychologists, and public health experts “have expressed profound moral outrage, while also explicitly warning of the medical and psychological dangers of needlessly separating children from their families of origin.” “Some advocates think ‘remove first, ask questions later, better safe than sorry.’ In fact, children are often safer in their suboptimal homes than in these placements,” says Raz.

Easier than curing a toothache? The Story of Lobotomy.

LISTEN: University of Rochester historian and physician Mical Raz discusses horrors and history of lobotomies, and why many practitioners, caregivers, and even patients believed the crude procedure a true panacea.

Conservatives have scared Americans into supporting higher health-care costs, while shying away from expanding access, argues Mical Raz, the Charles E. and Dale L. Phelps Professor in Public Policy and Health and an associate professor of history at the University of Rochester. Raz is also a practicing hospitalist at the University’s Strong Memorial Hospital. “Taking aim at Medicare, which is popular and a political third rail for elected officials, is risky,” writes Raz in a Washington Post op-ed, published in the newspaper’s Made by History section. “But the Trump administration thinks it has a winning strategy for doing so: embracing the nearly century-old conservative health-care tactic of warning about the threat of socialized medicine.” According to Raz, who traces Medicare’s history, these threats do not protect health-care services for consumers, but “simply provide political cover for policies that benefit the industry at the expense of offering quality health care to Americans.”

So, it's official. According to the National Oceanic and Atmospheric Administration, this summer was the hottest recorded in the Northern Hemisphere. But is anyone really surprised anymore? We're five decades into warnings about the climate catastrophe rushing toward us, but the politics of climate change have never looked less promising.

Op-ed: No, record players won’t solve inequality And other things Joe Biden gets wrong about the education gap

Responding to a question about the legacies of slavery during the Democratic debate Thursday, former vice president Joe Biden left many scratching their heads when he urged parents from poor backgrounds to “make sure you have the record player on at night” to ensure their children hear an adequate number of words. While much of the criticism of the remark has centered on Biden’s old-fashioned choice of technology, far more important is that his sentiment reflected an equally out-of-date view on what plagues poor children.

A recently released federal audit indicates that the Trump administration’s policy of family separation resulted in thousands more immigrant children being separated from their parents than were accounted for. Congressional Democrats anticipate that number is likely to grow as more audits and investigations are completed in the weeks to come. The Trump administration’s policies toward immigrant families have renewed public debate about the perils of family separation. Separating children from their families is not a new phenomenon. When the separation policy was enacted in the summer, Secretary for Homeland Security Kirstjen Nielsen compared the separation of immigrant children from their parents to the separation of children from incarcerated parents. That comparison, rather than a justification for family separation, should draw our attention to the unjust ways children are taken from their families every day in the United States. Poor families, families of color and adults with disabilities are at particular risk of losing custody of their children. Parents struggling with addiction face a race against time to recover and prove their sobriety before their parental rights are terminated.

Op-ed: What We Get Wrong About the Poverty Gap In Education

If you have young children, chances are you’ve been to a pediatrician’s office and have left with a new book in hand. This is often part of a program, recognized by the American Academy of Pediatrics, designed to promote literacy by providing families with age-appropriate books. Although such programs are uncontroversial and popular, the reasoning behind them — a focus on what poor children and families lack — is misguided.

Since details of disgraced sports doctor Larry Nassar’s abuse of young athletes came to light, legislators have been searching for ways to prevent such horrific, ongoing abuse. In particular, the revelations that multiple responsible adults may have been aware of the abuse and yet failed to report it — recently, Olympic champion McKayla Maroney said that she informed a coach after Nassar abused her in 2011 — have fueled calls for statutes expanding mandatory reporting of suspected child abuse. While an expansion of mandatory reporting may seem logical, there is simply no evidence that it works. There is, however, plenty of reason to believe that increased reporting often further intensifies racial and socioeconomic disparities in child welfare involvement, including which children are removed from their homes. Over the past 50 years, policymakers have promoted increased reporting as a solution to what is fundamentally a problem of services and resources. Without the ability to provide comprehensive support and services to struggling families, the government has instead focused its efforts on enhancing reporting, creating a culture that emphasizes investigation over assisting families in need.

A 17-year-old is dead. Assaulted in his room by the very adults responsible for his safety, he uttered his last words: "Get off me, I can't breathe." He died at Wordsworth Academy, a Philadelphia institution euphemistically described as a "treatment center" for children with behavioral problems. Currently housing 82 children and youth, the majority of whom were placed there by juvenile courts, Wordsworth Academy is responsible for providing rehabilitative treatment for this challenging population. Instead, according to state reports, children at Wordsworth are housed in unsanitary crowded conditions, abused physically and sexually, and now, a child is dead. In this case, therapy has proven worse than punishment. Unfortunately, this is the case with all too many treatment centers, to which children and adolescents are referred by courts and social services agencies. This child's death is not the first to happen in such a center, and sadly, it is unlikely to be the last.