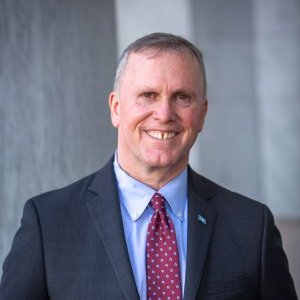 
CEO of SAGE, the world’s largest and oldest organization dedicated to improving the lives of LGBT older people 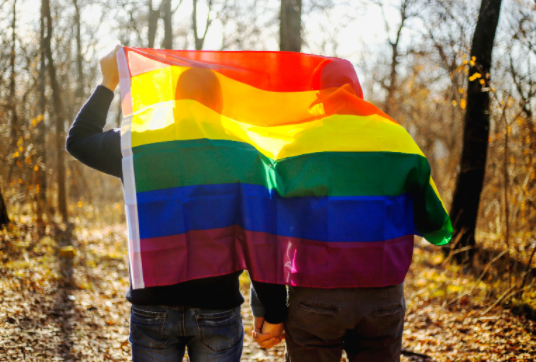 Equity under pressure: Does the burden of COVID-19 threaten progress made? 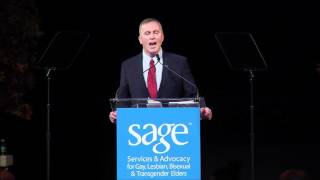 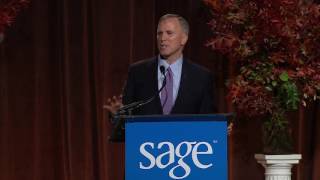 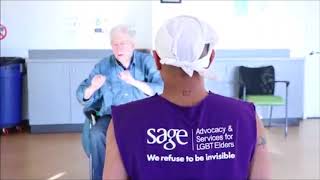 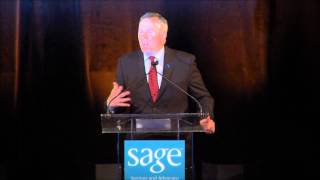 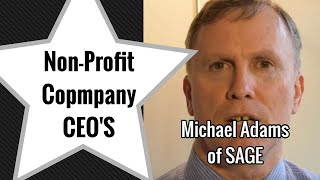 Michael Adams is the Chief Executive Officer of SAGE (Advocacy and Services for LGBT Elders), the world’s largest and oldest organization dedicated to improving the lives of LGBT older people. Founded in 1978 and headquartered in New York City, SAGE is a national organization that offers supportive services and consumer resources to LGBT older people and their caregivers. SAGE also advocates for public policy changes that address the needs of LGBT elders, provides education and technical assistance for aging providers and LGBT community organizations through its National Resource Center on LGBT Aging, and cultural competency training through SAGECare. With staff located across the country, SAGE also coordinates SAGENet, a growing network of affiliates in the United States.

Prior to joining SAGE, Adams was the Director of Education and Public Affairs for Lambda Legal. Prior to that, he spent a decade leading cutting edge litigation that established new rights for LGBT people, first as Associate Director of the ACLU’s Lesbian and Gay Rights Project, and then as Deputy Legal Director at Lambda Legal.

A graduate of Stanford Law School and Harvard College, Adams has authored numerous publications on an array of LGBT issues. He has taught law school courses on sexual orientation and gender identity and has served on advisory councils for AARP, the American Society on Aging, and the New York City Department for the Aging among others.

Effectively partnered with Board of Directors

“Today is a monumental day for LGBT elders in Puerto Rico,” said SAGE CEO Michael Adams in a statement he sent to the Blade before the ceremony. “For the first time, LGBT elders on the island will have access to programs and services specifically designed for the older LGBT population, and have a safe haven where they can be celebrated for exactly who they are.”

“It’s time to end the tragedy of LGBTQ elders being forced back into the closet because of discrimination and mistreatment in care settings,” said SAGE CEO Michael Adams. “That’s what the Long-Term Care Equality Index is all about and why SAGE is excited to join forces with HRC on this critically important effort. It will be an essential complement to the cultural competency training that SAGE provides across the country.”

Michael Adams, CEO of SAGE, which advocates for LGBTQ seniors, said, “This is sex discrimination, and it is against the law.”

A Retirement Community Turned Away These Married Women

“One thing so troubling about this case, and this time, is the argument that religious beliefs can justify discrimination,” said Michael Adams, chief executive of Sage, an advocacy group for L.G.B.T. seniors.

For LGBTQ seniors, “social isolation can lead to a greater need for care and a greater need for services,” according to SAGE chief executive Michael Adams. His organization estimates LGBTQ seniors are twice as likely to be single and four times as likely to be childless as their straight counterparts, placing them at greater risk of isolation and depression. Going into care can lead to increased discrimination, he adds, because the people least likely to know and be comfortable around LGBTQ people are older straight people.

“What we often see in states and regions is that once the first retirement community steps forward, then many others will follow suit,” said Michael Adams, SAGE’s chief executive. “This is an important first step to bringing the region up to par.”

The LGBT community is generationally fractured, but one organization thinks it can fix that

The event, which took place in Miami in April, was organized by SAGE, America’s largest organization dedicated to queer elders. And for Michael Adams, SAGE’s CEO, the need for this kind of an event is imperative. That's because the LGBT community isn’t built around traditional family structures, he says, pointing to the fact that both young and old members are often estranged from their families. And, “We have the fact that we lived through — and fought through, and died through — the AIDS epidemic, where we lost a whole generation of people,” Adams told VICE News. “This is an experiment in how we bring all that back together.”