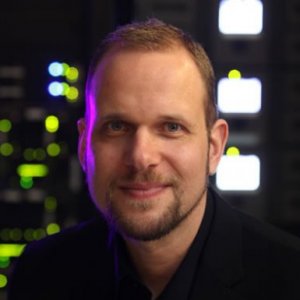 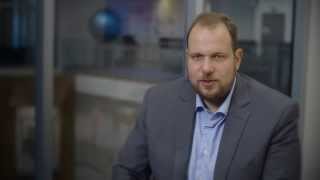 How rampant are cyberattacks in Texas? Fort Worth defends about 15,000 threats daily

Computer experts say the state laws that went into effect in September are a major step forward and put Texas in a leadership position toward cracking down on cybercrime. “I was thrilled to see it pass,” said TCU associate professor Michael Bachmann, an expert on cybersecurity. “It was overdue that Texas realized the importance of the issue.”

Daley and Michael Bachmann of TCU have collaborated on a cutting-edge risk terrain model that predicts child abuse and maltreatment with remarkable precision. The model is the result of years of research. Through trial and error, they isolated several key risk factors that can be measured through public data. It allows them to anticipate the location of future abuse down to an area the size of a city block. "We found that we were able to predict over 98 percent of actual occurrences throughout the next year," Bachmann said.

Michael Bachmann, an identity theft expert at TCU, says otherwise. "In my field, we often times say that opportunities make criminals. And you’re just providing opportunities," Bachmann said. Bachmann says this kind of medical, personal data is even more attractive to thieves than credit card numbers. It can be used for blackmail, fraud and more.

The Case for Including Adverse Childhood Experiences in Child Maltreatment Education: A Path Analysis

2018 Context: The lifelong, negative consequences of exposure to adverse childhood experiences (ACEs) for individuals and their families are well established. Objective: To demonstrate the importance of including ACE information in child maltreatment education curricula using path analysis. Design: Survey data examined the impact of child maltreatment education programs and knowledge about ACEs on medical practitioners' reporting habits and ability to detect maltreatment. A path diagram distinguished between the direct impact of education programs on outcome measures and the indirect effect that is mediated through knowledge of ACEs. Main outcome measures: Medical practitioners' ability to detect child maltreatment and their number of referrals to Child Protective Services (CPS). Results: The optimized path diagram (χ2SB(3) = 3.9, p = 0.27; RMSEA-SB = 0.017; R2= 0.21, where SB is Satorra-Bentler coefficient and RMSEA is root-mean-square error of approximation) revealed the mediating variable "knowledge about ACEs" as the strongest structural effect (SB-β = 0.34) on the number of CPS referrals. It was almost twice as high as the second strongest effect of formal education programs (SB-β = 0.19). For workplace training programs, the total effect when including knowledge of ACEs was almost double as strong as the direct effect alone. Even when previous child maltreatment education was controlled for, practitioners familiar with the consequences of ACEs were significantly more likely to recognize and to report abuse to CPS. Conclusion: This study documented the importance of specialized training programs on ACEs, and the essential role ACE knowledge plays in the effectiveness of provider education programs.

Getting hosed: Petty theft in the car wash industry and the fifth suitability criterion in routine activities theory

2012 The present study examines the applicability of routine activities theory to petty theft. Using an experimental field research design, the researchers tested the frequency with which apparently uncounted smaller currency was stolen during full-service car wash cycles. Experimental conditions were varied so that one condition suggested a more deviant driver. A considerable amount of money was removed in thirty percent of all car washes. The number of total thefts and amount of money stolen were higher in the experimental condition in which the driver appeared to be more deviant. Findings suggest that the mere appearance of the victim as more deviant triggers the perception of targets as more suitable, and provide support for social proximity as a suitability criterion.

Lesson Spurned? Reactions of Online Music Pirates to Legal Prosecutions by the RIAA

2007 In 2003, the Recording Industry Association of America (RIAA) initiated a surge of lawsuits against peer-to- peer (P2P) network users to stop them from illegally sharing music files. The main goal of this new strategy was not to dissuade individual persons from violating copyright laws, but to educate the general public about the illegality of this behavior and to deter the mass of Internet users from using the ever-emerging P2P networks to share music files (RIAA, 2003). Despite these legal efforts, the few studies conducted on online music file sharing suggest that the majority of music downloaders show little awareness of wrongdoing and that a large gap exists between the self-perception of P2P users and the deviant label assigned to them by the recording industry. This study uses recent data from the PEW Internet and American Life Project to analyze the latest shifts in the population of P2P users. Results show that the popularity of P2P networks has been steadily increasing since the sharp decline in 2003 and that the sociodemographics of file-sharing communities are changing. P2P users appear to be largely unimpressed by the legal prosecutions. Implications for the music and video industry as well as future research are discussed.