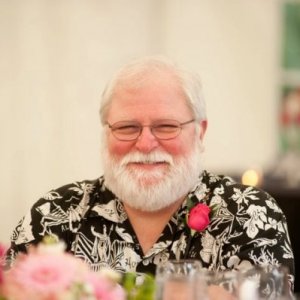 Michael began his career in the electronic security and fire alarm industry in 1978 after his honorable discharge from the US Navy where he spent six years as an Engineering Laboratory Technician aboard nuclear submarines.

He began working as an instructor in the Oregon Electrical Apprenticeship program in 1997. In 2002 Michael accepted the position of Training Director for the Automatic Fire Alarm Association where he traveled throughout the USA presenting building code and fire code seminars.

In 2012 he began working as the Senior Trainer for The Mircom Group. As Senior Trainer, Michael trains and supports Mircom Engineered Systems Distributors in the USA.

Michael is a Journeyman Limited Energy Electrician (JLE) in Oregon, a Master Electrician (ME06) in Washington, and NICET certified level IV in fire alarm systems. He is a former member of the NFPA 72 SIG-IDS (Initiating Devices) technical committee. Michael has written several fire protection handbooks and he edits the ETNEWS.org website and newsletter.

He is married with six children, four grandchildren, and lives in Trabuco Canyon, California.