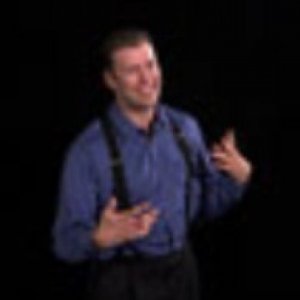 Michael possesses a rare talent for instilling inspiration in audiences and for that matter ever person he comes in contact with. He encourages others to be all that they can be regardless of their situation.

Michael has been “walking the walk”
for his entire life and “talking the talk” for the past 12 years. Born with Cerebral Palsy, Michael has spent his life overcoming challenges both self-inflicted, as well as those put on him by society. He has learned to overcome challenges and leads others to do the same.


Born and raised in a small logging camp
on Vancouver Island, Sayward/Kelsey Bay, Michael had what he considered a “normal” childhood until his parents moved to Campbell River when he was 11. As soon as he started in his new school, Michael realized that Cerebral Palsy was “not socially acceptable”. His challenges of making his body work became the least of his problems.


As an avid learner and a real passion for life,
Michael became a positive rebel, continuing to overcome the challenges put on him by society. He graduated from high school in 1980 and continued on to Malaspina University earning a Diploma in Recreation and Sciences. Though educated and with much to offer, socially he was still considered handicapped and unemployable. Michael decided to hire himself. He began his own company as a recreation consultant and was offered a chance to speak publicly on the challenges of being disabled. It was the “Aha” moment in Michael’s life and led him to publicly become a positive rebel.

When Michael Bortolotto developed Cerebral Palsy at birth his parents were told that speech, walking and using his hands would always be a challenge. Now a happily married father, who is recognized and respected as inspirational public speaker, Michael adds author to his list of achievements, having recently authored his first book, “The Truth About Apples & Pineapples: A Cure for Bullying.” Michael wrote and illustrated the children’s book.

"Michael has a unique ability to captivate his audience with his impassioned stories based on his personal experiences. You will be left with a sense of empowerment and motivation."

"Michael's presentation is filled with emotion, challenge and humour. Michael's 'positive rebel' message inspires one to face challenges head on and to turn one's weakness into an asset. His message can be applied to all areas of business and personal life. I believe that anyone and everyone can benefit from Michael's story and his will to overcome."

"Michael is a superb asset as a speaker for any organization that values leadership, competencies, integrity and honesty. Michael is a fine example of the highest level of commitment and initiative that is required to overcome barriers to progress. In fact Michael accepts barriers or opposition with grace and somehow turns them miraculously into positive challenges."

Bullying in the workplace

Does your staff understand the difference between power and force? If they don't, your work environment may be at risk to unnecessary and unproductive bullying behaviors creating a divisive work force. Examples will be provided to the audience on how they can use their power responsibly and be accountable for their own actions.