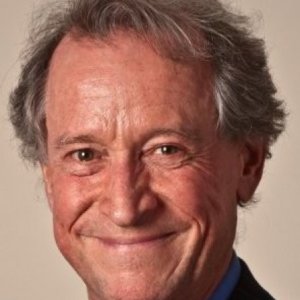 
Michael Brodie is an expert in research and industrial practice in data science and databases.

Dr. Michael L. Brodie has over 45 years of experience in research and industrial practice in data science, databases, distributed systems, integration, artificial intelligence, and multidisciplinary problem solving. Since 2013, he has focused on strategic aspects of data and data science. He is a Visiting Scholar in the DASlab, School of Engineering and Applied Sciences, Harvard University; advises startups; serves on Advisory Boards of national and international research organizations; is an adjunct professor at the National University of Ireland, Galway, and at the University of Technology, Sydney; and has served on several US National Academy of Sciences committees.

In 2013-2019, he was a Research Scientist in the Data Systems Group at MIT and chaired the Scientific Advisory Committee of Insight, Ireland, one of Europe’s largest data science research institutes. As Chief Scientist of Verizon IT for 20 years, he was responsible for emerging technologies, architectures, IT methodologies and strategies, and guiding industrial-scale deployments of emerging technologies.
Dr. Brodie holds a Ph.D. in databases, AI, and programming languages from the University of Toronto and a Doctor of Science (honoris causa) from the National University of Ireland.

2017 In a recent IEEE paper we discussed the concept of database decay. Specifically, as business conditions change in large enterprises, applications and/or the database schema must change. However,“in the wild” DBAs try very hard to minimize application maintenance by avoiding changing the schema. Instead they “kluge” the schema, thereby cause it to decay over time. In this short paper, we extend the discussion to consider application decay. If a DBA “does the right thing” and changes the schema to conform to well known database design principles, then extensive application maintenance is likely to be required. Patching applications will generally cause them to decay over time, as multiple patches, often by different programmers, will generate dirtier and dirtier code. Recent DBMS application frameworks support exactly this point of view. In our opinion, the two extremes (dirty data, clean application) and (clean data, dirty application) are both inferior to a strategy of co-evolution, which we present herein. We briefly outline a prototype co-evolution system and sketch its construction.

How we teach CS2All, and what to do about database decay

2016 The Communications Web site, http://cacm.acm.org, features more than a dozen bloggers in the BLOG@CACM community. In each issue of Communications, we'll publish selected posts or excerpts.

Database decay and how to avoid it

2016 The traditional wisdom for designing database schemas is to use a design tool (typically based on a UML or E-R model) to construct an initial data model for one's data. When one is satisfied with the result, the tool will automatically construct a collection of 3rd normal form relations for the model. Then applications are coded against this relational schema. When business circumstances change (as they do frequently) one should run the tool again to produce a new data model and a new resulting collection of tables. The new schema is populated from the old schema, and the applications are altered to work on the new schema, using relational views whenever possible to ease the migration. In this way, the database remains in 3rd normal form, which represents a “good” schema, as defined by DBMS researchers. “In the wild”, schemas often change once a quarter or more often, and the traditional wisdom is to repeat …

2015 Data-intensive science, wherein domain experts use big data analytics in the course of their research, is becoming increasingly common in the physical and social sciences. Moreover, data reuse is becoming the new normal, owing to the open data movement and arrival of big science experiments such as the Large Hadron Collider. Here a small group of researchers, often using exotic equipment, produce a dataset that is shared by thousands. Unfortunately, weak and spurious correlations are also on the rise in research. For example, Google Flu Trends published their algorithms in 2008 for use in public health, and in the intervening time its accuracy has plummeted. In the 2011-2012 flu season, this system produced estimates more than 50% higher than the number of cases reported by the US Center for Disease Control.

What versus Why. Towards Computing Reality