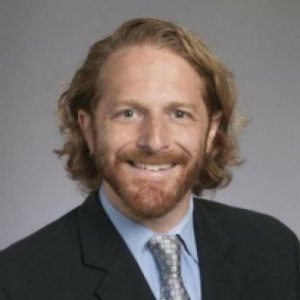 CRISPR is the genetic game changer – but are we ready? 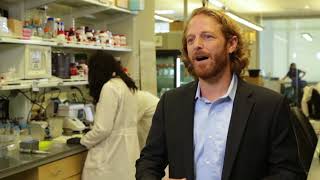 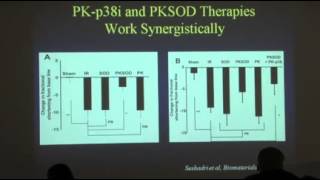 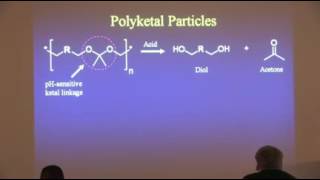 Fellow of the American Heart Association

2005 The present invention is directed to methodology that allows a variety of compounds to be attached to self-assembling peptides using biotin/streptavidin linkages. The peptides can be used to form a biologically compatible membrane that promotes the growth and differentiation of cells. The attached therapeutic agents can be used to promote this process and the gel along with the growing cells can be implanted at a site in vivo where tissue repair is needed. Alternatively, membranes can be used for culturing cells in vitro or can be used for delivering drugs in vivo in the absence of seeded cells.

2019 Congenital heart disease can lead to severe right ventricular heart failure (RVHF). We have shown that aggregated c-kit+ progenitor cells (CPCs) can improve RVHF repair, likely due to exosome-mediated effects. Here, we demonstrate that miRNA content from monolayer (2D) and aggregated (3D) CPC exosomes can be related to in vitro angiogenesis and antifibrosis responses using partial least squares regression (PLSR). PLSR reduced the dimensionality of the data set to the top 40 miRNAs with the highest weighted coefficients for the in vitro biological responses. Target pathway analysis of these top 40 miRNAs demonstrated significant fit to cardiac angiogenesis and fibrosis pathways. Although the model was trained on in vitro data, we demonstrate that the model can predict angiogenesis and fibrosis responses to exosome treatment in vivo with a strong correlation with published in vivo responses. These studies demonstrate that PLSR modeling of exosome miRNA content has the potential to inform preclinical trials and predict new promising CPC therapies.

2019 Congenital heart defects are a leading cause of morbidity and mortality in children, and despite advanced surgical treatments, many patients progress to heart failure. Currently, transplantation is the only effective cure and is limited by donor availability and organ rejection. Recently, cell therapy has emerged as a novel method for treating pediatric heart failure with several ongoing clinical trials. However, efficacy of stem cell therapy is variable, and choosing stem cells with the highest reparative effects has been a challenge.

Electrospun Nanofiber-Based Patches for the Delivery of Cardiac Progenitor Cells

2019 Congenital heart disease is the number one cause of birth defect-related death because it often leads to right ventricular heart failure (RVHF). One promising avenue to combat this RVHF is the use of cardiac patches composed of stem cells and scaffolds. Herein, we demonstrate a reparative cardiac patch by combining neonatal or child c-kit+ progenitor cells (CPCs) with a scaffold composed of electrospun polycaprolactone nanofibers. We examined different parameters of the patch, including the alignment, composition, and surface properties of the nanofibers, as well as the age of the CPCs. The patch based on uniaxially aligned nanofibers successfully aligned the CPCs. With the inclusion of gelatin in the nanofiber matrix and/or coating of fibronectin on the surface of the nanofibers, the metabolism of both neonatal and child CPCs was generally enhanced. The conditioned media collected from both patches based on aligned and random nanofibers could reduce the fibrotic gene expression in rat cardiac fibroblasts, following stimulation with transforming growth factor β. Furthermore, the conditioned media collected from the nanofiber-based patches could lead to the formation of tubes of human umbilical vein endothelial cells, indicating the pro-angiogenic capability of the patch. Taken together, the electrospun nanofiber-based patches are a suitable delivery vehicle for CPCs and can confer reparative benefit through anti-fibrotic and pro-angiogenic paracrine signaling.

2015 Methods for optimization of phase coded waveforms often entail a nearest-neighbor search used in reducing autocorrelation or crosscorrelation sidelobes. Computing the energy gradient - the change in sidelobe energy that results from single-element modifications to the sequence - is a computationally expensive component of the nearest-neighbor search. A recent paper showed that the autocorrelation sidelobe energy gradient for binary sequences could be computed with O(N logN) operations in initialization and O(N) operations in iteration, substantially faster than previous methods which required O(N2) operations both initially and in iteration. In this paper the same approach is extended to additional sequence optimizations - polyphase sequences, biphase cross-correlations, and biphase sequence filtering. It is shown that similarly efficient equations are available for those gradient calculations.

2014 Coherent multiple-input multiple-output (MIMO) radar is a natural extension of the phased array antenna that has been used by radar systems for decades. This tutorial unifies concepts from the literature and provides a framework for the analysis of an arbitrary suite of MIMO radar waveforms. A number of gain patterns are introduced, which quantify the antenna performance of a MIMO radar, and the impact of the waveform characteristics (e.g., range sidelobes) is discussed.