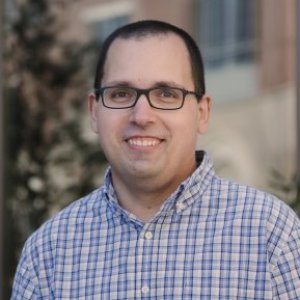 
Dr. Friedman's research investigates the role of genetic variability in the musculoskeletal response to spaceflight and disuse.

Dr. Michael Friedman is a NASA Translational Research Institute for Space Health Postdoctoral Research Fellow in Dr. Henry Donahue’s lab in Biomedical Engineering at Virginia Commonwealth University. Michael received a BS in BME from University of Texas at Austin and a MSE and Ph.D. in BME from University of Michigan. Michael’s postdoctoral fellowship is aimed at studying the effects of genetic variability on the musculoskeletal response to unloading. This groundbreaking work has led to young investigator awards from the Orthopaedic Research Society and American Society for Bone and Mineral Research. Additionally, Michael has been awarded a NASA TRISH Go for Launch Grant to continue this work as a principal investigator. Michael is interested in establishing a lab studying the effects of mechanical loading and unloading on bone and skeletal muscle, focusing on how aging and disuse negatively affect these tissues.

News article announcing the research we are doing for the NASA Go For Launch Award.

Mechanical unloading decreases bone volume and strength. In humans and mice, bone mineral density is highly heritable, and in mice the response to changes in loading varies with genetic background. Thus, genetic variability may affect the response of bone to unloading. As a first step to identify genes involved in bones' response to unloading, we evaluated the effects of unloading in eight inbred mouse strains: C57BL/6J, PWK/PhJ, WSB/EiJ, A/J, 129S1/SvImJ, NOD/ShiLtJ, NZO/HlLtJ, and CAST/EiJ. C57BL/6J and NOD/ShiLtJ mice had the greatest unloading-induced loss of diaphyseal cortical bone volume and strength. NZO/HlLtJ mice had the greatest metaphyseal trabecular bone loss, and C57BL/6J, WSB/EiJ, NOD/ShiLtJ, and CAST/EiJ mice had the greatest epiphyseal trabecular bone loss. Bone loss in the epiphyses displayed the highest heritability. With immobilization, mineral:matrix was reduced, and carbonate:phosphate and crystallinity were increased. A/J mice displayed the greatest unloading-induced loss of mineral:matrix. Changes in gene expression in response to unloading were greatest in NOD/ShiLtJ and CAST/EiJ mice. The most upregulated genes in response to unloading were associated with increased collagen synthesis and extracellular matrix formation. Our results demonstrate a strong differential response to unloading as a function of strain. Diversity outbred (DO) mice are a high-resolution mapping population derived from these eight inbred founder strains. These results suggest DO mice will be highly suited for examining the genetic basis of the skeletal response to unloading.