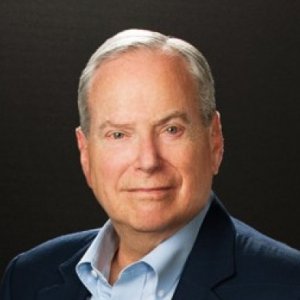 
Sr. Counsel, Cooley Business department + co-chair of their Higher Education practice group. Second term on the Fielding Board of Trustees.

Mr. Goldstein leads a group of lawyers and professionals with long experience and deep expertise in serving clients in the postsecondary sector, including public, independent and for-profit institutions, national, state and regional organizations, institutional and professional accrediting commissions, courseware developers, service providers, lenders and many of the private equity groups active in the field.

Mr. Goldstein has been a pioneer in the development and rational regulation of higher education in general and online learning in particular, and in the creation of innovative approaches to combining the resources and interests of the non-profit, public and for-profit postsecondary communities. He has served on numerous panels and committees on a variety of higher education issues, including as an expert member of the UNESCO-CHEA Task Force on Degree Mills and as a member of the National Advisory Panel for the enactment of the State Authorization Reciprocity Act. He has long served as General Counsel to the American Association of Community Colleges (AACC) as well as in the past as general counsel to other higher education organizations, including the State Higher Education Executive Officers (SHEEO) and the Middle States Commission on Higher Education (MSCHE). He is the author of the chapter on Legal Issues in the Encyclopedia of Distance Learning as well as many papers and chapters in professional journals and publications and is a frequent speaker at higher education conferences.

In 2015, Mr. Goldstein received an honorary Doctor of Humane Letters from Fielding Graduate University. He was honored with the WICHE Cooperative Educational Technologies (WCET) Richard Jonsen Award in 2014, which is given annually to a WCET member whose career has been committed to improving postsecondary educational programs and services through innovative uses of technology. Mr. Goldstein has been named in Best Lawyers in America for Education Law and recognized in Washington, DC Super Lawyers for Schools and Education.

This is his second term as a Public Trustee at Fielding Graduate University.

Specializing in Schools and Education