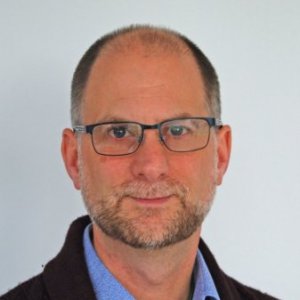 He has been exploring brain injuries from sports, especially practices to minimise risk from brain damage in school sports & amateur sports.

Michael Grey is Reader in Rehabilitation Neuroscience in the School of Health Sciences at UEA. His expertise is in acquired brain injury – understanding how the brain changes from a traumatic experience (such as injury or a stroke) and addressing rehabilitation of the brain through therapies that take account of common principles in brain injury. As part of his work he has been exploring brain injuries from sports – especially practices to minimise risk from brain damage in school sports and amateur sports. In addition, he is working on online neuropsychology tests for early identification of brain disease or dementia and is working with professional footballers (a particular at-risk group) to compare performance against others.

Michael studied at the University of British Columbia and Simon Fraser University in Canada. He completed a doctorate at Aalborg University in Denmark. He is a member of the National Wellness Institute and is a Lifetime Member of the International Functional Electrical Stimulation Society. He serves on the Health and Wellbeing Group of the Football League Managers Association and on the UK’s Acquired Brain Injury Forum.

University of East Anglia neuroscientist Dr Michael Grey, who is currently undertaking research on former players including Mark Bright, formerly of Crystal Palace, and Jeremy Goss, once of Norwich City, said: 'I think we are likely to see some cases. I am aware of a couple that are ongoing or at least being prepared.'

Dementia in football: Gareth Southgate concerned about suffering from disease

"Hitting a ball as a way of life is a risk"

"When his father (Jess Astle) played soccer, there were training sessions that he devoted solely to hitting the ball with his head . Hundreds of times a day," Michael Gray, professor at the University of East Anglia and head of a new study trying to solve the equation between soccer and dementia.

The study from the University of Glasgow had previously highlighted this recurring problem in professional football: former footballers are 3.5 times more likely than the rest of the population to have dementia or another disease. neurodegenerative. The recent cases of Bobby Charlton or Gerd Müller have helped publicize this study, which was not sufficiently recognized in the football industry. And today, 30 former Premier League players have joined the study conducted by the University of East Anglia which will compare them and 40 amateur players to a group of 60 people who have never played football.

Modern footballers heading 80mph balls 'are JUST as much at risk of dementia as the generation of Jeff Astle, Nobby Stiles, and Bobby and Jack Charlton who played with the old, leather balls'

Neuroscientist Dr Michael Grey at the University of East Anglia is also convinced that there is enough evidence to act now. 'We have got clear evidence of people who play professional football have a greater risk of dementia and we have a clear mechanism,' he said.