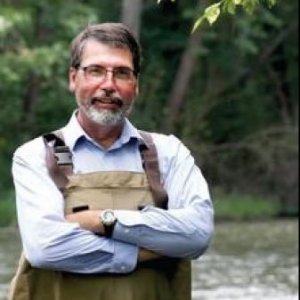 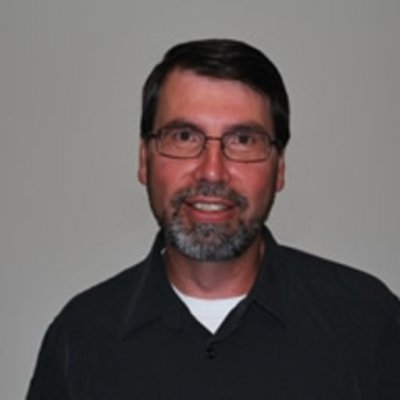 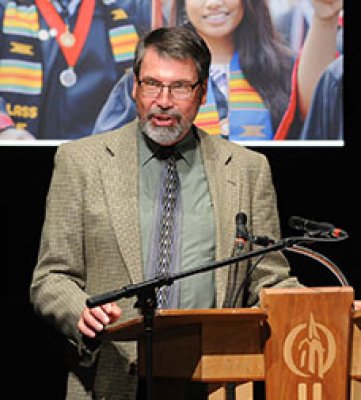 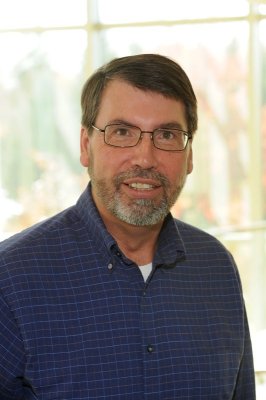 Michael teaches several biology and zoology courses and serves as advisor for students doing independent research and internships. He is interested in Malacology, Ecology and Field Biology, and is an aquatic ecologist and a specialist on the life history and ecology of mussels in the family Unionidae. His research deals with the abundance and distribution of aquatic animals, especially mussels and fish. Michael's interests encompass all aquatic animals and the biological assessment methods developed to assess water resource integrity based on these animals, such as the Invertebrate Community Index. He and his students work on projects as varied as the development of a Mussel Index of Biotic Integrity, Muskrat predation on mussels, and an assessment of electroshocking and seining methods in regards to fish diversity assessment.

The freshwater mussel populations in the lower stretch of Big Walnut Creek in central Ohio have been found to vary along the run of the creek with the lowest population of mussels in the middle stretch. One possible cause for the decline is the presence of contaminants in the sediments of the creek. In this study, nine Sites along the creek were examined. At each Site, sediment samples from a pool region and two quadrants from where mussels were also studied (the area of interest) were collected, along with pseudo feces, which is the waste mussels produce as they filter water and sediment to find food. The concentrations of select metals in the sediments and pseudo feces were determined using acid extraction and analysis with microwave plasma-atomic emission spectroscopy. The concentrations of metals were found to vary along the creek, most notably in the cases of lead, zinc, calcium, and manganese. However, only calcium and zinc were found to be significantly correlated to the mussel populations. The concentration of calcium was found to positively correlate to mussel populations (r = 0.715, p = 0.03), while zinc was found to negatively correlate to mussel populations (r = -0.717, p = 0.03). Additionally, the metal levels in the area of interest were compared to those collected in the year 2000, and the overall quality of the sediments improved over the past two decades with only four occasions where a sampleexceeds the threshold effect concentration out of 45 total samples.

The Distribution and Abundance of Mussels (Bivalvia: Unionidae) in Lower Big Walnut Creek From Hoover Dam to Its Mouth, in Franklin and Pickaway Counties, Ohio The Ohio Journal of Science

Big Walnut Creek in central Ohio once supported a mussel fauna of 40 species, but no systematic study of the mussels of the creek has been done. The objective of the current study was to determine the distribution and abundance of mussels in Big Walnut Creek downstream of Hoover Dam (RM 36.7) to its mouth with the Scioto River. The extant (living and freshly dead shells) and total (extant plus weathered and subfossil shells) mussel communities were determined at 21 sites. Two techniques were used to determine the mussel community at each site: timed searches and transect/quadrat sampling. Shannon-Weiner (H’) values, Jaccard Coefficient of similarity values, and percent extant species were calculated for the mussel communities at each location. Student T-tests were used to determine where either a significant change in community structure occurred based on the metrics listed above. The mussel communities from Hoover Dam to Whitehall (RM 22.0) had maintained their diversity. The historic and extant communities in this reach were essentially the same (Jaccard Coefficient = 83% and percent extant species = 78%) with H’ values for this reach not significantly different when comparing the total and extant communities (t = 1.08, p > 0.05). The communities from RM 22.0 to RM 15.0 (just downstream of Three Rivers MetroPark) had fewer extant species (Jaccard Coefficient and percent extant values of 62% and 36%, respectively), and significantly diminished species diversity (t = 2.35, p < 0.05). Diminished species diversity continued to be expressed downstream (t = 2.48, p < 0.05), with some recovery (Jaccard Coefficient = 67% and percent extant = 42%) as we approached the mouth of the creek. This improvement may be a result of movement of mussels (as larvae attached to fish hosts) from the Scioto River.

Glochidia are third‐class levers in which the valves form the lever arms and the single adductor muscle produces the force. In this study the lengths of the lever arms and the areas of glochidial valves and adductor muscles were determined for 57 species of unionid glochidia. The position of the adductor muscle relative to the dorsal margin of the larval valve was also determined for each species. From these data and an analysis of the possible configurations of adductor muscle and valve dimensions, we determined that most of the glochidia within the Unionidae emphasize area of sweep during valve adduction. These glochidia possess long resistance arms and short force arms and generally had small‐diameter adductor muscles. Other glochidia, however, were found to possess one or all of the following: short resistance arms, long force arms, and large‐diameter adductor muscles. It is suggested that these glochidia are adapted for strength of valve adduction and that for these larvae a trade‐off exists between strength of valve adduction and acceptable valve gape. Furthermore, this study suggests that the mode of attachment employed by glochidia has played a major role in the development of these bivalve larvae and has produced convergence in valve shape and adductor muscle size.