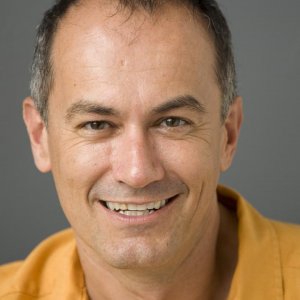 
Experienced speaker and presenter to both a general more specialized public about food and culture.

Michael Krondl is a food writer, and artist. He is the the author of Sweet Invention: A History of Dessert, a volume devoted to the pleasures of sweet foods from around the world. His previous book was The Taste of Conquest: The Rise and Fall of the Three Great Cities of Spice, a history of the pivotal roles Venice, Lisbon and Amsterdam played not only in transforming the tastes of peoples around the globe, but changing the world itself. He is also the author of Around the American Table: Treasured Recipes and Food Traditions from the American Cookery Collections of The New York Public Library. The long title pretty well describes the book which is a popular account of the history of American food. The book draws extensively on the spectacular collection of cookbooks in the stacks of The New York Public Library for source material. The Great Little Pumpkin Cookbook is a collection of some fifty recipes for those obsessed with those adorable rotund gourds (well, technically, they’re not gourds, but that’s a long story). An award- winning cooking instructor, food writer, and former chef, he has also contributed to Gastronomica, Marie Claire, Family Circle, Cultural History of Food: The Renaissance, and the Oxford Encyclopedia of Food and Drink in America among many other publications. He lives in New York City.

The Uses of Dessert

How Spices Transformed the World

The Invention of Italian Cuisine

Italian Cooking in the Renaissance

How the French Invented Cuisine

Published The Taste of Conquest: The Rise and Fall of the Three Great Cities of Spice

A professional, one year program in the culinary arts.

Lecture on the “Uses of Dessert.”  San Francisco’s Exploratorium

Lecture on the history of the spice trade.   Mariners’ Museum (Newport News, Virginia)

Lecture on the history of Thanksgiving.  New York City College of Technology

The Uses of Dessert

A talk that explains how food and culture interact to change politics, economics and the way we live.

200 to 5000 *Will consider certain engagements for no fee