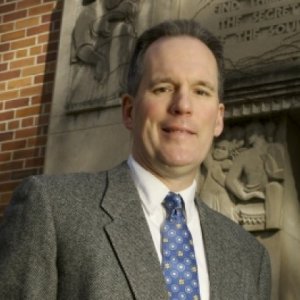 Michael Largey is an ethnomusicologist and folklorist who writes about the music and culture of Haiti, specifically Haitian classical and religious music. He teaches courses in Caribbean music, South Asian music, East Asian music, ethnographic fieldwork, world music, and historical musicology. He taught previously at Columbia University in New York. He is a core faculty member in the Center for Latin American and Caribbean Studies and the Asian Studies Center at Michigan State.

Largey is author of Vodou Nation: Haitian Art Music and Cultural Nationalism (University of Chicago Press, 2006), which was awarded the 2007 Alan Merriam Prize from the Society for Ethnomusicology for the most distinguished book in the field of ethnomusicology. Largey is also a co-author with Peter Manuel of the third edition of Caribbean Currents: Caribbean Music from Rumba to Reggae (Temple University Press, 2016). The first edition of Caribbean Currents (co-authored by Peter Manuel and Kenneth Bilby) won the 1996 Gordon K. Lewis Memorial Award for Caribbean Scholarship from the Caribbean Studies Association and was a 1996 Choice Outstanding Academic Book. His most recent book is Haitians in Michigan (Michigan State University Press, 2010).