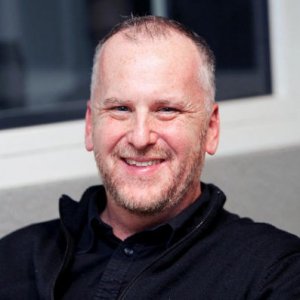 Professor of Philosophy | University of Connecticut

Michael Patrick Lynch is a writer and professor of philosophy at the University of Connecticut, where he directs the Humanities Institute. He is the author or editor of seven books, including, In Praise of Reason: Why Rationality Matters for Democracy as well as Truth as One and Many and the New York Times Sunday Book Review Editor’s pick, True to Life. The recipient of the Medal for Research Excellence from the University of Connecticut’s College of Liberal Arts and Sciences, Lynch has held grants from the John Templeton Foundation, the National Endowment for the Humanities and the Bogliasco Foundation among others. A frequent contributor to the New York Times “The Stone” weblog, Lynch lectures widely, including at TEDx, Chautauqua, and South by Southwest. In 2013, he authored an amicus curiae brief on behalf of the ACLU’s federal case against the NSA. His latest book is The Internet of Us: Knowing More and Understanding Less in the Age of Big Data.

Awarded by the University of Connecticut’s College of Liberal Arts and Sciences. 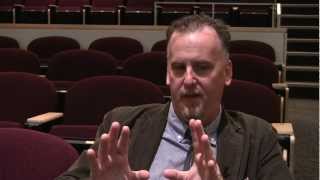 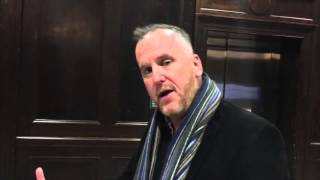 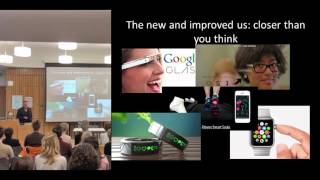 The Disturbing Power of Information Pollution

In January 2017, President Donald Trump’s official spokesperson asserted that the crowds for his inauguration were the biggest had by any president ever. The claim was false, and hilariously so: there was direct photographic evidence to the contrary, not to mention the testimony of those who had been present on the ground. Nonetheless, the White House insisted; and it was even alleged by some that the photos had been doctored. Facts — indeed, the values of truth and rationality — seemed not to matter.

Why the anti-vaccination movement is wrong

Experts say the impact of the fall in vaccinations for measles, mumps and rubella is already playing out - 876 cases of measles confirmed in England this year, three times the number for the whole of last year. Here we explore we have this curious, dangerous problem with scientific fact in 2018.

Teaching Humility in an Age of Arrogance

"Humility" isn’t a word that most academics — or Americans — identify with. Indeed, if there is a single attitude most closely associated with our culture, it’s the opposite of humility. The defining trait of the age seems to be arrogance — in particular, the kind of arrogance personified by our tweeter in chief; the arrogance of thinking that you know it all and that you don’t need to improve because you are just so great already...

“There are an alarming number of people who tend to be credulous and form beliefs based on the latest thing they’ve read, but that’s not the wider problem,” said Michael Lynch, a professor of philosophy at the University of Connecticut. “The wider problem is fake news has the effect of getting people not to believe real things.”...

Only a few days after the presidential election, the Oxford English Dictionary crowned its international word of the year: post-truth. The dictionary defined it as “relating to or denoting circumstances in which objective facts are less influential in shaping public opinion than appeals to emotion and personal belief.” To say that the term captured the zeitgeist of 2016 is a lexigraphical understatement. The word, the dictionary’s editors explained, had “gone from being a peripheral term to being a mainstay in political commentary.”...

And that conflation of what information can accurately be described as fake or misleading or maybe only partially true, coupled with the warp speed of digital platforms like Facebook and Twitter, have created a perfect storm of confusion, said University of Connecticut philosophy professor and author Michael Lynch. “Confusion and deception is happening…. and mass confusion about the importance of things like truth follow in the wake of that deception," said Lynch, who wrote a column in The New York Times this week about impact of "fake news" on the health of America’s political system. “And that is absolutely corrosive to democracy.”...

Trump, Truth and the Power of Contradiction

Consistency, Emerson said, is the hobgoblin of little minds. Perhaps no one in American public life channels this thought more than Donald J. Trump. He not only doesn’t fear contradiction, he embraces it. And he is downright scornful of those little minds that are bothered by his performances...

The Value of Truth

In the jargon of academia, the study of what we can know, and how we can know it, is called “epistemology.” During the 1980s, philosopher Richard Rorty declared it dead and bid it good riddance. To Rorty and many other thinkers of that era, the idea that we even needed a theory of knowledge at all rested on outmoded, Cartesian assumptions that the mind was an innocent mirror of nature; he urged that we throw out the baby—“truth”—with the bathwater of seventeenth-century rationalism. What’s the Use of Truth?, he asked in the provocative title of his final book (published in 2007). His answer, like that of many of his contemporaries, was clear: not much. How things have changed. Rorty wrote his major works before smartphones, social media, and Google. And even through the Internet’s early days, many believed that it could only enhance the democratization of information—if it had any impact on society at all. The ensuing decades have tempered that optimism, but they’ve also helped make the problem of knowledge more urgent, more grounded. When millions of voters believe, despite all evidence, that the election was stolen, that vaccines are dangerous, and that a cabal of child predators rule the world from a pizza parlor’s basement, it becomes clear that we cannot afford to ignore how knowledge is formed and distorted. We are living through an epistemological crisis.

There is nothing wrong with strong opinions. They are healthy in a democracy – an apathetic electorate is an ineffective electorate. But a curious fact about American society’s supercharged political culture is that even the most humble debates (think: Which fried chicken sandwiches are best?) turn a tweet into matters of conviction.

From One to Many: Recent Work on Truth

2016 In this paper, we offer a brief, critical survey of contemporary work on truth. We begin by reflecting on the distinction between substantivist and deflationary truth theories. We then turn to three new kinds of truth theory—Kevin Scharp’s replacement theory, John MacFarlane’s relativism, and the alethic pluralism pioneered by Michael Lynch and Crispin Wright. We argue that despite their ...

Why Worry about Epistemic Circularity?

2016 Although Alston believed epistemically circular arguments were able to justify their conclusions, he was also disquieted by them. We will argue that Alston was right to be disquieted. We explain Alston’s view of epistemic circularity, the considerations that led him to accept it, and the purposes he thought epistemically circular arguments could serve. We then build on some of Alston’s remarks and introduce ...

After the Spade Turns: Disagreement, First Principles and Epistemic Contractarianism

International Journal for the Study of Skepticism

2016 Reasons, Wittgenstein warned, come to an end; we hit bedrock; the spade is turned. Long philosophical tradition, not to mention common sense, agrees. You can’t justify everything. In this paper, I examine a case where it is not only especially compelling that reasons run out—it is especially troubling. The case is when there is disagreement over explicitly epistemic first principles. Epistemic first ...

2014 Imagine you had the functions of your smartphone miniaturized to a cellular level and accessible by your neural network. Reflection on this possibility suggests that we should not just concern ourselves with whether our knowledge is extending “out” to our devices; our devices are extending in, and with them, possibly the information that they bring. If so, then the question of whether knowledge is ...

2014 Richard Rorty once famously remarked that, “if you take care of freedom, truth will take of itself.” I take there to be something deeply right about this thought—but I also think there is something profoundly misleading about it is as well. In this essay I want to say why that is, and why truth and freedom need each other—neither can go it alone.