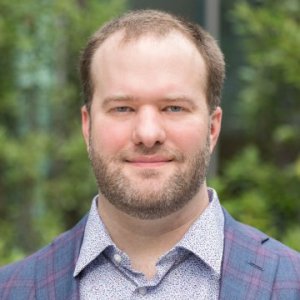 Nanomaterials and Nanodevices for Biology and Medicine

The Dreams to Reality Incubator: open for business

Newly appointed director of the D2Ri, Michael C. Mancini, Ph.D., director of project outreach and professor at VCU Engineering, plans to continue the expansion of the program.

The projects are the product of a yearlong Capstone Design course, led by Michael C. Mancini, Ph.D., director of project outreach and the capstone program, which immerses senior engineering students in the hands-on processes of solving practical real-world problems.

A VCU dental student's invention aims to make flossing less annoying, and now she has $10K to launch it

The Proxy-Flosser is a good product because it solves a problem Gordon knows well, said Mike Mancini, a business development manager for Innovation Gateway. He said he can envision the Proxy-Flosser on the rack at Wegmans right beside the toothbrushes.

A system and method for intra-operatively providing anatomical guidance in a diagnostic or therapeutic procedure is disclosed. In embodiments, the system includes multiple light sources configured to emit different frequencies, multiple electronic imaging devices to detect various frequencies of reflected, emitted, or scattered light. The system and method incorporate an optical probe is integral to an endoscopic device or a therapeutic laser system, optically coupled to a light source; a display for displaying at least one visual representation of data; and a controller programmed to generate at least one real-time integrated visual representation of an area of interest and to display the real-time visual representation on the display for guidance during the diagnostic or therapeutic procedure.

Semester course; 3 lecture hours. 3 credits. Prerequisites: EGRB 101, EGRB 102, EGRB 203, EGRB 209, EGRB 215, EGRE 206 (or equivalent), each with a minimum grade of C. Restricted to students with junior standing in the biomedical engineering program. Explores the professional and ethical responsibilities of a biomedical engineer. Emphasis will be placed on design issues associated with biomedical engineering, teamwork, regulatory issues and human and animal subjects.

Second window for in vivo imaging

As more research comes to light we can look forward to further illumination of the behaviour of carbon nanotubes in the pleura, including their retention time and the role of factors such as fibre length or aggregate size. Along with actual measurements of nanotubes in the air of the workplace, such studies should culminate in rational risk assessment and safe management for those handling carbon nanotubes.

Oxidative quenching and degradation of polymer-encapsulated quantum dots: new insights into the long-term fate and toxicity of nanocrystals in vivo

We report quenching and chemical degradation of polymer-coated quantum dots by reactive oxygen species (ROS), a group of oxygen-containing molecules that are produced by cellular metabolism and are involved in both normal physiological and disease processes such as oxidative signaling, cancer, and atherosclerosis. A major new finding is that hypochlorous acid (HOCl) in its neutral form is especially potent in degrading encapsulated QDs, due to its small size, neutral charge, long half-life, and fast reaction kinetics under physiologic conditions. Thus, small and neutral molecules such as HOCl and hydrogen peroxide (H2O2) are believed to diffuse across the polymer coating layer, leading to chemical oxidation of sulfur or selenium atoms on the QD surface. This “etching” process first generates lattice structural defects (which cause fluorescence quenching) and then produces soluble metal (e.g., cadmium and zinc) and chalcogenide (e.g., sulfur and selenium) species. We also find that significant fluorescence quenching occurs before QD dissolution and that localized surface defects can be repaired or “annealed” by UV light illumination. These results have important implications regarding the long-term fate and potential toxicity of semiconductor nanocrystals in vivo.

Surgery is one of the most effective and widely used procedures in treating human cancers, but a major problem is that the surgeon often fails to remove the entire tumor, leaving behind tumor-positive margins, metastatic lymph nodes, and/or satellite tumor nodules. Here we report the use of a hand-held spectroscopic pen device (termed SpectroPen) and near-infrared contrast agents for intraoperative detection of malignant tumors, based on wavelength-resolved measurements of fluorescence and surface-enhanced Raman scattering (SERS) signals. The SpectroPen utilizes a near-infrared diode laser (emitting at 785 nm) coupled to a compact head unit for light excitation and collection. This pen-shaped device effectively removes silica Raman peaks from the fiber optics and attenuates the reflected excitation light, allowing sensitive analysis of both fluorescence and Raman signals. Its overall performance has been evaluated by using a fluorescent contrast agent (indocyanine green, or ICG) as well as a surface-enhanced Raman scattering (SERS) contrast agent (pegylated colloidal gold). Under in vitro conditions, the detection limits are approximately 2−5 × 10−11 M for the indocyanine dye and 0.5−1 × 10−13 M for the SERS contrast agent. Ex vivo tissue penetration data show attenuated but resolvable fluorescence and Raman signals when the contrast agents are buried 5−10 mm deep in fresh animal tissues. In vivo studies using mice bearing bioluminescent 4T1 breast tumors further demonstrate that the tumor borders can be precisely detected preoperatively and intraoperatively, and that the contrast signals are strongly correlated with tumor bioluminescence. After surgery, the SpectroPen device permits further evaluation of both positive and negative tumor margins around the surgical cavity, raising new possibilities for real-time tumor detection and image-guided surgery.

An integrated widefield imaging and spectroscopy system for contrast-enhanced, image-guided resection of tumors

Tumor recurrence following surgery is a common and unresolved medical problem of great importance since surgery is the most widely used treatment for solid-mass tumors worldwide. A contributing factor to tumor recurrence is the presence of residual tumor remaining at or near the surgical site following surgery. Goal: The primary objective of this study was to develop and evaluate an image-guided surgery system based on a near-infrared, handheld excitation source and spectrograph in combination with a widefield video imaging system. Methods: This system was designed to detect the fluorescence of near-infrared contrast agents and, in particular, indocyanine green (ICG). The imaging system was evaluated for its optical performance and ability to detect the presence of ICG in tumors in an ectopic murine tumor model as well as in spontaneous tumors arising in canines. Results: In both settings, an intravenous ICG infusion provided tumor contrast. In both the murine models and surgical specimens from canines, ICG preferentially accumulated in tumor tissue compared to surrounding normal tissue. The resulting contrast was sufficient to distinguish neoplasia from normal tissue; in the canine surgical specimens, the contrast was sufficient to permit identification of neoplasia on the marginal surface of the specimen. Conclusion: These results demonstrate a unique concept in image-guided surgery by combining local excitation and spectroscopy with widefield imaging. Significance: The ability to readily detect ICG in canines with spontaneous tumors in a clinical setting exemplifies the potential for further clinical translation; the promising results of detecting neoplasia on the marginal specimen surface underscore the clinical utility.