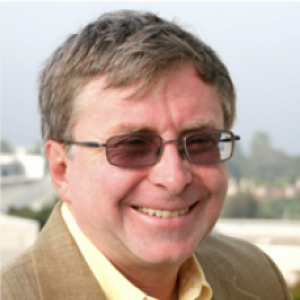 
Michael Norman is author of over 300 research articles in the diverse areas of astrophysics, including star and galaxy formation. 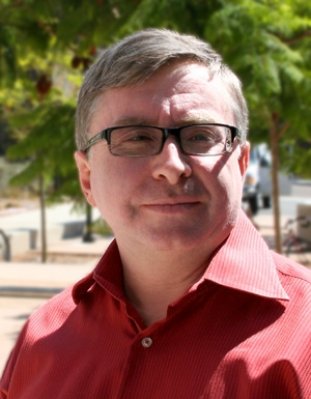 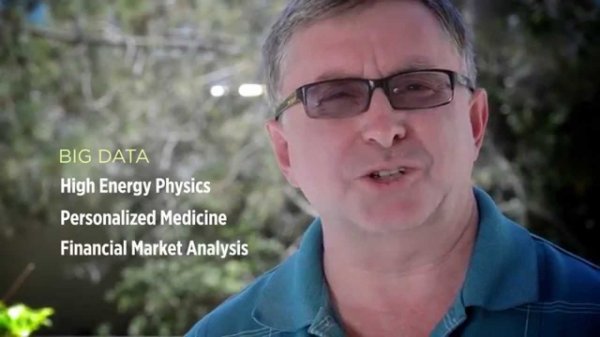 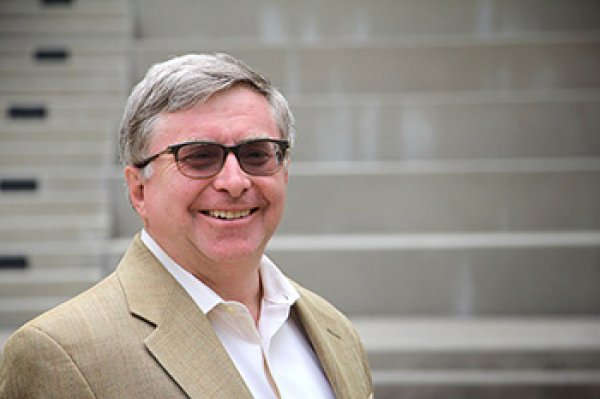 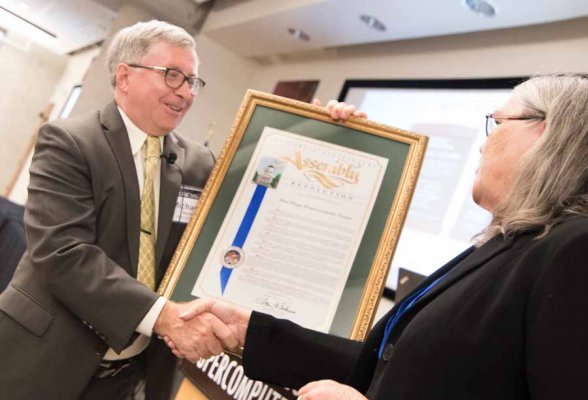 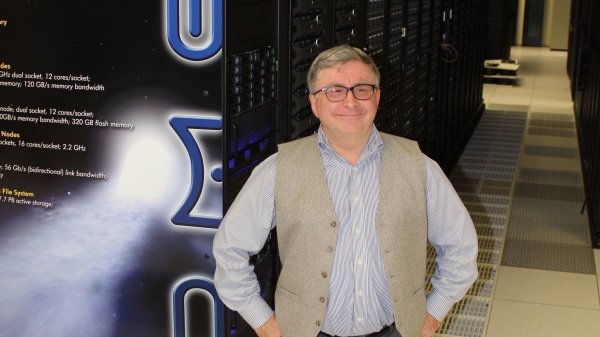 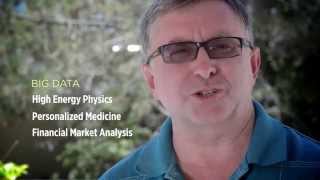 Norman, named SDSC interim director in June 2009 and appointed to the position of director in September 2010, is a distinguished professor of physics at UC San Diego and a globally recognized astrophysicist. Norman is a pioneer in using advanced computational methods to explore the universe and its beginnings. In this capacity, he has directed the Laboratory for Computational Astrophysics -- a collaborative effort between UC San Diego and SDSC resulting in the Enzo community code for astrophysics and cosmology in use worldwide.

Norman is the author of over 300 research articles in diverse areas of astrophysics, including star and galaxy formation, the evolution of intergalactic medium, as well as numerical methods. Norman's work has earned him numerous honors, including Germany's prestigious Alexander von Humboldt Research Prize, the IEEE Sidney Fernbach Award, and several HPCC Challenge Awards. He also is a fellow of the American Academy of Arts and Sciences, and the American Physical Society. He holds an M.S. and Ph.D. in engineering and applied sciences from UC Davis, and in 1984 completed his post-doctoral work at the Max Planck Institute for Astrophysics in Garching, Germany. From 1986 to 2000, Norman held numerous positions at the University of Illinois in Urbana, as an NCSA associate director and senior research scientist under Larry Smarr, and as a professor of astronomy. From 1984 to 1986, he was a staff member at Los Alamos National Laboratory.

The annual Equal Opportunity/Affirmative Action and Diversity Awards Program honors staff, faculty, students, departments, and organizational units or groups that make outstanding contributions in the areas of equal opportunity, affirmative action, diversity, and the UCSD Principles of Community during the year.

Fellow of American Academy of Arts and Sciences

Five faculty members at the University of California, San Diego have been named fellows of the American Academy of Arts and Sciences, the academy has announced. The five are among 196 new fellows and 17 new foreign honorary members in the academy's 225th class.

“Comet has served researchers as a key resource among a wide range of science domains and is an important resource for the analysis of data from large scientific instruments that led to recent landmark discoveries by scientists at the Laser Interferometer Gravitational Wave Observatory (LIGO), the IceCube Observatory, and XENON Collaboration,” said SDSC Director Michael Norman.

The new study builds on the highly accurate and successful “MB-pol many-body potential” for water developed in Paesani’s lab, which recently has emerged as an accurate molecular model for water simulations from the gas to liquid to solid phases. “This is a new methodology that could revolutionize computational chemistry,” said SDSC Director Michael Norman.

Over the past 32 years, the Supercomputer Center’s technology has advanced exponentially; its two latest super computers, Gordon and Comet, far outpace their early forerunner in speed, memory and other parameters. And two Del Mar residents, Sid Karin and Michael Norman, have helped guide the center to its current prominence as a research tool for the national academic community — one of four academic supercomputer centers operating across the United States.

Director Michael Norman said Comet shows how far computing has come since SDSC was founded. "It is 2 million times as powerful as the first supercomputer we had when we opened our doors," Norman said. In 1985, Norman said, supercomputers were only as powerful as an iPhone is today. Comet is funded for the next five years by a grant from the National Science Foundation. Norman said that funding supports about 10 new jobs.

2018 Astrophysical and cosmological phenomena involve a large variety of physical processes, and can encompass an enormous range of scales. To effectively investigate these phenomena computationally, applications must similarly support modeling these phenomena on enormous ranges of scales; furthermore, they must do so efficiently on high-performance computing platforms of ever-increasing parallelism and complexity.

2018 The formation of stellar mass black holes from the remnants of Population III stars provides a source of initial black hole seeds with the potential to grow into intermediate or, in rare cases, possibly supermassive black holes. We use the Renaissance simulation suite to follow the growth of over 15,000 black holes born into mini-haloes in the early Universe.

2017 We produce synthetic spectra and observations for metal-free stellar populations and high-mass X-ray binaries in the Renaissance Simulations at a redshift of 15. We extend our methodology from the first paper in the series by modelling the production and extinction of emission lines throughout a dusty and metal-enriched interstellar and circum-galactic media extracted from the simulation, using a Monte Carlo calculation.

First light: exploring the spectra of high-redshift galaxies in the Renaissance Simulations

2017 We present synthetic observations for the first generations of galaxies in the Universe and make predictions for future deep field observations for redshifts greater than 6. Due to the strong impact of nebular emission lines and the relatively compact scale of H ii regions, high-resolution cosmological simulations and a robust suite of analysis tools are required to properly simulate spectra. We created a software pipeline consisting of fsps, hyperion, cloudy and our own tools to generate synthetic IR observations from a fully three-dimensional arrangement of gas, dust, and stars.

Galaxy Properties and UV Escape Fractions during the Epoch of Reionization: Results from the Renaissance Simulations

2017 Cosmic reionization is thought to be primarily fueled by the first generations of galaxies. We examine their stellar and gaseous properties, focusing on the star formation rates and the escape of ionizing photons, as a function of halo mass, redshift, and environment using the full suite of the Renaissance Simulations with an eye to provide better inputs to global reionization simulations.