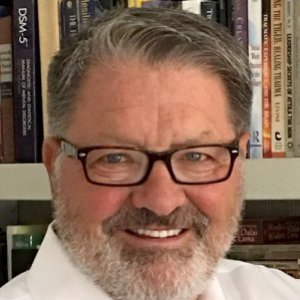 Michael Rank is a clinical associate professor at the Virtual Academic Center. Previously, he served as director of the school's San Diego Academic Center. He has been affiliated with the USC Center for Innovation and Research on Veterans & Military Families since January 2011. From 1995 to 2010, he was a tenured associate professor at the University of South Florida School of Social Work.

Rank is a Vietnam War veteran, having served as an infantryman in the U.S. Army from 1969 to 1970. He spent 10 years as a state parole agent in Pennsylvania; directed family advocacy and Children Have a Potential (CHAP) programs for the U.S. Air Force; was a team leader for a Veterans Administration Vet Center program; and was director of employee assistance programs for Family Service America. He has designed and implemented domestic violence programs for perpetrators and survivors, and has conducted many critical incident stress debriefings following bank robberies, most notably for Bank of America (formerly Nations Bank) and the United States Postal Service. He has consulted for international programs of social work, most notably that at Kuwait University, and currently consults for domestic programs of social work regarding curriculum development and accreditation issues.

Awarded by the State of California Senate.

Awaded by the National Association of Social Workers, Florida Chapter.

Combat Stress Control and Prevention: What Can Be Learned from an Application of Workplace Behavioral Health in a Deployed Combat Environment?

2009 Using an exploratory design, this three-phased research study investigated the effectiveness of a manualized nonhuman-animal care compassion fatigue training module on the compassion fatigue symptoms of volunteer participants as measured by three separate instruments. A total of fifty-seven nonhuman-animal care professionals (NACP) attended three trainings. The results indicate that the ...

2008 This research study intended to determine which patient diagnostic group benefited most from an extended care psychiatric rehabilitation program (Program). Archival data were used to assess the completion rates among those subjected to one or more of the Program's treatment modalities. A correlational design was used to determine whether demographic or diagnostic variables were ...