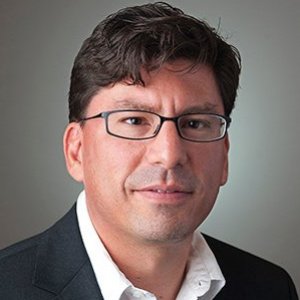 
Michael Rauh's research interests are contract theory, the theory of the firm, economics and culture, and economic sociology.

Incentives, Wages, Employment, and the Division of Labor in Teams

The RAND Journal of Economics

2014 We develop a theory of incentives, wages, and employment in the context of team production. A central insight is that specialization and division of labor not only improve productivity but also increase effort and the sensitivity of effort to incentives under moral hazard. We show that employment and incentives are complements for the principal when the positive effects of specialization and division of labor outweigh the increase in risk associated with additional employment and are substitutes otherwise. We provide new characterizations of the partnership, the firm, and the role of the budget-breaker that are quite different from the classical literature.

The Firm as a Socialization Device

2010 Why do firms exist? What is their function? What do managers do? What is the role, if any, of social motivation in the market? In this paper, we address these questions with a new theory of the firm, which unites some major themes in management, principal-agent theory, and economic sociology. We show that although the market is a superior incentive mechanism, the firm has a comparative advantage with respect to social motivation. We then show that the market is efficient in environments that favor the provision of incentives, such as when subjective risk is low and ...

2010 In this paper, we introduce the psychological concept of anxiety into agency theory. An important benchmark in the anxiety literature is the inverted-U hypothesis, which states that an increase in anxiety improves performance when anxiety is low, but reduces it when anxiety is high. We show that the inverted-U hypothesis is consistent with evidence that high-powered incentives can reduce the agent's optimal effort and expected performance. In equilibrium, however, a profit-maximizing principal never offers such counterproductive incentives. We also show that the ...

2008 In this paper, we use a novel data set containing prices from bazaars, convenience stores, and supermarkets in Istanbul to re-examine the relationship between price dispersion and inflation. Although existing evidence is mixed, we find positive and significant relationships between dispersion, on the one hand, and lagged dispersion and unexpected product-specific inflation on the other. We also find evidence that dispersion is initially decreasing in anticipated aggregate inflation but is eventually increasing. Finally, average price duration and dispersion are lowest in the bazaar. This is intuitive, since menu and search costs should be minimal in that market structure.