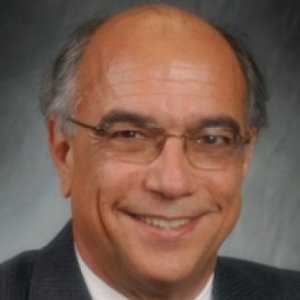 Professor Salerno is a Clinical Professor of Law, Director of the UC Hastings Legislation Clinic. He attended UC Santa Barbara, B.A., Psychology and Sociology (1972); and UC Davis, J.D. (1979). Prior to law school, he was a consultant to the California State Senate, and in that capacity was a principal drafter of the Uniform Determinate Sentencing Act of 1976. While in law school, he served on the University of California Board of Regents. After graduating law school, he worked for the California Legislative Counsel.

Professor Salerno was an Adjunct and Visiting Professor at the University of California, Davis School of Law (1993 to 1996). He was a Fulbright Scholar in Italy (Rome) during the 1995 fall semester and continues to make annual trips to Italy lecturing about US law. He was a Visiting Professor at the University of San Diego School of Law (Summer 2007) and the Instituto Tecnológico Autónomo de México, México D.F. (Summer 2006). From March 2007 to July 2008 he was the Executive Director of the California Fair Political Practices Commission.

Professor Salerno has published articles concerning the legislative process, regulating the financial interests of public officials (conflicts of interest), influencing legislation, and amending constitutions in the United States. He is the coauthor of Legal, Legislative, and Rule Drafting in Plain English (with R. Martineau, Thompson/West 2005) and The California Constitution: A Reference Guide, (with J. Grodin and D. Shanske, Oxford University Press, to be published fall 2015).

Issues in State and Local Governance

Structure and Theory of Federal and State Government

Most regents on the board are appointed by the state governor and traditionally take their seats after successful careers in business, politics or finance. Some are extremely wealthy, and most are well connected: The position of UC regent is “the most sought-after gubernatorial appointment after the Supreme Court,” according to Michael Salerno, the 1977-78 student regent and a professor at UC Hastings College of the Law...

The relationship between the California Supreme Court and the other branches of state government has seen better days. Justices who wonder why might recall the “respect for others” lesson taught in kindergarten...

New Lipstick on an Old Pig

"This measure disproportionately affects unions," said Michael Salerno, associate director of the Center for State and Local Government Law at UC Hastings College of the Law in San Francisco. "There's a saying in the initiative business — you've got the sizzle, and you've got the beef. The sizzle is the stuff that appeals to voters, like 'contractors shouldn't be able to make contributions to politicians who are making decisions on their contracts,'" said Salerno, describing one seemingly balanced feature of Prop 32. "That's the sizzle," the reasonable and balanced intent of a law that, in fact, won't actually have much impact. "The beef is: Unions can't use payroll deductions to get political contributions from their members. Corporations don't use payroll deductions from their employees. They just use their corporate resources," said Salerno...

Citizens United and its Impact

The USA Corporation as a Person: The Citizens United US Supreme Court Decision

The Law of Modern Direct Democracy