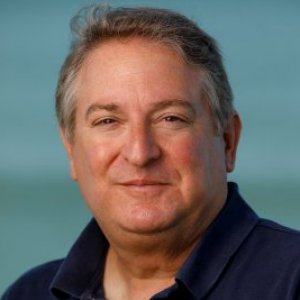 
Michael Savarese studies the history of environmental change in coastal areas and how this can inform the future. 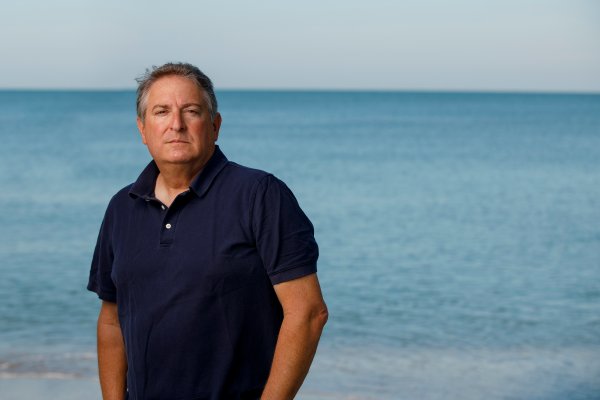 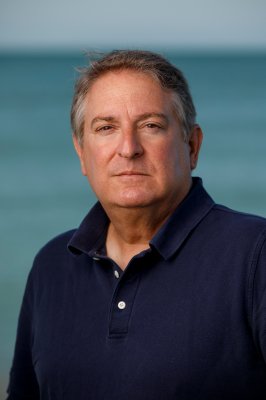 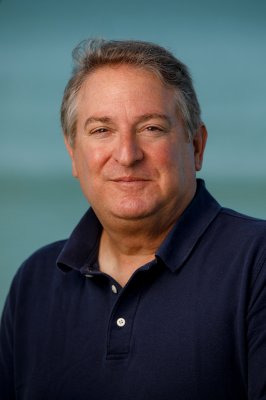 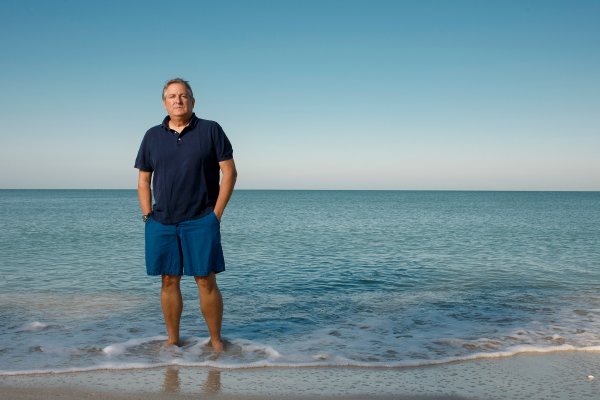 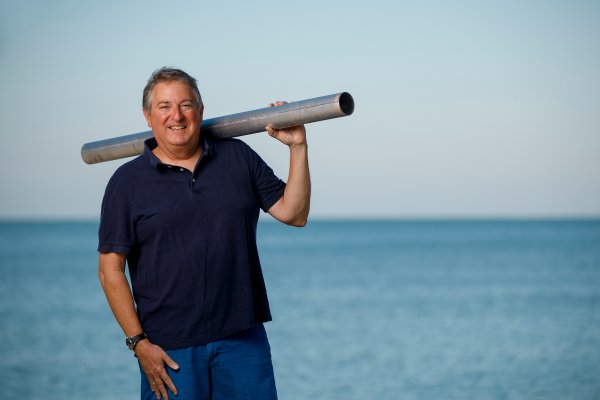 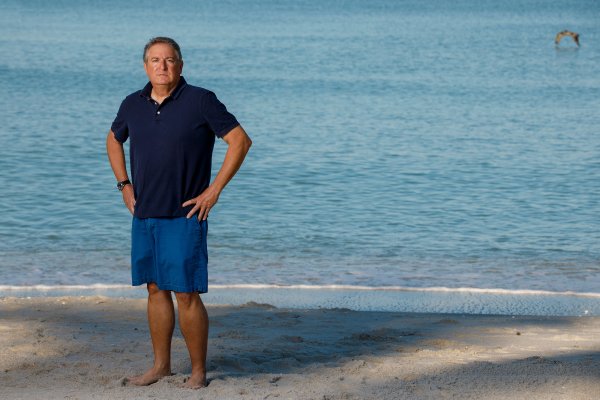 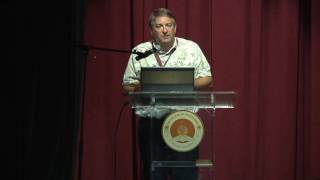 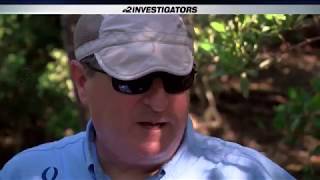 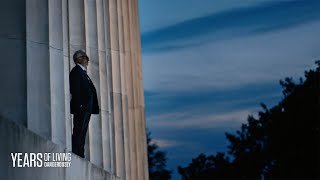 Michael Savarese is a professor of marine science and environmental studies at Florida Gulf Coast University.

He recently extended his research and educational activities to the Bahamas, where he investigates the projected effects of sea-level rise, as well as aiding the Bahamian government in its long-range planning. He is also working with communities in Southwest Florida to study and develop coastal resilience in coastal communities.

NBC2 Investigates: Putting politics aside to save our shores

Seeing is believing: NBC2 Investigators visit Keewaydin Island where sea level is on the rise

Michael Savarese: "Keewaydin Island is a great laboratory for looking at the effects of climate change, sea level rise, and storminess."

Michael Savarese leads a group, including Rep. Francis Rooney, to Keewaydin Island -- a place where the impact of sea level rise is evident.

Michael Savarese's work on sea level rise in Southwest Florida is described, as well as its influence on congressman Francis Rooney's stance on climate change.

Michael Savarese talks about the hurricane risks to the Southwest Florida barrier islands.

Congressman Francis Rooney writes an opinion piece about his collaboration with MIchael Savarese on the issues of sea level rise in South Florida.

Mike Savarese's research concerns the history of coastal environmental and ecological change as a function of climate change and sea-level rise, and how this historical perspective can inform management and planning for coastal communities in the future as sea-level rise rates accelerate. I’ve concentrated my efforts in Southwest Florida and in the Commonwealth of the Bahamas. Most recently, I have become more active as a science-to-management liaison as communities prepare for the eventualities of climate change.

The Role of Surplus Production in the Emergence of Complex Coastal Society: Collaborative Research Among University of Florida, Florida Gulf Coast University, and University of Georgia

2018 Much of the research accomplished by paleontologists can be categorized as conservation paleobiology. Unfortunately, these works often go unrealized or under-appreciated because the environmental professionals best positioned to use those results are detached from the science, as managers or decision-makers, or are completely unaware of the scientific discipline. Commonly, a research program with management implications is undertaken without briefing the relevant agencies in advance and without their input with respect to research objectives and design. Academics typically work within or among their academic institutions with a predestined pathway toward peer-review publication in scholarly journals. Those papers often go unread by agency professionals, and universities at times of promotion rarely value technical reports. Partnership and collaboration with agencies is essential. Agency professionals have very specific environmental management objectives and priorities, often influenced by resource limitations. Academic scientists should adapt their research programs to accommodate agency research needs and priorities, and be willing to adopt research designs that best achieve agency objectives, even if those agencies are unable to financially support the effort. Often agencies can support research through in-kind match for field and laboratory work, or with research staff assistance. When partnerships are strong, “request for proposals” (RFPs) from state and local governmental agencies can be customized for specific talents found among academics.

The effects of shellfish harvesting by aboriginal inhabitants of Southwest Florida on productivity of the eastern oyster: a conservation paleobiological approach

2016 Oyster reefs in Southwest Florida (USA) have been integral to estuarine ecology throughout the Holocene. Though Crassostrea virginica has never been commercially harvested, aboriginal people used the oyster substantially, accumulating middens between 5000 BC and AD 1700. A conservation paleobiological/historical ecological study of oysters from middens and modern reefs within Estero Bay (EB) and Pine Island Sound (PIS) determined if oyster productivity changed due to aboriginal overharvesting. Archaeological samples came from sites including the Late Archaic (LA, 2000–500 BC) of PIS and the Caloosahatchee (Cal, 500 BC–AD 1500) of EB and PIS. These samples were compared with natural oyster death assemblages from neighboring modern reefs. Methods comprised measuring oyster convex valve lengths and sectioning shells to count ligament pit growth lines that served as proxy for growth rate. The biologic taphonomic grade was also compared after scoring the interior valve surface; biologic grade is near pristine for oysters collected live for consumption. Archaeological samples exhibit significantly better taphonomic grades when compared to modern assemblages, confirming the hypothesis that oysters were harvested for food. Valve length decreased significantly from LA to Cal time, whereas modern assemblages were indistinguishable from LA collections. Because the Cal samples span 4 climatic intervals, the results suggest that climate change was not responsible for shifts in productivity. Results support the hypothesis of overharvesting during Cal times. They also suggest that modern oysters retain the capacity for growth, and indicate that aboriginal activity did not result in a permanent microevolutionary shift. The results are also relevant for the ongoing discussion surrounding the creation of an Anthropocene Epoch; the shell middens built throughout history greatly influenced both estuarine ecology and landscapes through fishing and engineering practices.

Proceedings of the 16th Symposium on the Geology of the Bahamas and Other Carbonate Regions.

2016 Hanna Bay Member limestones are extensive on peripheries of the southern Exuma Islands (Little Exuma, Great Exuma, and Stocking Islands) and provide a record of late Holocene carbonate deposition and sea-level effects on progradation and distribution of coastal environments. Three lithofacies occur and represent foreshore, backshore, and dune environments. Progradational dune strand plains, composed of eolian rather than beach ridges, are common. Ridges lithify quickly by freshwater vadose cementation, which increases preservation potential. Dune forms are well preserved, and exhibit original lee and stoss surfaces, sedimentary structures, and vegetative and faunal trace fossils. Foreshore and backshore deposits sit either stratigraphically below or outboard of eolian sands, indicating that dune facies commonly prograded over beach deposits or that beach deposits were involved in strand plain formation. Outcrops may exhibit multiple phases of foreshore deposition and erosion. Occasionally within strand plains, wide limestone pavements remain between adjacent ridges and are interpreted as preserved backshores. Cross cutting relationships of dune ridge sets, paleo-cliff faces, and boulder breccias indicate periods of erosion and set-back punctuating times of progradation. Foreshore limestones are found at elevations up to 2 m above modern sea level. Elevation of such intertidal deposits has been cited as evidence for late Holocene sea-level highstands. However, similar to the foreshore facies of Hanna Bay limestones on San Salvador and Eleuthera, sedimentologic, petrographic, and fossil evidence is more consistent with an ephemeral, non-eustatic sea-level high caused by localized coastal phenomena.