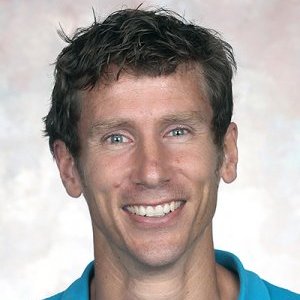 Dr. Michael Sevier is an assistant professor in the Mechanical Engineering Department at MSOE and the Pieper Family Foundation Endowed Chair for Servant-Leadership. He teaches Mechanics of Materials II, Mechanics II, Finite Element Methods, Vibration Control, and advises Senior Design. He earned his bachelor's, master's and doctorate degrees in mechanical engineering from the University of California, Santa Barbara. Prior to joining MSOE in 2016, Sevier served as a senior project engineer for ATA Engineering Inc. in Los Angeles.

Metallurgical and Materials Transactions A

2008 Large strain extrusion machining (LSEM), a constrained chip formation process, is examined as a method of severe plastic deformation (SPD) at small deformation rates for production of ultra-fine-grained (UFG) materials. A finite element procedure is developed for prediction of deformation field parameters such as effective strain, strain rate, and their variation across the thickness of the chip for various cutting (extrusion) ratios. The cutting force (extrusion pressure) and hydrostatic pressures within the deformation zone are also analyzed. A consideration of the deformation occurring in chip formation suggests bounds on the extrusion ratios that can be realized. Implications of the results for production of bulk chip samples of controlled geometry and with an UFG microstructure are discussed.

Metallurgical and Materials Transactions B

2007 A finite element model of large strain deformation in machining is presented in the context of using machining as a controlled method for severe plastic deformation (SPD). Various characteristics of the large strain deformation field associated with chip formation, including strain, strain distribution, strain rate, and velocity field, are calculated using the model and compared with direct measurements in plane strain machining. Reasonable agreement is found for all cases considered. The versatility and accuracy of the finite element model are demonstrated, especially in the range of highly negative rake angles, wherein the shear plane model of machining is less applicable due to the nature of material flow around the tool cutting edge. The influence of the tool rake angle and friction at the tool-chip interface on the deformation is explored and used to establish correspondences between controllable machining input parameters and deformation parameters. These correspondences indicate that machining is a viable, controlled method of severe plastic deformation. Implications of the results for creation of nanostructured and ultra-fine-grained alloys by machining are briefly highlighted.

2006 The deformation field associated with chip formation in plane strain (2-D) machining has been simulated using the finite element method (FEM), with the objective of developing 2-D machining as an experimental technique for studying very large strain deformation phenomena. The principal machining parameters are the tool rake angle, cutting velocity and the friction at the tool-chip interface while the deformation field parameters are strain, strain rate and temperature. The relation between rake angle and the shear strain in the deformation zone is studied for the low-speed cutting of lead. This correspondence is validated by comparison with measurements of the deformation parameters made by applying a Particle Image Velocimetry (PIV) technique to high-speed photographic image sequences of the deformation. It is shown that plastic strains in the range of 1-15 can be realized in a controlled manner by appropriate choice of the rake angle. The unique capabilities offered by 2-D machining for studying micro-and nano-mechanics of large strain deformation, and the creation of ultra-fine grained materials are highlighted in the context of these results.

2000 End milling of die/mold steels is a highly demanding operation because of the temperatures and stresses generated on the cutting tool due to high workpiece hardness. Modeling and simulation of cutting processes have the potential for improving cutting tool designs and selecting optimum conditions, especially in advanced applications such as high-speed milling. The main objective of this study was to develop a methodology for simulating the cutting process in flat end milling operation and predicting chip flow, cutting forces, tool stresses and temperatures using finite element analysis (FEA). As an application, machining of P-20 mold steel at 30 HRC hardness using uncoated carbide tooling was investigated. Using the commercially available software DEFORM-2D™, previously developed flow stress data of the workpiece material and friction at the chip–tool contact at high deformation rates and temperatures were used. A modular representation of undeformed chip geometry was used by utilizing plane strain and axisymmetric workpiece deformation models in order to predict chip formation at the primary and secondary cutting edges of the flat end milling insert. Dry machining experiments for slot milling were conducted using single insert flat end mills with a straight cutting edge (i.e. null helix angle). Comparisons of predicted cutting forces with the measured forces showed reasonable agreement and indicate that the tool stresses and temperatures are also predicted with acceptable accuracy. The highest tool temperatures were predicted at the primary cutting edge of the flat end mill insert regardless of cutting conditions. These temperatures increase wear development at the primary cutting edge. However, the highest tool stresses were predicted at the secondary (around corner radius) cutting edge.