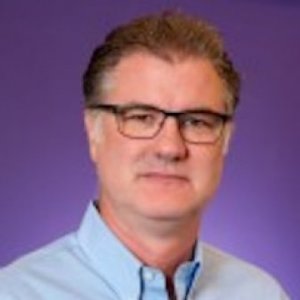 
Mike has worked in diverse landscapes ranging from the Namib Desert in southern Africa to the cloud forests of Costa Rica. 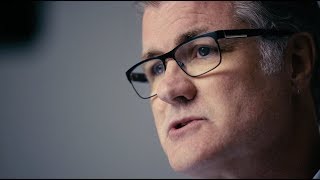 Professor Mike Slattery is Director of the Institute for Environmental Studies and Lead Scientist on the TCU-Oxford-Nextera Wind Research Initiative at Texas Christian University. Originally from South Africa, he is an internationally-trained geographer and environmental scientist: his Bachelor’s is from the University of Witwatersrand, Johannesburg, Masters from the University of Toronto, Canada, and Ph.D. from the University of Oxford, England. He has written more than 70 scientific articles, published a book on environmental issues, and has testified before the U.S. Congress. In 2007 he was awarded the Dean’s Research and Creative Activity Award at TCU. He serves on the editorial board of the Annals of the Association of American Geographers and on the executive research board of the Texas Institute.

Mike has worked in diverse landscapes ranging from the Namib Desert in southern Africa to the cloud forests of Costa Rica. In 2008 he helped establish a research station and several biodiversity and conservation programs in Costa Rica, including a Green Macaw Protection Initiative. His research expertise is on human impact on the environment, especially river systems, and he teaches courses on the environment, soils, hydrology, and climate. He lives in Fort Worth.

University of the Witwatersrand: B.A., Geography and History of Art 1987

“It’s one of the most expensive wildlife products on the illegal market and that’s why these poachers go after it,” Michael Slattery, founder of the Texas Christian University Rhino Initiative, said on Sunday. “The current prices for a rhino horn are anywhere from $15,000 to $50,000 a kilogram. They are seeing dollar signs. It is more expensive than gold and cocaine, so the demand is driving these poachers.”...

Not so, says Michael Slattery, TCU professor and director of the Institute for Environmental Studies. The scholar and environmental scientist has served on the university’s faculty for more than 20 years. In that time, he has seen the campus and Fort Worth as a whole make important strides toward sustainability. The sprawling campus now uses state-of-the-art insulation, and any new buildings must meet rigorous environmental guidelines, he said...

Dr. Michael Slattery, director of the Institute for Environmental Studies, launched the Rhino Initiative in 2014 as part of TCU’s Global Innovator program. “Even though it seems like [rhino poaching] is a problem in another country so far away and we’re not touched by it, it is a global problem,” Slattery said. “If we lose this species, then what’s the next species?”...

Michael Slattery, an Irish national and alleged member of the criminal organization known as the Rathkeale Rovers, was arrested in 2013 for selling rhino horns in New York for $50,000. The Rovers, who are described as “tight-knit extended family groups that live a nomadic lifestyle” by the Department of Justice, are alleged to regularly trade rhinoceros horns on the black market...

“One of our guides on a trip in 2006, who was also a National Geographic guide, had a friend who owned a farm in the forest and was trying to rehabilitate it,” said Dr. Michael Slattery, the director of the Institute for Environmental Studies. “He wanted to build an educational center there and it seemed like the perfect opportunity.”...

The African Rhino Conservation Collaboration (ARCC): An update from the field

The African Rhino Conservation Collaboration (ARCC): A strategy to protect rhino in the Eastern Cape of South Africa

2020 This 20-month study of a prairie hillslope seep system builds upon and extends the soil moisture record from a previous study conducted during the most extreme drought ever recorded in Texas. We seek to improve understanding of how prolonged drought impacts seep-headwater hydrology, and to determine how well dominant vegetation reflects changes in volumetric soil moisture (θv).

Grand challenges in the science of wind energy

2019 A growing global population and an increasing demand for energy services are expected to result in substantially greater deployment of clean energy sources. Wind energy is already playing a role as a mainstream source of electricity, driven by decades of scientific discovery and technology development. Additional research and exploration of design options are needed to drive innovation to meet future demand and functionality.

Sediment Source Fingerprinting: Transforming From a Research Tool to a Management Tool

2012 Wind energy is one of the fastest growing sources of power generation in the world. While general public and political support for wind energy is often high, siting wind farms frequently raises concerns in local communities, and individual projects often fail because of effective public opposition. This paper presents the results of a postal and online survey questionnaire that explores public perceptions of wind energy in two of the most important states for wind development, Texas and Iowa. The goal is a better understanding of public reactions to large-scale wind developments as a prerequisite of more widespread use of renewable energy resources. We found a high level of public support for wind energy, with more than two-thirds of respondents being in favor of building more wind farms either in their community or within the U.S. as a whole. Given that the majority of respondents had a very high level of concern for the general environment, we also found that almost two-thirds of respondents counter-intuitively indicated that producing electricity using fossil fuels is not detrimental to the environment, and that they had little concern for global climate change. Our results suggest that arguing for more renewable sources of energy based on reducing our carbon footprint is less persuasive in these communities than simply approaching it from the perspective of wind being a clean and safe source of energy. More than two-thirds of respondents felt their county had benefited economically from the wind farms and that they were a source of job creation in the county. Support for wind power in these communities is associated far more with socioeconomic factors than foundational aesthetic or moral values, with wind farms perceived as the vehicle that will reverse economic decline.

2011 This paper uses the Jobs and Economic Development Impacts (JEDI) model to estimate economic impacts from 1398 MW of wind power development in four counties in west Texas. Project-specific impacts are estimated at the local level (i.e., within a 100-mile radius around the wind farms) and at the state level. The primary economic policy question addressed is how investment in wind energy affects the state and local communities where the wind farms are built. During the four-year construction phase approximately 4100 FTE (full time equivalents) jobs were supported with turbine and supply chain impacts accounting for 58% of all jobs generated. Total lifetime economic activity to the state from the projects equated to more than $1.8 billion, or $1.3 million per MW of installed capacity. The total economic activity to the local communities was also substantial, equating to nearly $730 million over the assumed 20-year life cycle of the farms, or $0.52 million per MW of installed capacity. Given the current level of impacts observed, and the potential for increased impacts via greater utilization of instate manufacturing capacity and the development of trained wind industry specific laborers, Texas appears to be well positioned to see increasing impacts from continued wind development.

2011 Rivers crossing coastal plains are often inefficient conveyors of sediment, so that changes in upstream sediment dynamics are not evident at the river mouth. Extensive accommodation space and low stream power often result in extensive alluvial storage upstream of estuaries and correspondingly low sediment loads at the river mouth. However, gaging stations with sediment records are typically well upstream of the coast, and thus tend to overestimate sediment yields by under-representing the lower coastal plain and because there is often a net loss of sediment in lower coastal plain reaches. Studies of alluvial sediment storage have generally focused on accommodation space, but, using examples from Texas, we show that low transport capacity controlled largely by slope is a crucial factor.

Journal of Soils and Sediments