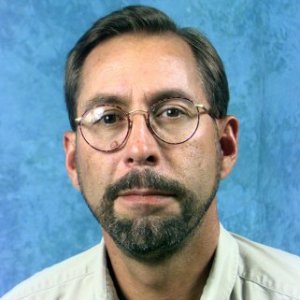 Dr. Stathis has taught political science since 1974 and has taught at SUU since 1991. He served as associate instructor at the University of Utah and visiting professor at Brigham Young University. Dr. Stathis has published several scholarly papers and book chapters, as well as numerous newspaper articles. He is a regular radio guest on the British Forces Broadcasting System (SITREP) commenting on world affairs. 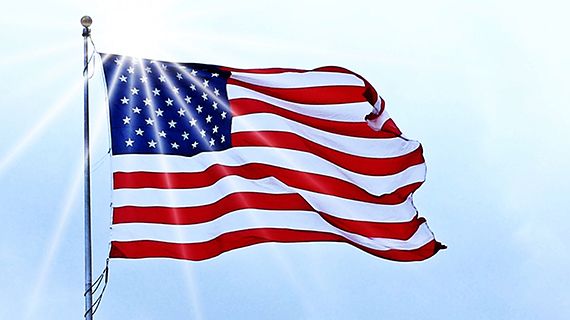 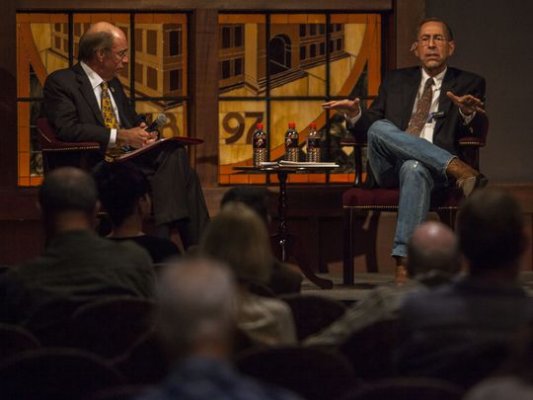 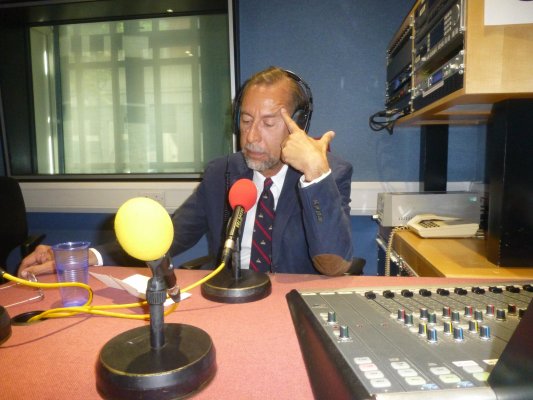 The threat of ISIS is real, SUU professor says

The tension building in the Middle East seem to be on the minds of a lot of people these days, and questions involving the safety of the United States, terrorism in the homeland and whether or not to allow Syrian refugees to enter the country are forefront of almost every political discussion this election season. Michael Stathis, professor of political science and criminal justice at Southern Utah University, gave a presentation Thursday on the prospects of a fourth gulf war — Stathis was the distinguished faculty lecturer in SUU’s Convocation series.

Dr. Bradley J. Cook, the provost of Southern Utah University and also a scholar of Middle Eastern Studies, will give a lecture on Islam and Hope for the Future on Tuesday, Feb. 9 at 11:30 a.m. in the Sterling Church Auditorium of the Student Center. The lecture will be followed by a panel discussion with Michael Stathis, professor of Political Science, and Samha Hussein, professor of Chemistry. The panel will be moderated by Doug Bennett, chair of the Political Science and Criminal Justice Department. Co-sponsors include SUU Convocations, the Center for Diversity and Inclusion, and the Center of Excellence for Teaching and Learning. This event is free and open to the general public.

The Southern Utah Democrats are hosting a lecture titled “ISIS and the Media’s Portrayal of the Islamic Religion” to be led by Michael Stathis, a professor of political science on Tuesday at Southern Utah University. ISIS, also known as the Islamic State in Iraq and the Levant and Islamic State, rules through Sharia law and aims to create an Islamic state across Sunni areas of Iraq and Syria. The group currently controls hundreds of square miles, ignores international borders and has a presence from Syria’s Mediterranean coast to south of Baghdad.

For their collaborative research which stretches half a world away and back again, Southern Utah University Provost Bradley Cook and Professor of Political Science Michael Stathis have been named winners of the 2013 Emerald Literati Network Award for Excellence. Their scholarly work, "Democracy and Islam: promises and perils for the Arab Spring protests," received the organization’s Outstanding Paper Award, chosen above thousands of other research papers focused on global citizenship, development and responsibility.

Democracy and Islam: Promises and Perils for the Arab Spring Protests

While other observers have explored the compatibility question of Islam and democracy, very little has been written on the recent political upheavals situating the question within this context.

The Crusades: A Modern Perspective on the 900th Anniversary of the Event

November 27, 1995, marked the 900th anniversary of Pope Urban II’s call for holy Crusade at Clermont Ferrand. The general objective of these ‘holy wars’ was to establish Christian control over the holy places of Palestine, especially the church of the Holy Sepulchre. From 1095 to 1493 the nobility and common folk of Europe sewed crosses on their tunics and took oaths to defend Christendom from the scourge of Islam and to attempt the capture of Jerusalem.

A fundamental survey of the foundations, institutions, trends and intentions of American foreign policy with particular emphasis on the development and implementation of policies of recent administrations.

Analysis of contemporary international and regional conflicts, identification of the major players and the causes and impact of these conflicts. Areas of focus may include the Middle East, the Persian Gulf, Afghanistan and Southwest Asia and the Balkans.

The completion of a substantial capstone paper based upon an in-depth study of contemporary issues in political science.