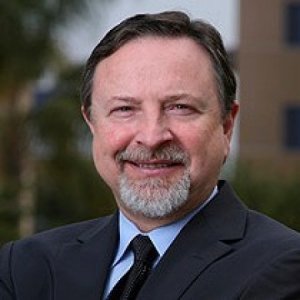 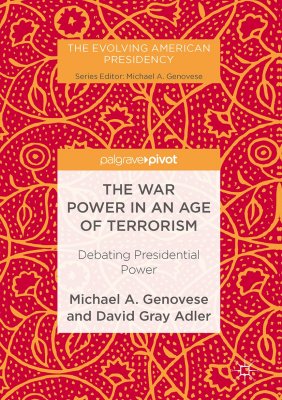 Michael A. Genovese received a Ph.D. from the University of Southern California in 1979. He holds the Loyola Chair of Leadership Studies, and is Professor of Political Science, Director of the Institute for Leadership Studies, and President of the Global Policy Institute at Loyola Marymount University. In 2006, he was made a Fellow at the Queens College, Oxford University. And in 2017 Professor Genovese was awarded the American Political Science Association’s Distinguished Teaching Award, only the fifth time in the APSA’s history that this award has been given out.

Professor Genovese has written over fifty books, including How Trump Governs: The Trumping of American Politics, Leadership Matters (with Thomas E. Cronin, named OUTSTANDING LEADERSHIP BOOK OF THE YEAR by the International Leadership Association); The Paradoxes of the American Presidency (with Thomas E. Cronin and Meena Bose); The Encyclopedia of the American Presidency (winner of the New York Public Library, “Best of Reference” work of 2004), and Memo to a New President: The Art and Science of Presidential Leadership. His articles and reviews have appeared in the American Political Science Review, The Times Literary Supplement, Public Opinion Quarterly, Presidential Studies Quarterly, White House Studies, The Journal of Leadership Studies, and elsewhere.

Genovese has won over a dozen teaching awards, including the Fritz B. Burns Distinguished Teaching Award (1995), the Rains Excellence in Research Award (2011), and the Rains Career Service Award (2019). Professor Genovese frequently appears as a commentator on local, national, and international television and radio (e.g., CNN, NPR, CBS). He is also Associate Editor of the journal, White House Studies, is on the Editorial Board of the International Leadership Journal, has lectured for the United States Embassy abroad, and is editor of Palgrave Macmillan Publishing’s, “The Evolving American Presidency” book series. Professor Genovese has been The Washington Center’s “scholar-in-residence” at three Democratic national political conventions, and the 2008 presidential inauguration, and served as scholar-in-residence at the 2012 Republican National Convention. He is currently on the Advisory Boards of The Washington Center, and The Center for the Study of Los Angeles, and is the Chair of the Board of the Foundation. During the presidency of George H.W. Bush, Genovese served as a consultant on crisis management at the Department of Defense.

The new pot reality also reflects a demographic shift. More candidates now were children of the 1960s and ’70s, when marijuana began to become more widely used among youth, said Michael Genovese, a professor of political science at Loyola Marymount University in Los Angeles. “We understand it’s not a big deal anymore and so admitting that you did it doesn’t have the negative impact it did 20 years ago, but being cagey about it raises questions,” he said...

And Loyola Marymount University Professor Michael Genovese stopped by KCAL9 Saturday to discuss the context surrounding the issue. “All presidents use executive authority. That’s been true from Washington to Obama. And almost all executives actions are non-controversial. Every once in a while something spills over causes great concern and controversy,” he said...

"Better the scoundrel of our party than the scoundrel from the other party," Michael Genovese, a political science professor at Loyola Marymount University in Los Angeles, said on Wednesday, describing voter sentiment...

A sense of a personal connection by voters often trumps other factors, said Michael Genovese, a political science professor at Loyola Marymount University in Los Angeles. "While Congress is unpopular as an institution, voters remain surprisingly loyal to their own member of Congress," he said...

Social desirability effects and support for a female American president

Public opinion polls show consistently that a substantial portion of the American public would vote for a qualified female presidential candidate. Because of the controversial nature of such questions, however, the responses may suffer from social desirability ...

A primary, in the United States, a preliminary election in which the candidate of a party is nominated directly by the voters. The establishment of the primary system resulted from the demand to eliminate the abuses of nomination by party conventions, which were often open to manipulation by party bosses...