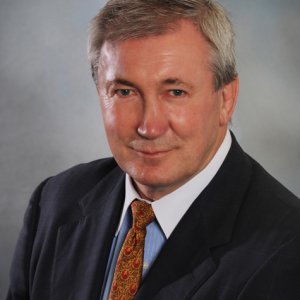 Michael H. Williams is General Manager of Economic Development, Culture and Tourism Division of the City of Toronto. Michael came to the City in 2009 from the Toronto Region Research Alliance (TRRA), where he served as Senior Vice President, Investment Attraction.

Michael previously worked as Assistant Regional Director at Statistics Canada, a Principal at Woods Gordon, and President of Compusearch. He was also Senior Vice President International for R.L. Polk, a multinational information and marketing company, where he was based out of the UK and responsible for Europe, South America and Australasia. He has conducted numerous economic development consulting assignments for municipal and provincial governments and agencies, and has served on the boards of the Toronto Board of Trade and Dixon Hall. Michael has also been involved with the creation of a variety of cluster building strategies and action plans, including greentech, digital media, advanced manufacturing, bio life sciences and ICT.

Michael has a B.A.(Hons) in Economics and Geography, an M.A. in Urban Geography from Queen's University, and is a Certified Management Consultant.

Culture and Tourism for Cities

Build Toronto is Toronto's innovative real estate and development corporation. Build Toronto will generate revenues for the City by maximizing the value and economic development potential of properties under its management. Build Toronto acts as a catalyst for the development of infrastructure and sustainable services in Toronto while stimulating the creation of jobs, regenerating neighbourhoods, and undertaking high quality, environmentally sustainable developments.

Invest Toronto is the primary business, sales and marketing corporation for the City of Toronto. The Corporation helps companies access the markets, talent and business resources of Canada's largest city. Invest Toronto caters to businesses of all sizes looking to start a new business in Toronto or further service the North American market from Toronto. The Corporation provides a concierge service to help guide businesses through all stages of the decision making process.

Toronto Port Lands Company (TPLC) is the largest property owner in the port lands, an industrial, new-media, office and recreational neighbourhood located a few kilometers south-east of Toronto’s downtown core. Our primary business is to manage and lease over 400 acres of property in our portfolio while providing environmental stewardship and direction for redevelopment in the port land area.

The Toronto Financial Services Alliance (TFSA) is a unique public / private initiative of individuals representing the financial services industry and its trade associations, all levels of government and academic institutions. Its mandate is to enhance and promote the competitiveness of Toronto as a premier North American financial services centre.