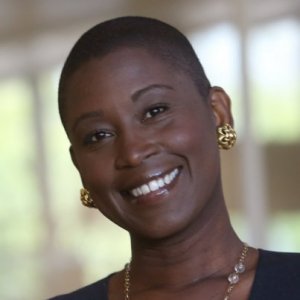 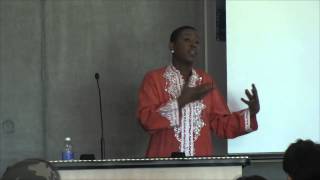 Michele Bratcher Goodwin is a Chancellor’s Professor at the University of California, Irvine and founding director of the Center for Biotechnology and Global Health Policy. She is also faculty in the Stem Cell Research Center; Gender and Sexuality Studies Department; Program in Public Health; and the Department of Criminology, Law, & Society. She is an elected member of the American Law Institute as well as an elected Fellow of the American Bar Foundation and the Hastings Center. She is an American Law Institute Adviser for the Restatement Third of Torts: Remedies. Professor Goodwin has been a Visiting Professor at the University of Chicago and University of Virginia law schools.

Professor Goodwin’s scholarship is hailed as “exceptional” in the New England Journal of Medicine. She has been featured in Politico, Salon.com, Forbes, The Washington Post, The New York Times, Los Angeles Times, The Boston Globe, Chicago Sun-Times, NPR, HBO’s Vice News, and Ms. Magazine among others. A prolific author, her scholarship is published or forthcoming in The Yale Law Journal, Harvard Law Review, Cornell Law Review, NYU Law Review, California Law Review, and Northwestern Law Review, among others. Goodwin’s publications include five books and over 80 articles, essays and book chapters as well as numerous commentaries.

Trained in sociology and anthropology, she has conducted field research in Asia, Africa, Europe and North America, focusing on trafficking in the human body for marriage, sex, organs, and other biologics. In addition to her work on reproductive health, rights, and justice, Professor Goodwin is credited with forging new ways of thinking in organ transplant policy and assisted reproductive technologies, resulting in works such as Black Markets: The Supply and Demand of Body Parts (2006) and Baby Markets: Money and the Politics of Creating Families (2010).

On Monday, the United States Supreme Court issued a 6-3 landmark ruling in Bostock v. Clayton County, Georgia. In an opinion written by Justice Neil Gorsuch, the Court held that "an employer who fires an individual merely for being gay or transgender violates Title VII."

The eleven Confederates flank the Capitol’s National Statuary Hall Collection, looming large and imposing. By their very presence in the collection, the Confederate statues signify the nation’s high regard and admiration. This is our government’s message to all the children, parents, teachers and visitors from near and far who visit the Capitol buildings.

The death toll associated with the novel coronavirus, otherwise known as COVID-19, has well surpassed 100,000 in the United States. To place this suffering in context, more Americans have died during the past three months due to COVID-19 than all the American deaths suffered during the Vietnam War, the fatalities due to the 9/11 terrorist attacks, the wars in Iraq and Afghanistan, and the deaths resulting from H1N1, Ebola and the Zika virus—all combined.

The past few days have been traumatizing for our nation, with the murder of George Floyd, gasping “I can’t breathe,” before taking his final breath. He would die in a scene horrifically reminiscent of Jim Crow, if not slavery; neck pressed into the black asphalt stifled, handcuffed and asphyxiated under the knee of Officer Derek Chauvin, while other officers look on—casually. In part, it is the nonchalance which is so terrifying—and yet for too many Black Americans too familiar.

The long fight for reproductive rights is only getting harder

In “Policing the Womb: Invisible Women and the Criminalization of Motherhood,” the law professor Michele Goodwin supplies a comprehensive, excoriating analysis of the many ways the law — to say nothing of medicine, the news media and social convention — coerces women, especially poor women of color, who confront issues of pregnancy, maternity and sex. Goodwin is radical: She argues that women’s bodies are treated as the property of the state and of men, who make up the large majority of legislators and who write and apply the laws.

Police say a white gunman killed a black man; Is it a hate crime?

The races of a victim and suspect can play a part in hate crime prosecutions, but the key is using explicit evidence to prove a crime was motivated by one of the biases laid out in the penal code, said Michele Goodwin, a director at UC Irvine School of Law and an expert in human rights law.

Jackson, who was joined on stage by fellow civil-rights activist Rabbi Hillel Cohn, was speaking as part of UC Irvine law school’s “Hate in a Period of Political Turmoil” series. Event moderator Michele Goodwin, a UCI law professor, placed Jackson among the country’s elite activists, picking up the mantle after the murder of Dr. Martin Luther King, Jr., a Jackson mentor.

The Transgender Military Ban: Preservation of Discrimination through Transformation

2019 This Essay contends that the Trump Administration's ban on transgender individuals serving in the military is based on prejudice and bias, lacking any legitimate justification. As such, the transgender military ban cannot be justified on legal grounds.

2019 Forty-five years after the Supreme Court's landmark decision in Roe v. Wade,'the Supreme Court declared unconstitutional a California law meant to help ensure that women are provided accurate information about reproductive health services available to them, including but not exclusively about abortion. 2 In the aftermath of the Court's decision, numerous prominent women's rights organizations issued statements, declaring that the Court endangered the future of women's reproductive autonomy and health.

2018 On August 31, 2017, The New York Times published a provocative news article," The Incarcerated Women Who Fight California's Wildfires." California is particularly known for its wildfires. I The dry-air, hot-weather conditions that persist much of the year and limited rainfall create the conditions that make pockets of the state ripe for devastating wildfires. Strong winds, often referred to as the Diablo (or the devil), radiate in the northern part of the state, exacerbating the already vulnerable conditions.

Challenging the Rhetorical Gag and Trap: Reproductive Capacities, Rights, and the Helms Amendment

2018 This Essay argues that the battle over women's autonomy, especially their reproductive healthcare and decision-making, has always been about much more than simply women's health and safety. Rather, upholding patriarchy and dominion over women's reproduction historically served political purposes and entrenched social and cultural norms that framed women's capacities almost exclusively as service to a husband, mothering, reproducing, and sexual chattel.

Pregnancy, Poverty and the State

2017 This Review of Khiara Bridges's compelling book, The Poverty of Privacy Rights, is published on the fiftieth anniversary of Dr. Martin Luther King Jr.'s death.