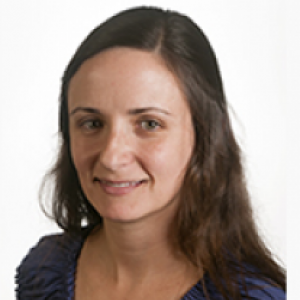 Dr. Guidone investigates the ecological impacts of human alterations to marine and freshwater environments. Human influences on these habitats include: structures that form hardened shorelines, pollutants that disrupt chemical processes, invasive species that alter community diversity, and the overarching threat of global climate change. Recent projects in the Guidone lab have included investigations of: the causes, controls, and impacts of macroalgal blooms in coastal marine systems; the impacts of the invasive aquatic plantEurasian watermilfoil on invertebrate diversity and freshwater food webs; and alterations to mud snail populations in areas invaded by the non-native alga Gracilaria vermiculophylla...

2018 Eurasian watermilfoil (Myriophyllum spicatum) is often considered one of the most aggressive macrophyte invaders in freshwater habitats throughout the USA. However, conditions leading to successful milfoil invasions are not well understood. This study sought to illuminate the role of herbivores in determining milfoil invasion success via the potential mechanisms of enemy release and biotic resistance.

2017 All three macroalgal clades (Chlorophyta, Rhodophyta, and Phaeophyceae) contain bloom-forming species. Macroalgal blooms occur worldwide and have negative consequences for coastal habitats and economies. Narragansett Bay (NB), Rhode Island, USA, is a medium sized estuary that is heavily influenced by anthropogenic activities and has been plagued by macroalgal blooms for over a century. Over the past decade, significant investment has upgraded wastewater treatment from secondary treatment to water-quality based limits (i.e. tertiary treatment) in an effort to control coastal eutrophication in this system.

2013 Macroalgal bloom‐forming species occur in coastal systems worldwide. However, due to overlapping morphologies in some taxa, accurate taxonomic assessment and classification of these species can be quite challenging. We investigated the molecular and morphological characteristics of 153 specimens of bloom‐forming Ulva located in and around Narragansett Bay, RI, USA. We analyzed sequences of the nuclear internal transcribed spacer 1 region (ITS1) and the chloroplast‐encoded rbcL; based on the ITS1 data, we grouped the specimens into nine operational taxonomic units (OTUs)...

2013 Blooms caused by the green macroalga Ulva pose a serious threat to coastal ecosystems around the world. Despite numerous studies of the causes and consequences of these blooms, we still have a limited understanding of Ulva bloom species richness and abundance due to difficulties in identifying Ulva species using morphological features. Along the northeastern U.S. coastline, all blooms of distromatic Ulva blades were previously identified as Ulva lactuca.

2010 Herbivory often has a negative effect on plants. However, there is a growing number of examples, primarily in terrestrial ecosystems, where herbivory causes an increase in plant size, growth rate, and/or reproductive output. In marine ecosystems, the positive effects of herbivores on macroalgae are not as well studied, although limited evidence exists for herbivore-induced increases in macroalgal growth rates via 2 mechanisms: nutrient addition via grazer defecation, and epiphyte removal...