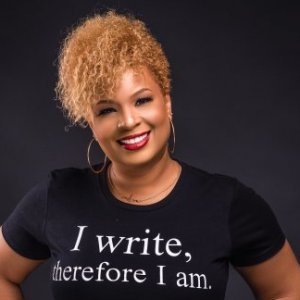 She previously taught at UCLA, Chapman University, Cal State, Northridge, and AFI, and is serving her third elected term as co-chair of the WGAW Committee of Black Writers (CBW), whose mission is to create career and networking opportunities for Black writers in Hollywood. She was the lead author of the committee’s ”Dear Hollywood” letter released on June 12, 2020, which demanded sweeping changes in the business to end systemic racism in media and entertainment.

Her projects have garnered numerous accolades. PLAYIN' FOR LOVE debuted on the UP Cable Network in July 2015; on the Urban Movie channel in November 2015; was released on video and Amazon Prime in February 2016; played on Magic Johnson’s Aspire TV in November 2016; and aired on Bounce TV in January 2017. Her film OF BOYS & MEN won Best of the Fest at the 2008 Chicago International Film Festival and was the 2008 Pan-African Film Festival’s Centerpiece Selection. It was released on Warner Bros Home Video in 2011. TUPAC SHAKUR: BEFORE I WAKE sold 4 million copies worldwide.

Second Round Finalist in both Feature and One-Hour Pilot categories

The 25th Anniversary of The Five Heartbeats Screening

An Evening with TV's Empire

My Image, My World

A 1,000-word essay about representation in film and TV. The essay was also featured in the 48th Annual NAACP Image Awards show booklet in 2017, which was given to every attendee.

Interview of Academy® Award-nominated director Raoul Peck for his documentary "I Am Not Your Negro."

Killer Of Sheep: How Children Learn

The Pocketbook and the Black Matriarch

A Moment In The Life Of Jamaa Fanaka, Or The One That Started It All

Blog post about Jamaa Fanaka of the “L.A. Rebellion,” a group of Black students who entered UCLA’s School of Theater, Film, and Television in the 1960s.