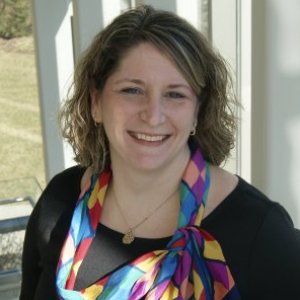 As the survival rate for premature births has increased over the past few decades, new challenges have arisen with managing the potential life-long health problems associated with premature birth. Dr. Michelle Kelly has extensive experience working in neonatal intensive care units and has dedicated much of her research to better understanding the long-term health effects of premature birth. As a pediatric nurse practitioner, she can also speak more generally to her experiences in caring for children and the common maladies that result to a trip to the doctor’s office including concussion, varying illnesses, and injury.

States Should Require a Coronavirus Vaccine For Kids to Attend School, Some Experts Say

All 50 states require most students to have certain vaccinations before attending in-person classes and it's a measure that experts say should at least be considered for the new coronavirus. Schools across the U.S. are beginning to reopen their doors to students or making plans for the upcoming year after having closed in the spring to slow the spread of the new coronavirus. So far in the school year, schools in at least six states had to once again close down because of COVID-19 infections, prompting concerns about the safety and efficiency of having in-person classes in the fall.

District plan has most Philly students in school twice a week, pushes start to Sept. 2

The Philadelphia School District is adopting a hybrid back-to-school plan that will see most students returning to their classrooms for two days a week. Under the blueprint announced Wednesday morning, each school will draw up individual plans, but generally one group of students will go to school on Mondays and Wednesdays, and the other on Tuesdays and Thursdays. When they’re not at their schools, students will have online classes. Work will be assigned, and attendance will be taken, online. Special needs students will be at school four days a week.

Abandoned Baby Investigation As the search continues for the parents of the newborn baby who was left on the porch of a Delaware County home, some are calling the state’s Safe Haven laws into question. … Dr. Michelle Kelly is an assistant professor Villanova University’s Fitzpatrick College of Nursing. She believes more awareness of Pennsylvania’s Safe Haven law is necessary.

The View cohost Meghan McCain slammed the anti-vaccine movement in a tweet last week: “Dear (anti-vaxxers), your stupidity and arrogance are putting the lives of children in danger!” Her message was a retweet of CNN’s Jake Tapper sharing his segment about an Israeli mother whose 8-month-old baby, too young to receive the vaccine, developed complications from measles and was hospitalized. The mother, Fainy Sukenik, attributed her baby’s measles to an unvaccinated and infected child. In the U.S., as of last Wednesday, we are seeing the most cases of measles for any year since the disease was declared “eliminated” nationally in 2000. Measles is not the only disease that places children at risk when parents forgo routine childhood vaccinations. In lieu of vaccines, too many parents are returning to reckless and irresponsible practices, like chicken pox parties, that should be a thing of the past — a relic of a time when we could not prevent a disease that accounted for 11,000 hospitalizations and 100 deaths per year in the early 1990s, just before introduction of the vaccine. In March, Kentucky Gov. Matt Bevin went so far as to reveal that he took his nine children to chicken pox parties

On Dec. 23, a woman in Manchester, Kentucky was charged with murder for leaving her infant in a trash bag. Five days later, a fire department in Carmel, Indiana installed its first Safe Haven “Baby Box,” a safe place for a parent to surrender an infant. Three days after that, on New Year’s Eve, a 15-year-old girl in Philadelphia discarded her infant in a dumpster. As pediatric health-care providers — one a pediatric nurse practitioner, one a pediatrician — we appeal to the news media, our colleagues, and the greater community to take action to prevent such senseless deaths. The needed mechanisms and laws already exist to protect these infants. Pennsylvania, New Jersey, Delaware, in fact all 50 states and the District of Columbia have Safe Haven Laws that provide a safe, legal means for surrendering a newborn when the parents finds themselves unable or unwilling to care for the infant. Pennsylvania’s law, known as the Newborn Protection Act, was enacted in response to an infant found abandoned in 2001. Under the Pennsylvania Newborn Protection Act, infants less than 28 days old may be brought to a hospital or given to a police officer at a police station.

“We are seeing it across the age span — adults who have planned travel, adults who may or may not be considering starting or adding to their families in the near future,” Michelle M. Kelly, PhD, CRNP, assistant professor at Villanova University and a pediatric and neonatal nurse practitioner, said. “The biggest concern is what this means for themselves and their current or future families.”

Health and Educational Implications of Prematurity in the United States

Journal of the American Association of Nurse Practitioners