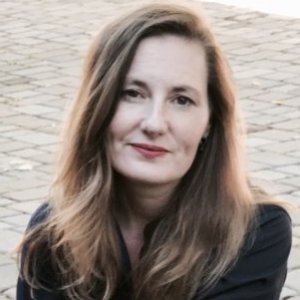 Writers' Groups: Get practical advice on writing, publishing, finding an agent, and more.

Michelle has published four books of fiction, including the international bestseller The Year of Fog. As the 2011 selection of Silicon Valley Reads, Michelle spoke with groups all over Silicon Valley, ranging in size from a dozen to four hundred. In addition to speaking at numerous writing conferences, she has led writing workshops at 826 Valencia in San Francisco, Gotham Writers' Workshop, the Northern California Writers Conference, and the Foothills Writers Conference. She has appeared on City Arts and Lectures, Talk of the Nation, KQED’s The Writer’s Block, and BBC News.

Michelle holds a Master of Fine Arts in Creative Writing from the University of Miami, where she was a James Michener Fellow. She has served as Distinguished Visiting Writer at St. Mary’s College of Moraga and Bowling Green State University, and currently holds the Sister Catharine Mary Cunningham Chair at Notre Dame de Namur University. She has taught in the Masters of Fine Arts programs in creative writing at the University of San Francisco and California College of the Arts.

Michelle is the author of four books of fiction, including the award-winning story collection The Girl in the Fall-Away Dress and the international bestseller The Year of Fog. Her articles and essays have appeared in dozens of magazines and anthologies. She has written for Playboy, 7X7, The Guardian, the San Francisco Chronicle Magazine, Lonely Planet, and many other publications. She currently blogs for the San Francisco Chronicle and is the founder and publisher of Fiction Attic Press.

The Year of Fog spent six weeks on the New York Times bestseller list and sold more than 750,000 copies in the US alone. The Marriage Pact was a Sunday Times Bestseller in the UK and was published in 30 languages. Her books have also been bestsellers in France, Germany, Spain, Hungary, and elsewhere.

The Year of Fog was the 2011 selection of Silicon Valley Reads, which brings together 15 cities to read one book. Michelle spoke to more than 30 audiences in two months, ranging in size from a dozen to more than 400.

From Somewhere Down South to South Beach: Straddling the Literary Divide

Writing in a Cultural Context