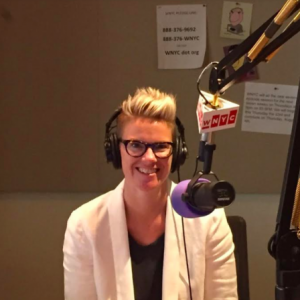 Professor of History | University of Connecticut


Professor McElya is an expert in the histories of women, gender, sexuality, and race in the U.S., with a focus on politics and memory. 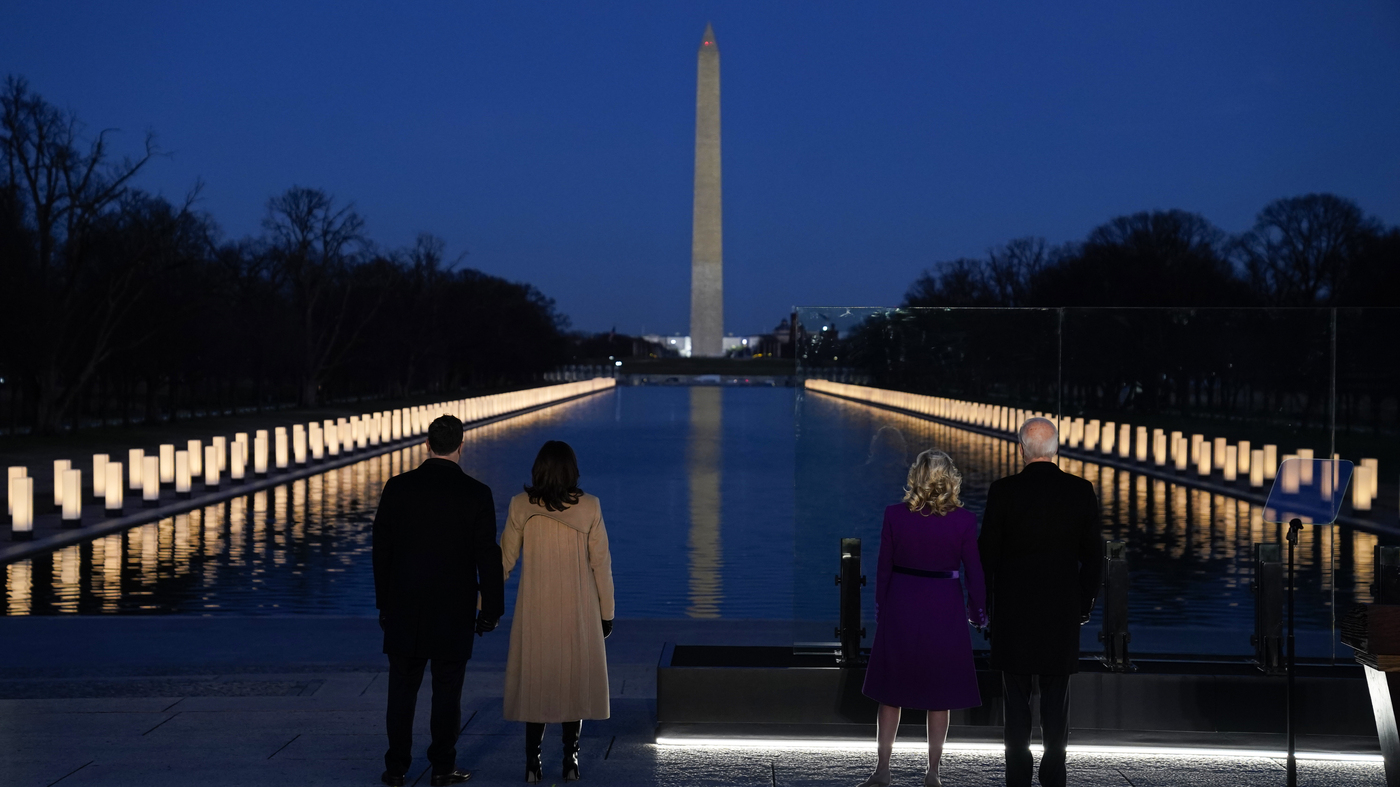 Professor McElya’s book, The Politics of Mourning: Death and Honor in Arlington National Cemetery (Harvard, 2016) was a finalist for the 2017 Pulitzer Prize for General Nonfiction, a 2017 Choice Outstanding Academic Title, co-winner of a 2018 John Brinckerhoff Jackson Book Prize from the Foundation for Landscape Studies, and winner of the 2017 Sharon Harris Book Award from the UConn Humanities Institute. It was also named the finalist for the 2016 Jefferson Davis Book Award from the American Civil War Museum. McElya is also author of Clinging to Mammy: The Faithful Slave in Twentieth-Century America (Harvard, 2007), which was co-winner of a 2007 Outstanding Book Award from the Gustavus Myers Center for the Study of Bigotry and Human Rights. She is a Distinguished Lecturer for the Organization of American Historians.

The Politics of Mourning: Death and Honor in Arlington National Cemetery (Harvard University Press), was named a 2017 Pulitzer Prize finalist for General Nonfiction. In its citation, the Pulitzer Prize committee called her work “a luminous investigation of how policies and practices at Arlington National Cemetery have mirrored the nation’s fierce battles over race, politics, honor, and loyalty.” 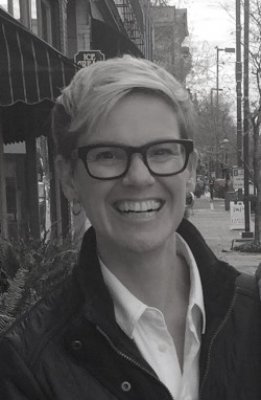 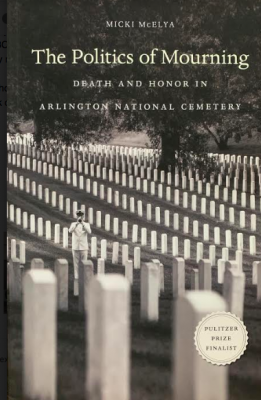 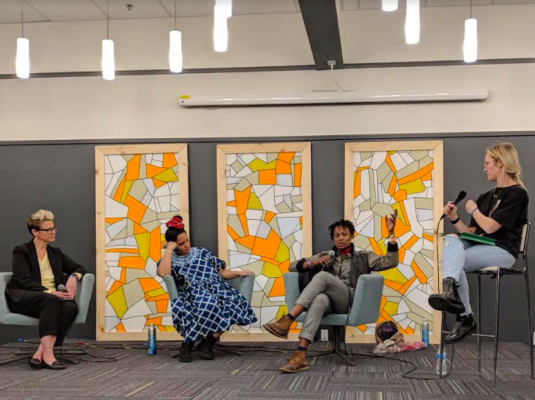 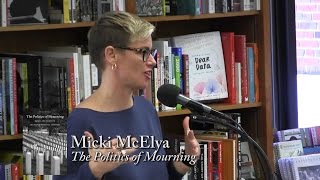 "This is an iconic vista of heroes and honor and of memorialization," says history professor Micki McElya, who wrote the book The Politics of Mourning: Death and Honor in Arlington National Cemetery. "It's impossible to consider that terrain without also thinking of the March on Washington for Jobs and Freedom in 1963." The memorial, building upon prior localized efforts, represents the "realization of the work of a lot of people and the realization of the need to come together and honor those who've been lost, but also to reckon with those losses and what this means for this country," McElya says.

We Aren’t Nationally Mourning The 200,000 COVID-19 Victims Because If We Did It Would Be A Reckoning

Properly mourning and memorializing the dead would require a national reckoning with how government at every level mishandled the pandemic, how the US failed so much in contrast to other countries, and how structural inequalities made the virus much deadlier for Black and Latinx Americans. But with the presidential election rapidly approaching and Trump seeking to shift focus from his administration’s response to the pandemic, politics is hindering any national effort to mourn for the coronavirus, according to Micki McElya, a history professor at the University of Connecticut and author of The Politics of Mourning: Death and Honor in Arlington National Cemetery. “If you actually recognize the horrific toll this is taking,” McElya told BuzzFeed News, “then you’re acknowledging the weight of the problem and the failure of the response.”

Protests over the killing of 46-year old black man George Floyd by Minneapolis police have forced a national conversation about race, including the racist symbols and figures that continue to exist in our society.

Few signs of collective mourning as the US tops 170,000 coronavirus deaths

"The marshaling of the war metaphor ... is consistent in an attempt to rally the American people to unify but to unify around very specific things," said Micki McElya, a professor of history at the University of Connecticut and author of "The Politics of Mourning: Death and Honor in Arlington National Cemetery." "And that has been largely not marking death, marking tragedy or marking the horror of the ongoing lack of a meaningful response or any attempt to remedy the mistakes of earlier aspects of the response, but to really focus on, 'This is what Americans do." And to kind of appeal to patriotism and nationalism, frankly, in order to encourage people to rally and feel united in shopping and in the economy, in the things that the administration is choosing to push forward."

At Arlington Cemetery, a Confederate monument to the South and slavery still stands

From Stonewall to George Floyd: Racial protests during Pride Month

“One of the most significant aspects of state violence and community violence toward queer people and gender non conforming people is very clearly disproportionately borne and experienced by people of color,” said Micki McElya, a professor of history at the University of Connecticut, who spoke over the phone. She added: “The violence is so clearly racialized.”

An America Bereaved: A Day To Grieve The Victims Of COVID-19

As the coronavirus death toll in the United States approaches 100,000, how can we comprehend the scale of our loss? As President Donald Trump has compared America’s response to coronavirus to a military campaign, some are asking for a national day of mourning to honor those who have lost their lives to COVID-19.

“The myth of the faithful slave lingers,” writes McElya, “because so many white Americans have wished to live in a world in which African Americans are not angry over past and present injustices, a world in which white people were and are not complicit, in which the injustices themselves—of slavery, Jim Crow, and ongoing structural racism—seem not to exist at all.”

The modern concept of Arlington — an egalitarian Elysian field where generals and G.I.’s of every creed and color are buried side by side — did not truly emerge until the cemetery was desegregated after World War II, according to Micki McElya, a history professor at the University of Connecticut who has written about the cemetery. “Many look to the place as a self-evident case for national inclusion and belonging, as an expression of the many and diverse become one,” Professor McElya said in an interview. That, she said, is the Arlington cited by Khizr Khan, the father of an Army captain killed in Iraq and buried at the cemetery, when he urged Donald J. Trump to visit. “Look at the graves of brave patriots who died defending the United States of America,” Mr. Khan said in his speech at the 2016 Democratic National Convention. “You will see all faiths, genders, and ethnicities.”

24 Books, Essays, and Other Texts to Read Because You're Still Having Trouble Processing the Election

McElya's book clarifies why we should not expect simple or enduring political alliances based on gender unless and until we have some very serious, difficult, and sustained conversations around class and race. As soon as you finish McElya's book, pick up Pierrette Hondagneu-Sotelo's Domestica: Immigrant Workers Cleaning and Caring in the Shadows of Affluence.

How women factor into the debate on race

Jamelle Bouie and Micki McElya join to discuss feminist politics and how gender factors into the debate on race, culture and poverty.

The complex history of a fictional character

Micki McElya and Khalil Gibran Muhammad discuss the new novel being added to the "Gone With the Wind" saga that will focus on the character of Mammy.

Melissa Harris-Perry shares her grievances with the Oscar-nominated film ‘The Help’and its portrayal of domestic workers. Author Micki McElya and Barbara Young of the National Domestic Workers Alliance join the panel to review the topics covered in the film.

Almost 90,000 dead and no hint of national mourning. Are these deaths not ‘ours’?

Over the course of a week, as the national death toll from covid-19 marched steadily toward 90,000, President Trump returned repeatedly to the idea that America is at war with the coronavirus. At a mask factory in Arizona on May 5, an event honoring nurses the next day in the Oval Office and a wreath-laying at the National World War II Memorial two days later, he said that Americans should think of ourselves as “warriors,” because “we can’t keep our country closed down for years,” and that, as we have in the past, we would “triumph.” The idea is to encourage us to collective effort and common sacrifice, to exhort us to put country ahead of ourselves and our conveniences, to stay strong in the face of psychic and physical pain, isolation, fear and loss. And, of course, go to work, shop and dine out for the greater good, knowing that it may mean sacrificing our lives or loved ones. That’s what it means now to be a warrior.

Who Is an Ally?

At the start of 2019, gay journalist Jonathan Rauch proposed that the term “LGBTQ” be retired as a collective referent for sexual and gender minorities. To replace it, he recommended a single “Q.” Writing in the Atlantic, Rauch argued that the “alphabet soup . . . has become a synecdoche for the excesses of identity politics—excesses that have helped empower the likes of Donald Trump.” Careful to note that he was not drawing a direct causal line from the term “LGBTQ” to the Trump presidency, Rauch nevertheless claimed that it was just this sort of “balkanization” that fueled the resentment of “ordinary Americans” and alienated “white, straight, male America,” sending them fleeing into Trump’s embrace. While Rauch noted that the “Q” would be derived from “queer,” itself an increasingly common term of inclusion in popular discourse, it would be sheared of the word’s ugly history and more recent “radical baggage.” His solution would make clear “that discrimination against sexual minorities—or for that matter sexual majorities—is not the American way.”

Is Pete Buttigieg the Face of Stonewall?

2019 Micki McElya review. Christopher Street in New York’s West Village was crowded on the second night of the Stonewall uprising, which took place over the weekend of June 27, 1969. People had been drifting in all day to see for themselves the aftermath of the previous night’s fierce resistance to police. They came angry, exhilarated, curious, and wary; they came ready to be a part of something.

The Education of an Ambivalent Feminist

2019 Micki McElya review. Since Educated debuted at number three on the New York Times best seller list in February, Tara Westover has been catapulted to that rare sort of literary celebrity that seems to burst from nowhere and quickly saturates the culture. People are captivated by her journey from youngest child in a radical Mormon family of home-schooling, anti-government survivalists in southeastern Idaho to Brigham Young University at seventeen and then to Cambridge University, a Harvard fellowship, and PhD in History by the time she was twenty-seven-years old.

2017 In his painful and powerful essay “My Family’s Slave,” Alex Tizon writes that, as a child, his primary point of reference for the place Eudocia Tomas Pulido, or “Lola,” occupied in his family’s life was “in slave characters on TV and in the movies.” That Tizon saw echoes of “Lola” in the character of Pompey, a subservient, scraping, black manchild to John Wayne’s rugged frontiersman in The Man Who Shot Liberty Valence, is telling.

The White Slave: American Girlhood, Race, and Memory at the Turn of the Century

2017 The White Slave: American Girlhood, Race, and Memory at the Turn of the Century from Section II - The Public’s Claim to the Private Child: Slaveries Defined by a Child’s Value

2011 In Arlington National Cemetery on September 12, 2002, the defense secretary, Donald H. Rumsfeld, presided over the burial with full military honors of a single casket containing unidentified remains intended to represent all 184 victims of the 9/11 Pentagon attack, a number that included civilian and military personnel on the ground and passengers on American Airlines Flight 77.

To "Choose Our Better History": Assessing the Obama Presidency in Real Time

2011 The most recent presidential election was not only historic in its outcome, but it was one in which the very idea of American history took a central place in national political discourse and stagecraft. This was perhaps never clearer than in the waning days of the election when candidate Obama appealed to Americans to "choose our better history."