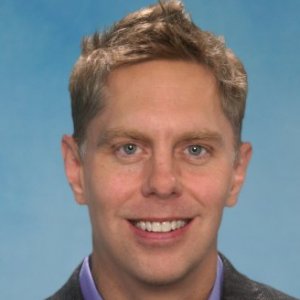 Mike Christian is an award-winning teacher and researcher. Poets & Quants named him a "Best 40 Under 40 Professor" and the Association for Psychological Science honored him as a "Rising Star."

His research focuses on understanding the mind-body connection at work. He examines how somatic states such as sleep, pain and sickness affect energy, work engagement and self-control at work. He studies how these factors dynamically relate to unethical behavior as well as desirable work performance.

Dr. Christian has examined how mindfulness helps employees to cope with unfairness at work by reducing anger, rumination, and reducing retaliation behaviors; how daily fluctuations in human energy resulting from somatic pain lead to ebbs and flow in engagement and withdrawal at work; and the effects of sleep deprivation on deviant and unethical behavior in the workplace, and how caffeine might reduce these effects while unethical social influence exacerbates them. He's also studied the “slippery slope” of unethical behavior, identifying the regulatory role of moral disengagement in leading people to commit increasingly larger ethical transgressions

Dr. Christian has an ongoing interest in human resource management. He has worked with organizations, including the Tucson Police Department and the South Central Public Health Training Center, on issues concerning employee selection, promotion and training.

Creativity & Innovation in the Work Place

Awarded for excellence in research and teaching.

The Rising Star designation recognizes outstanding psychological scientists in the earliest stages of their research career post-PhD whose innovative work has already advanced the field and signals great potential for their continued contributions.

This is an award given to alumni aged 40 or under who have achievement prominence in his or her field.

We’ve all come exhausted or in pain to work, but we power through it as best we can, unaware that our brains are redirecting critical resources to manage these issues. In this article, professor Mike Christian explains the science of self-control, and how it affects your performance at work

Here's everything you need to know about coffee at work

According to researcher Mike Christian, sleep deprived people are more susceptible to social influences and caffeine can serve to give you backbone, “strengthening your self-control and willpower when you’re exhausted.”

The slippery slope of getting away with small stuff

While most people who cross the ethical line won’t steal billions of dollars from unsuspecting investors, it is possible for the average worker to get caught up in a growing web of unethical acts too, said Michael Christian.

Something for the Weekend

Mike Christian's research looked at two groups of people - nurses before and after their shift and a group of college students - half of whom were deprived of a full night’s sleep - who were asked to complete an experiment. They found sleep deprivation led to an increase in unethical behavior with the tired students behaving rudely to customers during the experiment and the nurses demonstrating a greater amount of deviant behavior in their subsequent shift.

"Creativity and the Quantification of Free Thought"

Mike Christian, Kurt Gray and John Patrick at UNC and colleagues at UC Irvine and UC San Diego will explore creativity and the quantification of free thought.

Practicing mindfulness at work can reduce retaliation by employees who feel treated unfairly. Mindful employees are less angry, less likely to dwell on the mistreatment and less likely to retaliate, according to a new study by PhD student Erin Cooke Long and Professor Michael S. Christian.

Both the energy and job performance of workers are affected when they work while sick or in pain, according to research by Michael Christian, Noah Eisenkraft and Chaitali Kapadia at UNC Kenan-Flagler Business School. The researchers tracked two samples of office workers over time and examined the effects of both chronic pain and momentary pain during the workday.

“You Wouldn’t Like Me When I’m Sleepy”: Leaders’ Sleep, Daily Abusive Supervision, and Work Unit Engagement

This study found that daily sleep quality – not quantity – influenced supervisors’ self-control and abusive behavior toward subordinates – and ultimately, the degree to which their subordinates were engaged in their work.