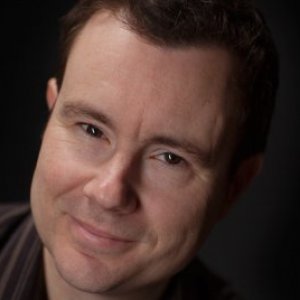 I am a writer, speaker, podcaster, productivity and time management specialist (or 'productivityist') based out of Victoria, BC, Canada.

I have the most amazing wife I could ask for, along with two equally amazing children. I make my living working from home writing and stay-at-home fathering. I have served as the Managing Editor at Lifehack, and have served in an editorial capacity for Work Awesome (Envato) and The Next Web.

I have contributed guest articles to several other sites in the sphere as well, including the GTD Times, Life As A Human and Productive! Magazine. My personal weblog is at Vardy.me.

I have been writing and performing for 12 years -- and have taken that experience to enhance my speaking career. I have given talks on productivity and technology, including “Hacking Lifehacks” at TEDxJuanDeFuca, “The Power of Paper”, “The Suck That is Productivity” and “Mindfulness 2.0” at IdeaWave, and several featured keynotes and workshops related to time, project and goal management.

In the podcasting realm, have created, produced and hosted several over the years. I currently co-hosts Mikes on Mics with Michael Schechter, a podcast that is part of the 70Decibels network. I have also made guest appearances on CBC Radio’s On The Island, 70Decibels’ Enough, and the popular FourCast podcast on the TWiT network.

I am currently working on my first eBook, "The Front Nine: How to Start the New Year You Want Anytime You Want", which will be published by Diversion Books in late 2012.

Mike spoke at our inaugural Social Media Camp conference in 2010 on the topic of Social Media Productivity. Mike's talk was very well received by the audience and received lots of positive feedback. Mike is not only a subject matter expert but he delivers the content in an energetic, humour laden way that keeps the audience interested and attentive

Mike Vardy is certainly one of the best speakers I've worked with, and I've worked with hundreds for various educational events. This is the kind of experience people have when listening to Mike Vardy... you feel as though you are being entertained, you laugh, you smile, you nod in agreement. Essentially, you are on the edge of your seat as Mike winds his way through his presentation in this entertaining fashion. Then, suddenly, you have an "a ha" moment. By the end, you have been challenged to think outside your comfortable box, you have learned something new, and you are inspired. It's an incredible style of speaking, and very uniquely Mike Vardy.

Hacking Lifehacks: Reimagining How We Can Speed The Right Things Up So We Can Slow The Wrong Things Down

The Power of Paper

How to Blog Funny

The Suck That is Productivity

Staying connected and staying productive can be a very tricky thing to do. There are tools out there that will keep your feet somewhat planted in both camps, but the biggest tool for this is you.This session aims to show how you and your habits can make you the good kind of tool – as opposed to just being one. Attendees will leave armed with tools and tactics to keep them out of overwhelm and understand the what, where, when, why, and how when it comes to balancing social media and productivity.