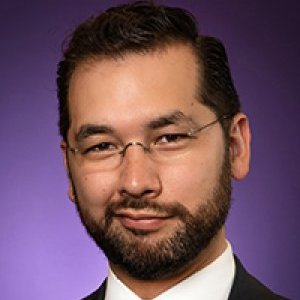 
Expert in the history and philosophy of science, focusing on concepts of cognition and representation

Dr. Akagi’s teaching focuses on critical reasoning, so that students learn to think carefully and cogently about abstract topics like the value of science and the nature of disease. His classes are designed for students of all interests, so that liberal arts and professional students acquire a more sophisticated understanding of the sciences, and science students acquire a different perspective on the sciences and their relation to the rest of society.

As a researcher, Dr. Akagi works on topics at the intersection of the philosophy of science and philosophy of language. His current research concerns the development of scientific concepts, especially where scientists disagree about precisely what their concepts mean or how to use them properly. He develops logical resources for describing controversial concepts like cognition and representation, and for understanding the ways that conceptual disagreement contributes to scientific inquiry.

Intersection of science, language, and mind

Rethinking the problem of cognition

The precision of locomotor odometry in humans

2009 Two experiments measured the human ability to reproduce locomotor distances of 4.6–100 m without visual feedback and compared distance production with time production. Subjects were not permitted to count steps. It was found that the precision of human odometry follows Weber’s law that variability is proportional to distance. The coefficients of variation for distance production were much lower than those measured for time production for similar durations. Gait parameters recorded during the task (average step length and step frequency) were found to be even less variable suggesting that step integration could be the basis for non-visual human odometry.

2018 Many philosophers worry that cognitive scientists apply the concept REPRESENTATION too liberally. For example, William Ramsey argues that scientists often ascribe natural representations according to the “receptor notion,” a causal account with absurd consequences. I rehabilitate the receptor notion by augmenting it with a background condition: that natural representations are ascribed only to systems construed as organisms. This Organism-Receptor account rationalizes our existing conceptual practice, including the fact that scientists in fact reject Ramsey’s absurd consequences. The Organism-Receptor account raises some worrying questions, but as a more faithful characterization of scientific practice it is a better guide to conceptual reform.