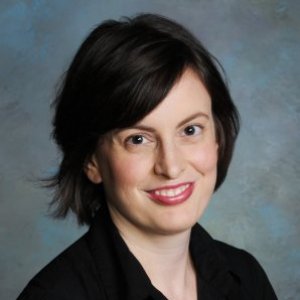 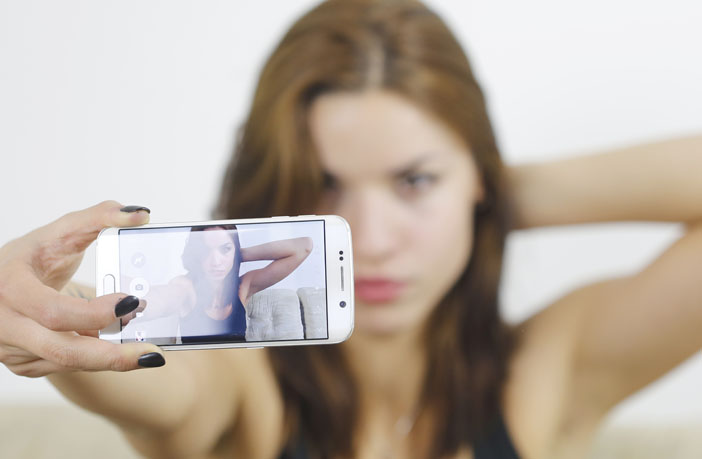 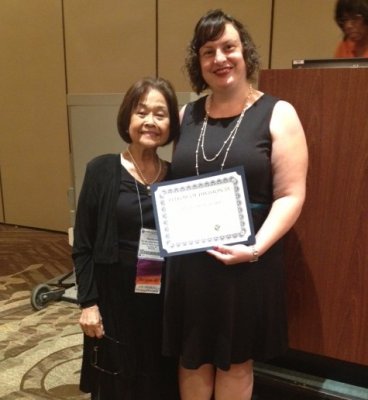 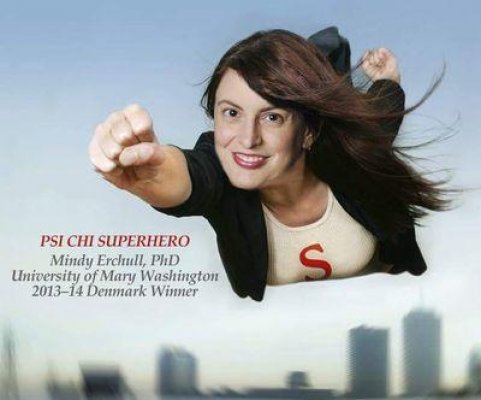 Cat calls, honking and whistling aren’t just annoying to the object of unsolicited sexual advances; they can be traumatic. That’s the discovery psychologist Mindy Erchull and her colleagues at the University of Mary Washington found after interviewing nearly 350 women for the study on sexual objectification “Stop Looking at Me!,” published in the Psychology of Women Quarterly.
“Women who undergo more evaluation of their bodies by others and women who experience more unwanted sexual advances also had more body shame and more trauma symptoms,” said Dr. Erchull, an expert in sexualization of women, feminism and feminist identity.
In addition to her recent research, she has conducted research on how jealousy is perceived by men and women, and its relationship to violence.

Honored by the American Psychological Association as an emerging leader, Dr. Erchull has extensive expertise in social psychology, health psychology, psychology of women, women’s health, social influence, and statistics and research methods. She also serves as a consulting editor for Psychology of Women Quarterly, Women’s Reproductive Health, and Gender Issues. In addition, she also regularly reviews manuscripts for other journals including Sex Roles, Health Care for Women International and Basic and Applied Social Psychology.

Objectification and Sexualization of Women

The recognition honors psychologists who have made a substantial contribution to women in psychology and show promise of an extensive, influential career.

The practice of taking your own picture, then posting it to the Internet is a big part of youth culture, but psychologists at the University of Mary Washington say selfies may be a sign of trouble for young women. Which is why psychology professor Miriam Liss chose to take a closer look. She and her colleague Mindy Erchull studied 165 female students at their school – the University of Mary Washington.

What Parents Can Learn From a Town That Produced 11 Olympians

They intuitively sense what a 2013 study in the Journal of Child and Family Studies concluded: that overprotective or helicopter parents thwart a child’s basic psychological need for autonomy and competence, resulting in an uptick in depression and lower life-satisfaction levels.

Why Mental Health Is A Feminist Issue

Mental health is a feminist issue because women’s experiences have often been, and continue to be, pathologized,” says Dr. Mindy J. Erchull, professor of psychological science at the University of Mary Washington in Virginia. “Women are more likely to be referred to as ‘crazy’ for example — both in daily conversation and in the media. Women have also had typical life experiences characterized as ‘disordered.’”

Erchull featured on "With Good Reason"

Mindy Erchull, University of Mary Washington Associate Professor of Psychological Science, will be featured in an encore presentation on the radio program With Good Reason from May 28 through June 3. The program is titled “The Innocence Project.” Erchull suggests that women who see jealousy as a positive thing may be more likely to find themselves in abusive relationships.

Assistant Professor of Psychological Science Mindy Erchull will be featured on the radio program With Good Reason Dec. 3-9.

Liss and Colleagues Present at Convention

Stop Looking at Me! Interpersonal Sexual Objectification as a Source of Insidious Trauma

Exploring perceptions of slut-shaming on Facebook: Evidence for a reverse sexual double standard

Although there is a widespread belief that women are judged more harshly for sexual activity than men, research on the existence of the sexual double standard has been mixed. We investigated the sexual double standard and “slut-shaming” by asking participants to provide perceptions of both a target of “slut-shaming” and a “shamer.” Male and female participants viewed a blinded Facebook conversation in which the male or female target, or “slut,” was shamed by either a male or female “shamer.” We found evidence for a reverse sexual double standard; male “sluts” were judged more harshly. Furthermore, the “shamer” was negatively evaluated, especially when shaming a woman. Our participants also indicated a belief in a societal sexual double standard. They perceived the “shamer” to be more judgmental and less congratulatory when the “slut” was female. Furthermore, qualitative data indicated that female “sluts” were believed to be labeled as such for lower levels of sexual behavior (e.g., sexy clothing or dancing), than was the case for male “sluts” (e.g., sex with multiple partners). Our data indicate that individual beliefs are changing more quickly than social perceptions.

The object of one’s desire: How perceived sexual empowerment through objectification is related to sexual outcomes

There is a debate as to whether or not gaining a sense of sexual empowerment through being an object of sexual desire results in empowerment. This debate has been largely theoretical, but there are now operationalizations of self-sexualization, enjoying sexualization, and perceiving sex as a source of personal power which allow for the collection of data on this topic. The current study examined whether these constructs were related to attitudinal and behavioral indicators of sexual satisfaction and sexual agency. An online sample of young, heterosexual, sexually active women was recruited. Our constructs of interest were related to some positive sexual outcomes, including sexual esteem and sexual assertiveness. At the same time, these constructs were related to having faked orgasm, and both self-sexualization and the belief that sex can be a source of power were related to greater frequency of having faked an orgasm. Additionally, none of the variables was significantly related to sexual satisfaction or ease of orgasm. Thus, while there may be some positive sexual outcomes associated with these variables, there are other indicators that a sense of empowerment through objectified sexuality may interfere with true sexual subjectivity.

A Jealous Kind of Love

When it comes to love, jealousy is sometimes thought of as “natural” or even desirable. But a recent survey led by Mindy Erchull (University of Mary Washington) suggests that women who see jealousy as a positive thing may be more likely to find themselves in abusive relationships.