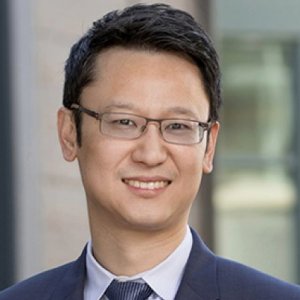 Ming Hsu is an associate professor at the University of California, Berkeley. He holds appointments in the Haas School of Business and the Helen Wills Neuroscience Institute. Hsu’s research involves using neuroscientific and computational tools to understand the biological basis of economic and consumer decision-making, as well as how brain-based methods can be used to generate and validate insights into customers’ thoughts, feelings, and behavior. Prior to joining Berkeley, he was assistant professor of economics and neuroscience at University of Illinois at Urbana-Champaign. 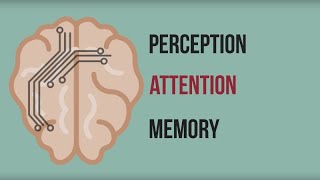 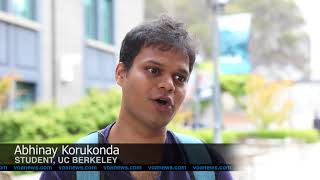 How Much is Too Much? When Curiosity Kills the Cat

"The instant gratification of having the internet at your fingertips is often irresistible, isn’t it? I’ll be watching TV and suddenly need to know right now what else the show’s creator has done, what else the main actor has been in, who that star is married to, how old they are, how tall they are. . . it’s an endless rabbit hole of curiosity for useless information. And meanwhile, I end up missing key plot points because I can’t put the phone down."

The way our brain values information suggests it can be addictive, like food or drugs

Understanding the way the brain works when we crave and then receive information may help researchers understand the nature of digital addiction. New research from Assoc. Prof. Ming Hsu, William Halford Jr. Family Chair in Marketing, has demonstrated for the first time that the brain treats information and money in a similar way, "which opens the door to a number of exciting questions about how people consume information," Hsu said.

How our brain makes us addicted to information

"For the brain, information is its own reward, beyond its utility," says neuroeconomist Ming Hsu. "And just as our brains love the empty calories of junk food, they can overstate information that makes us feel good but may not be useful, which some call idle curiosity."

Are our brains addicted to information?

New research has shown that the search for information accesses the same neural code as the search for money. "To the brain, information is its own reward, above and beyond whether it's useful," Associate Professor, Barbara and Gerson Bakar Faculty Fellow Ming Hsu.

Neuroscience Study Explains Why We Go Down the Wikipedia Rabbit Hole

A new study by Assoc. Prof. Ming Hsu found that the brain can be irrational about information in the same way it's irrational about junk food. That's because information acts on the brain's same dopamine-producing reward system as food or money. The research used functional magnetic resonence imaging (fMRI) as well as economic models and machine learning. “There is a lot of talk in the press about digital addiction, but often the speculation is running ahead of the science,” Hsu says. The study lays the groundwork to begin to unravel the neuroscience behind overconsumption of information.

AT&T has announced it's putting ads back on YouTube after taking them off because of concerns that its messages were running alongside videos containing hate speech or touting terrorism. Other companies are expected to imitate. "A lot of companies are looking for a leader to follow," said Assoc. Prof. Ming Hsu.

Salon reprints an earlier Scientific American article highlighting work by Assoc. Prof. Ming Hsu of the Haas Marketing Group that shows that during the split second between placing a bet and learning the outcome, brains frantically replay previous betting decisions.

Work by Assoc. Prof. Ming Hsu of the Haas Marketing Group shows that during the split second between placing a bet and learning the outcome, our brains frantically replay previous betting decisions. He said it's probably an evolutionarily means of improving future decision-making.

What goes through a gambler’s mind after she’s placed her bet? It’s not just the anticipation of a big payoff, or doubts about the wisdom of her bet. It’s also regret about previous bets, both won and lost, according to Assoc. Prof. Ming Hsu of the Haas Marketing Group.

Stereotypes measurably influence how we treat each other

Assoc. Prof. Ming Hsu of the Haas Marketing Group has a model that can predict the degree to which we discriminate against one another based on our stereotypes of groups according to their perceived warmth and competence.

Tech companies struggle with how to curtail offensive speech

Assoc. Prof. Ming Hsu looks at how to come up with objective standards for determining whether certain speech could lead to real-world dangers. “We don’t have actionable standards for policymakers or for companies or even lay people to say, ‘This is crossing the boundaries,'" he said.

Call in the Robocops: With Democracy at Risk, Can We Quell Internet Bots & Trolls?

“We’re only beginning to grapple with this,” says the University of California-Berkeley’s Ming Hsu, who leads a team working on the challenge. “There’s a whole world out there that we don’t understand well.”

Yes, Your DNA Can (Sort Of) Make You Poor

Managing money is never easy, but people with significant cash troubles may be able to blame their DNA. An increasing volume of research suggests that genetics may play a role in wealth and influence how we make financial decisions. “It’s one piece, but it’s questionable how large or how small it is,” Ming Hsu, professor at University of California Berkeley’s Haas School of Business, told Fatherly.

Neuromarketing: Inside the mind of the consumer California Management Review

From “Where” to “What”: Distributed Representations of Brand Associations in the Human Brain Journal of Marketing Research

The neuroscience of consumer choice Current Opinions in Behavioral Sciences,

The Right and the Good: Distributive Justice and Neural Encoding of Equity and Efficiency Science