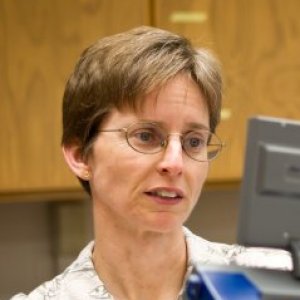 
Ashley-Ross is an expert in salamander locomotion and a leader in the study of how some species of fish move on dry land.

Ashley-Ross is an expert in how animals move, with special expertise in the biomechanics of fish and amphibians. She is a world expert in salamander locomotion, and a leader in the study of “fish out of water” or how some species of fish move on dry land. The Ashley-Ross lab studies the mechanistic basis of animal behavior and uses a variety of techniques in pursuit of answers to the question of how animals do what they do. Investigations usually start with the anatomy of the bones and muscles involved in the behavior, and progresses to high-speed video recording to quantify movement, and on to recording the patterns of muscle activity that produce the movement via a method called electromyography. While the uniting theme of the Ashley-Ross lab is understanding animal locomotion, individual students are encouraged to develop their own interests. Currently, investigations include:

+ Exploring the evolution of tetrapod locomotion by quantifying underwater locomotion using the limbs in salamanders. The fossil evidence indicates that the appearance of the tetrapod limb and foot pre-dated the move to land and salamanders are the best available match as a model that approximates the posture of early tetrapods.

+ Examination of the biomechanics of prey capture and movement in tarantulas. These large, hairy, ground-dwelling spiders can capture small arthropods (such as crickets) in less than one-tenth of a second; how? Like other arthropods, spiders have to molt in order to grow. To do this, spiders roll over onto their backs to shed the old exoskeleton, and then have to flip back over onto their feet. Given the typical low-slung posture of spiders, how do they do it?

+ Understanding how many species of small fish are able to jump on land using a coordinated “tail flip” behavior, even though these fish lack any apparent anatomical specializations for terrestrial movement.

Ashley-Ross teaches Comparative Anatomy, Biomechanics, Comparative Physiology, and team-teaches Ecology and Conservation Biology of Coral Reefs with Miles Silman. In this latter course, students spend Spring Break on Lighthouse Reef, Belize, one of the most isolated and pristine atolls in the Caribbean Sea. 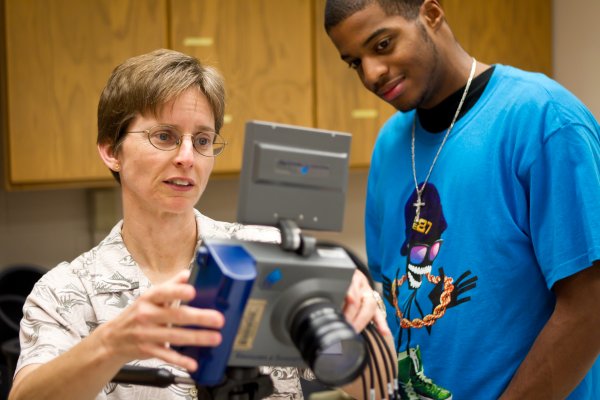 Did early land animals get a leg up by using their tails?

"Whether the mudskipper actually represents a transitional stage for the transition from aquatic to terrestrial locomotion is still subject to some debate," says Frank Fish, a biologist at West Chester University who was not part of the study, in a phone interview.

And "it would be a mistake to read this paper and assume that all early tetrapods moved like a mudskipper," Miriam Ashley-Ross, a biologist studying functional morphology at Wake Forest University who was not part of this study, tells the Monitor in an email.

The study was co-authored by Wake Forest researchers Morgan Burnette, a biology graduate student, and Miriam Ashley-Ross, associate professor of biology, whose work focuses on the mechanics of animal behavior in a variety of animal species.

"The force of their jets of water isn't decreasing by much when they shoot at a distant target," Burnette said, "but the fish consistently chose closer targets to ensure a food payoff because, ultimately, it's about whether the fish is going to eat or not that day."

That tail, which is used for grasping objects, is made of about 36 squarish segments with a boxy cross section rather than the more common cylindrical form, such as an arm or a leg or a tree branch. That's already weird, but it seems even stranger to see on a water-dwelling animal, where you would think that the smoothest, most streamlined shape would win out.

"When living organisms deviate from the norm, there's usually a good biomechanical reason: a clue to some specific problem that needs to be solved," Miriam Ashley-Ross of Wake Forest University in North Carolina, who was not involved in the paper, pointed out in a commentary.