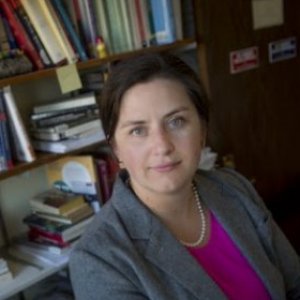 
Mirya Holman is an expert on women and politics, local politics, research methods and environmental politics. 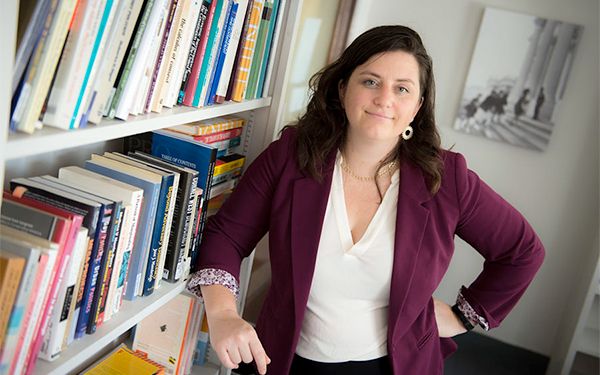 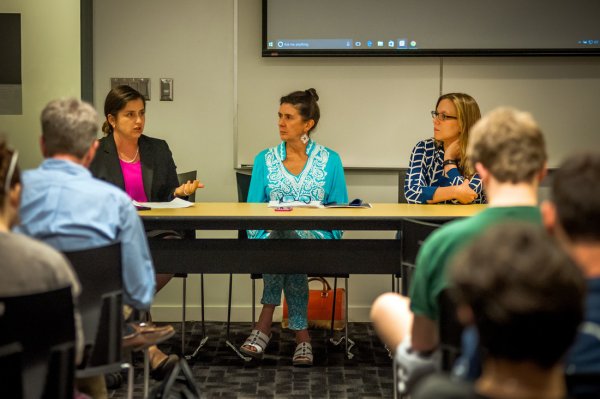 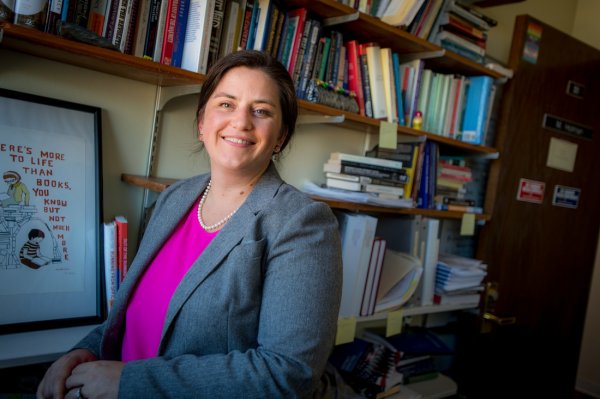 Her book, "Women in Politics in the American City" (Temple University Press) examines the effect of the female mayors and city council members on urban politics.

She is currently researching gender and political ambition, how local politics change when cities encounter financial distresses, the role of religious beliefs in political attitudes and actions, gender and the 2016 election and the pathways to political office, as well as a variety of other projects. Her research used a variety of advanced methods, with a focus on experimental and survey research.

Holman is currently organizing (with Rachel Bernhard, Shauna Shames, and Dawn Teele) a "Dialogues piece at Politics, Groups and Identities" and an edited volume on "Good Reasons to Run," which focuses on the ways that we can get a more diverse group of people running for office.

“There’s always been some aspects of immigration enforcement devolved to the local level, particularly for border counties,” says Mirya Holman, a political scientist who studies sheriffs at Tulane University in Louisiana. “Now there’s a lot more attention on sheriffs as immigration policymakers.”

“It’s wild,” said Mirya Holman, a political scientist at Tulane University who co-authored a 2015 report that found that 95 percent of sheriffs in the country were white. That figure, she argued, is no accident. “There’s a lot of history of sheriffs being key upholders of racist institutions,” Holman noted recently. “Sheriffs played key roles in Jim Crow, in enforcing racist laws in the South. They played key roles in instigating race riots in the American Northeast and Midwest, on the West Coast.”

Another Historic Night for Women, and Not Just in Congress

Mirya Holman, a political science professor at Tulane University, notes that many of these races weren’t considered competitive a year ago. “A couple of these candidates ran without party support and basically worked really hard and were able to win,” she says.

Women Don’t Think Alike. Why Do We Think They Do?

“There are a lot of white religious women and rural women in the Republican Party,” said Mirya R. Holman, a political scientist at Tulane who is a co-author of the study about the effectiveness of Mr. Trump’s election attacks on women. “This sort of national dialogue of ‘All women should hate Donald Trump’” is alienating, she said. Being told, in effect, that their deeply held convictions are idiotic makes it impossible to have a productive national conversation about sexual misconduct.

More women are emerging in national politics. But Georgia local office is a little closer to parity.

That’s a typical path for a woman to local elected office, as described by Mirya Holman, an associate professor of political science at Tulane University who studies women and local office...

She threw up when police pulled her over. Now this black mother of 3 is the next DA

The attention on sheriffs has been fueled by a number factors that include President Donald Trump's “very vocal” support of former Arizona sheriff Joe Arpaio, said Mirya Holman, a Tulane University political science professor who has been researching sheriffs since 2012...

According to research by the political scientists Mirya Holman and Emily Farris, sheriffs who believe myths about abused women—for instance, that they can easily leave their abusers—are less likely to demand the mandatory arrest of domestic-violence suspects. Similarly, sheriffs critical of immigrants are more likely to order deputies to check a driver’s immigration status during a routine traffic stop. Holman, an associate professor at Tulane University, said that many sheriffs believe, “I’m this independent man that has control over this, and no one can tell me what to do.”

Mirya R Holman, an assistant professor of political science at Tulane University who studies gender and politics, said: “This does mimic what conservative women have said in the past: ‘You liberals think you’re so enlightened but we still get people saying vile things about us’”...

Climate change communication from cities in the USA

2018 Cities in the USA engage in action on climate change, even as the federal government remains resistant to comprehensive climate policy. While experts generally agree that local level adaptation and mitigation policies are critical to avoiding the worst climate impacts, the degree to which cities communicate climate change issues to their constituents has yet to be fully explored. In this article, we evaluate how US cities communicate climate change-related issues, problems, and policies. We use a computer-assisted approach to evaluate climate change efforts by cities by examining the full text of press releases of 82 large cities in the USA. We first identify who discusses climate change, finding that many large cities in the USA address climate change in their public communication. Second, we examine the content of these discussions. Many cities discuss weather-related concerns in conjunction with broad collaborative efforts to address global warming, while city-based policy discussions focus more on energy and transportation efforts. Third, we evaluate the local factors associated with these discussions. We find that the city’s climate vulnerability is particularly influential in shaping the level and timing of climatic communication.

2018 Collaboration plays a key role in crafting good public policy. We use a novel data set of over 140,000 pieces of legislation considered in US state legislatures in 2015 to examine the factors associated with women's collaboration with each other. We articulate a theory that women's collaboration arises from opportunity structures, dictated by an interaction of individual and institutional characteristics. Examining the effect of a combination of characteristics, we find support for an interactive view of institutions, where women's caucuses accelerate collaboration in Democratic‐controlled bodies and as the share of women increases. Collaboration between women also continues in the face of increased polarization in the presence of a caucus, but not absent one. Our findings speak to the long‐term consequences of electing women to political office, the importance of institutions and organizations in shaping legislative behavior, and the institutionalization of gender in politics.

2018 The 2016 US Presidential election was unique for many reasons, especially the widespread endorsement of falsehoods about the candidates and the electoral process. Using a unique experiment fielded the week prior to the election, we examine whether correcting information can overcome misperceptions about election fraud. We find that providing counter information is generally ineffective at remedying misperceptions and can, depending on the source, increase endorsements of misperceptions among Republicans. Although information from a fact-checking source is generally unconvincing, when given with evidence from an unlikely source – in our experiment, Breitbart News – both Republicans and Democrats decrease beliefs in voter fraud.

Women in Local Government: What We Know and Where We Go From Here

2017 Women are underrepresented in most elected and appointed positions in local government in the United States. This essay details what we know about women’s representation in cities and counties, with a discussion of the factors associated with women’s higher or lower levels of representation. The effects of women’s lack of parity are then discussed including policy attitudes, the policy process, and policy outcomes. In sum, this essay organizes knowledge on women in local government, identifies gaps in what we know, and promotes future investigations to expand our knowledge of gender politics, local politics and governance, and public policy.