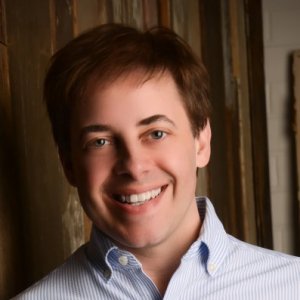 
Prinstein is an expert on children’s and adolescents’ peer relationships. 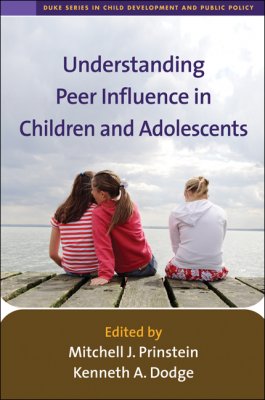 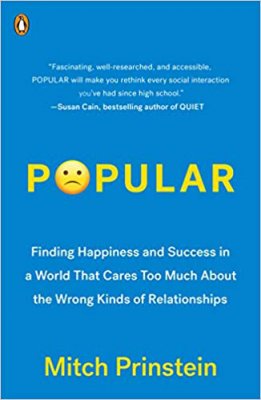 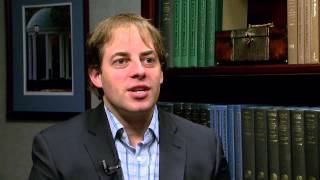 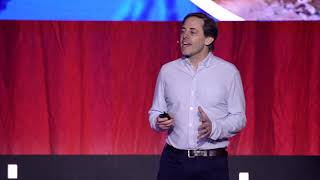 Mitch Prinstein is the John Van Seters Distinguished Professor of Psychology and Neuroscience and Director of Clinical Psychology in UNC's College of Arts and Sciences. He is an expert on children’s and adolescents’ peer relationships. He studies children’s popularity, peer victimization, social media use and how adolescents are influenced by their peers. He also studies adolescents’ depression and self-injurious behavior, including suicide.

President of the Society for a Science of Clinical Psychology (professional)

The Society for a Science of Clinical Psychology (SSCP) was established in 1966. Its purpose is to affirm and continue to promote the integration of the scientist and the practitioner in training, research and applied endeavors.

President of the Society of Clinical Child and Adolescent Psychology (professional)

The purpose of the Society of Clinical Child and Adolescent Psychology is to encourage the development and advancement of clinical child and adolescent psychology through integration of its scientific and professional aspects. The division promotes scientific inquiry, training, professional practice and public policy in clinical child and adolescent psychology as a means of improving the welfare and mental health of children, youth and families

Editor of the Journal of Clinical Child and Adolescent Psychology (professional)

This is the official journal for the Society of Clinical Child and Adolescent Psychology (Division 53), APA.

Prinstein is also board certified in Clinical Child and Adolescent Psychology

*Prinstein has conducted over 200 media interviews in the last few years.

"Death by Text: A teenager sent her depressed boyfriend hundreds of messages encouraging him to commit suicide. Does that make her his killer?"

Carter and Roy were, in a way, replicating a disturbing dynamic that happens in some online forums, where the severely depressed can gather and discuss best practices for self-harm and suicide. “Without being able to understand what each person might be going through personally, it certainly seems to be the case that those who experience mental illness can end up reinforcing maladaptive behaviors accidentally, or because they’re not resourced to know how to better help,” said Mitch Prinstein, a professor of clinical psychology at the University of North Carolina–Chapel Hill who studies peer-to-peer relationships and their effects on teen depression and self-harm.

Is The Resilience Of Millennials Underrated?

"I've definitely heard reports regarding increased levels of psychopathology among millennials," says Mitch Prinstein, a psychologist at the University of North Carolina at Chapel Hill. "But I'm not sure there are data to support that."...

"The cluster effect: Is self-harming contagious?"

t’s unknown exactly how many individuals engage in non-suicidal self-injury. (Some U.S. studies have reported the behaviour in around 8 per cent of preteens and between 12 and 23 per cent of teens.) But Mitch Prinstein, a distinguished professor of psychology at the University of North Carolina at Chapel Hill, who studies adolescent self-injury, says it appears considerably more prevalent among children and young adults today than in previous generations.

Dr. Mitchell J. Prinstein, a professor of psychology at the University of North Carolina at Chapel Hill who studies adolescent social development, said that while teenagers all long to be accepted by their peers studies suggest that parents can reinforce qualities that will help them withstand the pressure to be too cool, too fast. “Adolescents also appreciate individuality and confidence,” he said. “Adolescents who can stick to their own values can still be considered cool, even without doing what the others are doing.”

"Peer Pressure for Teens Paves the Path to Adulthood"

June 17, 2013 In terms of who is most resistant to peer pressure, researchers have identified some characteristics of kids who are resilient against peer influence, such as those who are more popular, have families with low dysfunction and have high communication skills. But they still don't know why these kids are less susceptible, according to Mitchell Prinstein, a psychology professor at the University of North Carolina at Chapel Hill, who studies popularity and peer influence.

"How to Help Teens Deal with Rejection"

March 2012 Teens are vulnerable and tend to measure their self-worth by the reactions of their classmates. Mitch Prinstein, Ph.D., director of Clinical Psychology at UNC Chapel Hill and editor of the Journal of Clinical Child and Adolescent Psychology, says that kids who experience peer rejection are more likely to drop out of school, use drugs and alcohol, and engage in risky sexual behavior. This is caused by a combination of factors, including stress and loneliness, the development of a hostile way of viewing the world, and the fact that rejected teens tend to seek out one another and together are more likely to do something dangerous.

"Peeking at the Negative Side of High School Popularity

June 18, 2010 Mitchell J. Prinstein, a professor and director of clinical psychology at the University of North Carolina, outlines the way researchers often look at popularity: there are the students he calls “high status,” like the student council president or the captain of the football team. Continue reading the main story “Some of the most popular kids are very much disliked by other kids,” he said. This may be partly envy, but sometimes these standout teenagers can be bullies or part of the mean-girl clique.

Beyond Homophily: A Decade of Advances in Understanding Peer Influence Processes

A performance-based measure of peer influence susceptibility was examined as a moderator of the longitudinal association between peer norms and trajectories of adolescents’ number of sexual inter- course partners. Seventy-one 9th grade adolescents (52% female) participated in an experimental “chat room” paradigm involving “e-confederates” who endorsed sexual risk behaviors. Changes in partici- pants’ responses to risk scenarios before versus during the “chat room” were used as a performance-based measure of peer influence susceptibility.

Most peer influence research examines socialization between adolescents and their best friends. Yet, adoles- cents also are influenced by popular peers, perhaps due to misperceptions of social norms. This research examined the extent to which out-group and in-group adolescents misperceive the frequencies of peers’ deviant, health risk, and adaptive behaviors in different reputation-based peer crowds (Study 1) and the prospective associations between perceptions of high-status peers’ and adolescents’ own substance use over 2.5 years (Study 2).

Evidence Base Updates: The Evolution of the Evaluation of Psychological Treatments for Children and Adolescents

July 23, 2014 This article introduces a new feature in the journal: Evidence Base Updates. Starting with this issue of the journal, there will be one such update in each issue. The updates will focus on reviewing the treatments studies focused on a specific child = adolescent problem area and identifying those treatments with the strongest evidence base. Updates will use a revised set of criteria for evaluating the evidence, based on past work, but modified to emphasize methodological rigor of studies and designed to identify those treatments with questionable efficacy. The article also places the evaluation of psychological treatments in historical context. As well, the changes made in the criteria are discussed.

June 24, 2014 Adopting a multi-level approach, this study examined risk factors for adolescent suicidal ideation, with specific attention to (a) hypothalamic-pituitary-adrenal (HPA) axis stress responses and (b) the interplay between HPA-axis and other risk factors from multiple domains (i.e., psychological, interpersonal and biological).