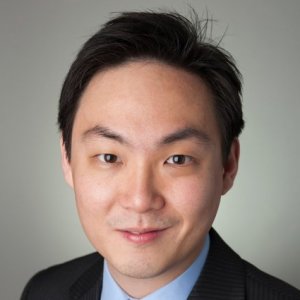 M.K. Chin is an Assistant Professor of Management in the department of Management and Entrepreneurship. His areas of expertise include strategic leadership, corporate governance, stakeholder theory, values and political ideologies of top executives.

2018 We examine how two dimensions of CEOs’ political ideologies – social and economic – each influences top management team (TMT) decision-making processes and in turn corporate entrepreneurship. We theorize that CEOs’ social liberalism influences the amount and types of information used during TMT decision-making processes, while CEOs’ fiscal liberalism influences the degree of cooperation occurred during TMT decision-making processes. We also hypothesize that these two ideology dimensions influence corporate entrepreneurship through TMT decision-making processes. We test our theory with a sample of 141 small and medium-sized Iranian firms. We find that TMTs with socially liberal CEOs tend to go through more extensive information search processes, which in turn is negatively related to corporate entrepreneurship, and that TMTs with fiscally liberal CEOs tend to go through more cooperative processes, which in turn is positively related to corporate entrepreneurship. This study re-conceptualizes executive political ideology by disentangling the distinct effects of social and economic dimensions of ideology and yields new theoretical insights on the implications of executive political ideologies for firm strategies and outcomes. In addition, through explicit examination of the mediating mechanisms, this study develops more precise theoretical explanations of how CEO political ideologies affect strategic behaviors.

2017 This symposium aims to explore the implications of political ideologies in the management literature, which has begun to show that various organizational outcomes can be traced back to the political ideologies of organizational actors. In light of this growing interest for considering the implications of political ideology for various theories of organizations, different levels of analyses, and organizational types, we propose a panel symposium on this topic to bring together a community of scholars who have conducted high-quality research and help scholars engage in cross-fertilization of ideas. By bring these scholars together, this symposium will provide an opportunity for both presenters and audiences to discuss not just what we know from this body of research, but also what are the gaps in scholarly understanding on this topic."

2014 In an effort to comprehend activism toward corporations, scholars have proposed the concept of corporate opportunity structure, or the attributes of individual firms that make them more (or less) attractive as activist targets. We theorize that the personal values of the firm's elite decision makers constitute a key element of this corporate opportunity structure. We specifically consider the political ideology—conservatism versus liberalism—of the company's CEO as a signal for employees who are considering the merits of engaging in activism. To test of our theory, we examine the formation of lesbian, gay, bisexual, and transgender employee groups in major companies in the period 1985–2004, when the formation of such groups was generally perceived to be risky for participants. Using CEOs' records of political donations to measure their personal ideologies, we find strong evidence that the political liberalism of CEOs influences the likelihood of activism. We also find that CEOs' ideologies influence activism more strongly when CEOs are more powerful, when they oversee more conservative (i.e., less liberal) workplaces, and when the social movement is in the early phase of development. We identify theoretical and practical implications, as well as future research opportunities.

Political ideologies of CEOs: The influence of executives’ values on corporate social responsibility