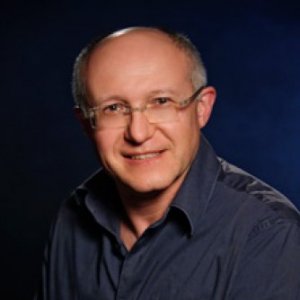 Mladen Milicevic received a B.A. (1982) and an M.A. (1986) in music composition and multimedia arts studying at The Music Academy of Sarajevo, in his native Bosnia- Herzegovina. In 1986 Mr. Milicevic came to the United States to study with Alvin Lucier at Wesleyan University in Connecticut, from which he received his masters in experimental music composition (1988). From the University of Miami in Florida, Mr. Milicevic received his doctorate in music composition in 1991, studying with Dennis Kam. For several summers, he also studied with Michael Czajkowski at the Aspen Music School. He was awarded numerous music prizes for his compositions in the former Yugoslavia as well as in Europe.

Working in his homeland as a freelance composer for ten years, he composed for theater, films, radio and television, also receiving several prizes for this body of work. Since he moved to the United States in 1986, Mr. Milicevic has performed his live electronic music, composed for modern dances, made several experimental animated films and videos, set up installations and video sculptures, had exhibitions of his paintings, and scored for films. His interests are interdisciplinary and he has made many presentations at various international conferences on a wide range of topics such as music, film, aesthetics, semiology, sociology, education, artificial intelligence, religion, and cultural studies. Bizarrely enough, in 2003 he has scored film “The Room” which has now become an international phenomenon as the worst film ever made.

Up Against Amanda (professional)